A fast-paced new tale of Lightning McQueen, his classic “Cars” friends and a new spirited trainer Cruz Ramirez. Blindsided by a new generation of blazing-fast cars, the legendary Lighting McQueen finds himself pushed out of the sport that he loves. Hoping to get back in the game, he turns to Cruz Ramirez, an eager young 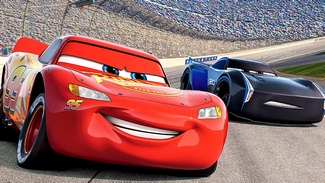 technician who has her own plans for winning. With inspiration from the Fabulous Hudson Hornet and a few unexpected turns, No. 95 prepares to compete on Piston Cup Racing’s biggest stage. The third chapter of race car McQueen’s story pays homage to NASCAR with four characters based on real-life stock car racing legends. The film features a score by Oscar-winning composer Randy Newman (“Toy Story 3,” “Cars”), instrumental cues composed by Brad Paisley, and original songs by ZZ Ward and Grammy-winner Dan Auerbach.
Vitals: Director: Brian Fee. Stars: Voices of Owen Wilson, Cristela Alonzo, Armie Hammer, Chris Cooper, Isiah Whitlock Jr., team owner and NASCAR racing legend Junior Johnson, Kerry Washington, Margo Martindale, Nathan Fillion, Lea DeLaria, Formula One driver Lewis Hamilton.
2017, CC, MPAA rating: G, 103 min., Family Animation, Box office gross: $151.484 million, Disney.
Extras: Commentary with Brian Fee (director), Kevin Reher (producer), Andrea Warren (co-producer) and Jay Ward (creative director); theatrical short “Lou”: When a toy-stealing bully ruins recess for a playground full of kids, only one thing stands in his way: the “Lost and Found” box. Blu-ray adds “Miss Fritter’s Racing Skoool” new mini-movie; “Let’s. Get. Crazy.” featurette that takes a look at the world of demolition derby, the “rules” of figure 8 racing, and how Pixar puts the crazy in the Thunder Hollow Crazy 8 race; “Legendary” look at the racing legends Wendell Scott and Louise Smith, whose tenacity and perseverance got them into the race even when they weren’t invited; “Ready for the Race” in which Disney Channel’s Olivia Rodrigo and NASCAR Racer William Byron check out the Hendrick Motorsports campus to showcase how real-world race training influenced the filmmakers; “World’s Fastest Billboard” featurette on all of the graphics and “car-ified” advertisements created by Pixar’s art team to make the ”Cars 3” world as believable as possible; “Cruz Ramirez: The Yellow Car That Could” featurette on the filmmakers’ journey to create a race-car trainer turned champion racer; “Generations: The Story of Cars 3” behind-the-scenes featurette; “My First Car” collection of illustrated first-car stories as narrated by members of the “Cars 3” cast and crew; deleted scenes, with an introduction as to why each scene was removed from the film: “The Boogie Woogie,” “The Jars of Dirt,” “Lugnut,” “The Bolt,” and “More Than New Paint”; “Cars to Die(cast) For” takes a look at the phenomenon of die-cast toy collecting and the more than 1,000 unique designs that exist in the “Cars” universe;

Chronicles the adventures of a young girl growing up in a an eccentric, resilient and tight-knit family of nonconformist nomads. Larson brings Jeannette Walls’s best-selling 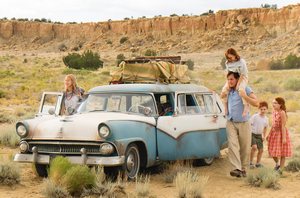 The world’s top protection agent (Ryan Reynolds) is called upon to guard the life of his mortal enemy, one of the world’s most notorious hit men (Jackson). The relentless bodyguard and manipulative assassin have been on the opposite end of the bullet for 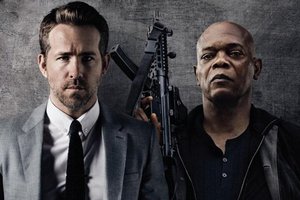 Eleven-year-old orphan Félicie (Elle Fanning) has one dream — to go to Paris and become a dancer. Her best friend, Victor (Nat Wolff), an imaginative, exuberant boy with a passion for creating, has a dream of his own — to become a famous inventor. In a leap 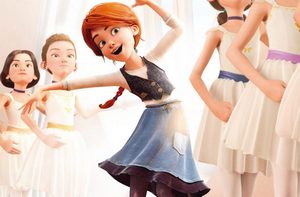 of faith, Victor and Félicie leave their orphanage in pursuit of their passions. But there’s a catch: Félicie must pretend to be the child of a wealthy family in order to gain admittance to the prestigious and competitive Opera Ballet School in Paris. And with no professional dance training, she quickly learns that talent alone is not enough to overcome the ruthless, conniving attitudes of her fellow classmates, led by the devious Camille Le Haut (Maddie Ziegler). Determined to succeed, Félicie finds her mentor in the tough and mysterious school custodian, Odette (Carly Rae Jepsen), who, along with Victor’s encouraging friendship, help her reach for the stars.
Vitals: Director: Eric Summer, Éric Warin. Stars: Voices of Elle Fanning, Nat Wolff, Maddie Ziegler, Mel Brooks, Carly Rae Jepsen, Kate McKinnon.
2017, CC, MPAA rating: PG, 89 min., Animated Family, Box office gross: $12.760 million, Lionsgate.
Extras: “In the Recording Booth with Kate McKinnon, Nat Wolff, and Maddie Ziegler” featurette; Behind-the-scenes video gallery: “The Birth of a Dream,” “Animating the Dance” and “Reconstructing 19th Century Paris.”

Valerian and the City of a Thousand Planets

Based on the best-selling French comic series “Valérian and Laureline” by Pierre Christin and Jean-Claude Mézières, published by Dargaud — visionary writer-director Luc 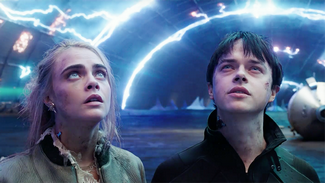 Besson (“The Fifth Element,” “Lucy”) advances this iconic source material into a contemporary and unique science fiction saga. In the 28th century, Valerian (Dane DeHaan) and Laureline (Cara Delevingne) are a team of special operatives charged with maintaining order throughout the human territories. Under assignment from the Minister of Defense, the two embark on a mission to the astonishing city of Alpha — an ever-expanding metropolis where species from all over the universe have converged over centuries to share knowledge, intelligence, and cultures with each other. There is a mystery at the center of Alpha, a dark force that threatens the peaceful existence of the City of a Thousand Planets, and Valerian and Laureline must race to identify the marauding menace and safeguard not just Alpha, but the future of the universe.
Vitals: Director: Luc Besson. Stars: Dane DeHaan, Cara Delevingne, Clive Owen, Ethan Hawke, John Goodman, Rihanna, Rutger Hauer, Herbie Hancock.
2017, CC, MPAA rating: PG-13, 137 min., Science Fiction, Box office gross: $40.479 million, Lionsgate.
Extras: “Citizens of Imagination: Creating the Universe of Valerian” five-part documentary: “Paper, Ink, Flesh, Blood: Origins and Characters,” “To Alpha and Beyond: Production and Stunts,” “Denizens of the Galaxy: Humans and Aliens,” “The Final Element: Visual Effects” and “Wrap Up”; Enhancement Pods; “The Art of Valerian” photo gallery. 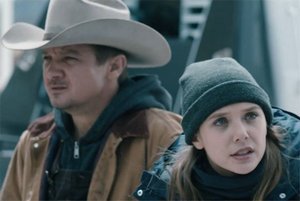