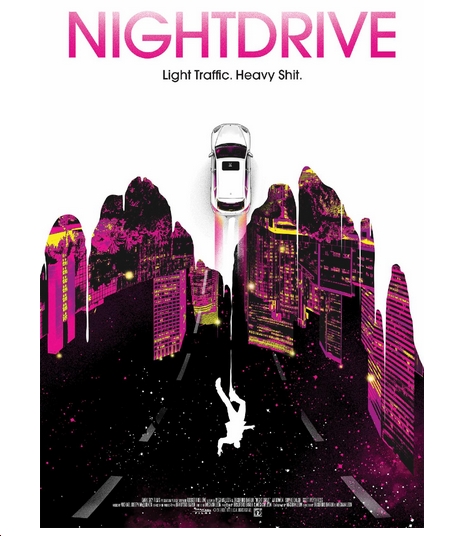 Dark Sky Films proudly announces the August 6th theatrical + digital release of NIGHT DRIVE, a shocking ride with a wicked sense of humor from the filmmakers behind the cabin-in-the-woods thriller Dead Night. Below you will find the poster premiere and the embeddable trailer for your coverage consideration.

AN UNFORGETTABLY SHOCKING RIDE FROM DARK SKY FILMS
Russell (AJ Bowen – You’re Next, The Signal) is a driver in Los Angeles who’s reeling from a series of bad decisions. While his life seems to be caught in a downward spiral, a business proposition from an alluring but enigmatic passenger named Charlotte (Sophie Dalah – Unbroken, Dead Night) proves too good to turn down. A simple ride turns deadly, catapulting Russell into an even darker place, but Charlotte may be the key to a second chance he thought he’d never have… if he can make it through the night.

Surprising at every turn and with a wickedly dark sense of humor, directors Meghan Leon’s and Bradford Baruh’s Night Drive is an unforgettably shocking ride-along with a seemingly normal man and the most abnormal of passengers.