“Pitch Perfect 2.” For more information on these and other releases this week, see the Weekly Guide to Home Video Releases.

“Mister Johnson”: A decade after he broke through with “Breaker Morant” (1980) — and one year after his American hit “Driving Miss Daisy” (1989) — Australian director Bruce Beresford returned to the theme of colonialism and its effects on individuals with this acclaimed film starring Maynard Eziashi (“Bopha!”), Pierce Brosnan and Edward Woodward. Eziashi, who won the Berlin Film Festival’s Silver Bear for best actor for his role here, 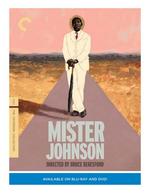 plays a Nigerian villager in 1923 British Colonial Nigeria desperate to take on British airs, please the authorities and, on the side, become upwardly mobile by making money and shunning his tribesmen. As a civil servant for a sympathetic district officer (Brosnan), Mister Johnson is at the intersection of the clash of two cultures, highlighting the ultimate folly of the “white man’s burden.” Bright and ambitious to a fault — and despite his endearing nature — Mister Johnson has a tragic downfall. Beresford captures both the humor and tragedy of the colonial situation, pointing out the foibles of both hoise who rule and those who are ruled. The cinematography is luscious, the acting superb, the story — based on a 1939 novel by Joyce Cary — imminently affecting. “Mister Johnson” ranks right up there with such great films about colonial Africa as Jean-Jacques Annaud’s “Black and White in Color” (1976) and Bertrand Tavernier’s “Coup de torchon” (1981). On DVD and Blu-ray, in a new 4K digital restoration, supervised and approved by Beresford with uncompressed stereo soundtrack on the Blu-ray. Extras include new video interviews with Beresford, producer Michael Fitzgerald, and actors Maynard Eziashi and Pierce Brosnan. From The Criterion Collection. (PS: For a look at the wild and wooly Beresford before he became Americanized, check out the 1976 quirky Australian drama “Don’s Party.”

The aforementioned “Breaker Morant” gets the Criterion treatment this week with a 4K digital restoration, supervised and approved by Beresford: At the turn of the 20th century, three Australian army lieutenants are court-martialed for alleged war crimes committed while fighting in South Africa. With no time to prepare, an Australian major, appointed as defense attorney, must prove they 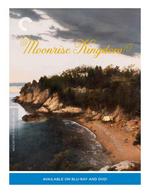 were just following the rules of war and are being made into political pawns by the British imperial command. Stars Edward Woodward, Bryan Brown and Jack Thompson. Also from Criterion this week is a restored 2K digital transfer of director Wes Anderson’s masterpiece, “Moonrise Kingdom” (2012): On an island off the New England coast during the summer of 1965, two 12-year-olds, Sam and Suzy, fall in love, make a secret pact, and run away together into the wilderness. As local authorities try to hunt them down, a violent storm is brewing offshore … The gorgeously framed and shot “Moonrise Kingdom” stars Jared Gilman and Kara Hayward as the young couple on the run, Bruce Willis as Island Police Captain Sharp, Edward Norton as Khaki Scout troop leader Scout Master Ward, and Bill Murray and Frances McDormand as Suzy’s attorney parents, Walt and Laura Bishop. The cast also includes Tilda Swinton, Jason Schwartzman and Bob Balaban. The magical soundtrack features the music of Benjamin Britten. 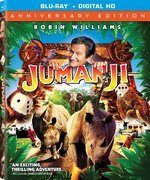 “Arrow: The Complete Third Season” (2014-15) is a five-disc DVD and four-disc Blu-ray with all 23 episodes. from Warner … “CPO Sharkey: The Complete Second Season” (1977-78) is a three-disc set with 22 episodes, $29.95. For two seasons (1976-1978) and 37 episodes, Don Rickles brought his distinctive brand of comedy to NBC-TV as the star of “CPO Sharkey.” As a 24-year naval veteran, Chief Petty Officer Otto Sharkey had seen and heard it all. He was politically incorrect before the term existed, and the recruits he whipped into shape at the San Diego naval training center received most of his shards of wisdom. They may 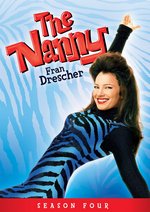 have been hockey pucks, but they were his hockey pucks — ready, willing, and able to endure one verbal Shark attack after another. From Time Life … “The Flash: The Complete First Season” (2014-15) is a five-disc DVD and four-disc Blu-ray with all 23 episodes, from Warner … “Modern Family: The Complete Sixth Season” (2014-15) is a three-disc set with 24 episodes, from Fox … “The Nanny: Season Four” (1996-97) is a three-disc set with all 26 episodes, $34.99. The irrepressible Fran Drescher returns for the fourth season of “The Nanny,” a sitcom classic that dresses to impress. Nanny Fran Fine (Drescher) and the Sheffields are up to all-new shenanigans and misadventures in the fourth season, which delivers not only big laughs but big guest stars (including Bette Midler, Donald Trump, Pamela Anderson, Celine Dion, Jon Stewart, Jason Alexander, and Joan Collins). From Shout! Factory … 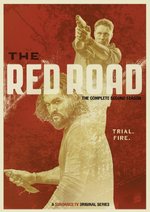 “The Red Road: The Complete Second Season” (2014) is a two-disc set with all six episodes of the Sundance TV series that centers around two clashing communities: a Native American tribe, and the small town of which they are forced to coexist. The long awaited federal recognition of the tribe has exacerbated decades-old tensions and history, and the fates of Sheriff Harold Jensen and Phillip Kopus are once again tied as the relationship between their communities becomes volatile. Season Two picks up a year after the end of Season One. Phillip is on parole trying to stay out of trouble. But things have changed: Sheriff Jensen has become lieutenant and the tribe is now in talks to build a casino. Kopus must endure his own version of an ordeal, a Native American test of courage and fortitude that leads either to redemption or to death. The tribe and the community must decide their futures after they are ravaged by the deaths of some of their most prominent members. From Anchor Bay.

Nearly a decade before he donned Freddy Kruger’s famous red and green sweater, horror icon Robert Englund delivered a supremely sleazy performance in the Southern terror “Eaten Alive” (1977) from Tobe Hooper, director of “The Texas Chain Saw Massacre.” Deep in the Louisiana bayou sits the ramshackle Starlight Hotel, presided over by the bumbling, mumbling Judd, who may seem like a good-natured ol’ Southern gent but has a mean temper and a large 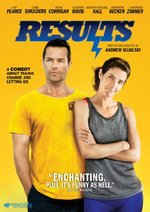 scythe and loves to feed his guests to his pet croc. Stars Neville Brand, Mel Ferrer, Carolyn Jones, Marilyn Burns, William Finley, Stuart Whitman. In a Blu-ray/DVD combo set loaded with extras, superb cover artwork and booklets, from Arrow Video/MVD Entertainment … In the comedy “Results” (2015), starring Guy Pearce, Cobie Smulders, Kevin Corrigan and Giovanni Ribisi, recently divorced, newly rich, and utterly miserable Danny (Corrigan) would seem to be the perfect test subject for a definitive look at the relationship between money and happiness. Danny’s well-funded ennui is interrupted by a momentous trip to the local gym, where he meets self-styled guru/owner Trevor (Pearce) and irresistibly acerbic trainer Kat (Smulders). Soon, their three lives are inextricably knotted, both professionally and personally On DVD, Blu-ray Disc from Magnolia Home Entertainment … When Special Operative James Webster (Michael Jai White) returns home from duty, he witnesses the brutal slaying of his brother in “Chain of Command” (2015), he immediately tries to retaliate and hunt down the perpetrators … but as he does, he delves deeper into a secret world of corruption and murder and finds himself at the center of a deadly conspiracy that cuts deep inside the walls of the U.S. Government. Also stars Steve Austin and Max Ryan. From Lionsgate.

In “Finding Neighbors” (2013), starring Michael O’Keefe, Catherine Dent, Blake Bashoff, Julie Mond, Sean Patrick Thomas and Mike Genovese, a successful stay-at-home graphic novelist hits a mid-life and creative crisis when, after the failure of his last work, he develops writers block. Seeking inspiration, he first turns to his provocative next-door female neighbor but, to the surprise of his wife, he actually ends up spending all of his time with 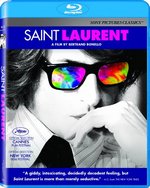 the another next-door neighbor, a gay fellow “househusband” with whom he becomes emotionally intimate. From Strand Releasing … In “The Journey Home (aka Midnight Sun)” (2014), starring Dakota Goyo, Goran Visnjic and Bridget Moynahan, a young boy attempts to reunite an abandoned polar bear cub with its mother in northern Canada. But when a violent storm closes in, his mother and a family friend frantically search for the daring pair as they defy starvation and below freezing temperatures so both boy and bear can complete their own journeys home. From RLJ Entertainment … “Saint Laurent” (2015) is a docudrama about Yves Saint Laurent’s life from 1967 to 1976, during which time the famed fashion designer was at the peak of his career … when he found both artistic inspiration and personal torment in the liberation and hedonism of the times. Explores the mind of the creative genius, the intricacies that turned a haute-couture label into a worldwide phenomenon, and the glamour and decadence that followed Saint Laurent’s footsteps of fame and fortune. France’s official submission for Best Foreign Language Film for the 87th Academy Awards. Stars Gaspard Ulliel, Jeremie Renier, Lea Seydoux, Louis Garrell, Amira Casar, Aymelyne Valade, Helmut Berger. On DVD, Blu-ray Disc from Sony.

“The Farewell Party” (2015 — Israel) is a unique, compassionate and surprisingly funny story of a group of friends at a Jerusalem retirement home who decide to help their terminally ill friend. When rumors of their assistance begin to spread, more and more people ask for their help, and the friends are faced with a life and death dilemma. From First Run Features … Acclaimed director Andre 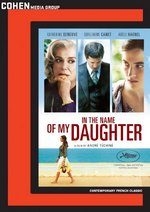 Techine brings a gripping real-life thriller to the screen with “In the Name of My Daughter” (2015 — France), starring Adele Haenel, Catherine Deneuve, Guillaume Canet. When her marriage falls apart in 1976, Agnes Le Roux (Haenel) moves back to the South of France from Africa to live with her mother, Renee (Deneuve), owner of the Palais de La Mediterranee casino in Nice. There, Agnes falls in love with Maurice Agnelet (Canet), a lawyer and Renee’s business advisor, who is 10 years her senior. Agnes is madly in love with him and he introduces her to a rival casino owner, Fratoni, who wants to win control of the Palais de la Mediterannee. Fratoni bribes Agnes to vote against her mother at a stockholders’ meeting and Renee loses control of the casino. In November 1977, after a failed suicide attempt, Agnes disappears. Her body is never found. Thirty years on, Maurice Agnelet remains the prime suspect in a murder case with no body and no proof of his guilt. Convinced of his involvement, Renee is prepared to fight to the bitter end to see him put behind bars. On DVD, Blu-ray Disc from Cohen Media Group.

Even Bikini Bottom needs protection from evildoers and the ocean’s greatest heroes are here to save the day in “SpongeBob SquarePants: The Adventures of SpongeBob SquarePants”
(2014), a collection of eight animated SpongeBob episodes. Whether it’s Patrick-Man working hard to clean up Bikini Bottom or the legendary Mermaid Man and Barnacle Boy being dragged back into the crime-fighting business, there is no stopping these deep-sea heroic adventures — available together for the first time. $14.88 from Nickelodeon/Paramount … “The Beginners Bible, Volume 4” (2014) is the latest DVD installment in the acclaimed, family-friendly series based on the best-selling children’s book of the same name, features three timeless tales: “The Story of Joseph & His Brothers,” “Daniel & the Lion’s Den,” and “The Battle of Jericho”; and a bonus story “The Story of Jonah & the Whale.” $9.95 from Time Life.