“Fifty Shades Freed.” For more information on other releases this week, see the Weekly Guide to Home Video Releases.

The Grand Prix winner at the 1991 Cannes Film Festival, “La Belle Noiseuse (aka The Beautiful Troublemaker)” (1991 — France) is Jacques Rivette’s intimately epic exploration of the convergence between artistry and eroticism. Edouard Frenhofer (Michel Piccoli) is a reclusive painter living in the French countryside 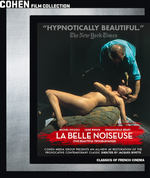 with his wife (Jane Birkin). Their lives are radically upended with the arrival of a younger artist (David Bursztein) and his girlfriend (Emmanuel Béart), who becomes the muse that awakens Edouard’s fading passions. Rivette creates a layered character study, while also offering an immersive meditation on the creative process. Rivette (1928-2016) was a key member of the New Wave of the late 1950s and ’60s — the group of film critics for the influential magazine Cahiers du Cinéma who put their revolutionary theories to the test as they became filmmakers themselves and changed the face of modern movies. Standing somewhat apart from Francois Truffaut, Jean-Luc Godard, Alain Resnais, Claude Chabrol, Eric Rohmer and other pioneers of the movement, Rivette created films marked by improvisation, unusual length and loose narrative that give the impression of events simply unfolding before the camera. New 4K restoration of the original four-hour version (in 1992, Rivette released a much shorter cut, titled “Divertimento,” which presented the story chiefly from the Béart character’s point of view). On DVD, Blu-ray, from Cohen Film Collection … 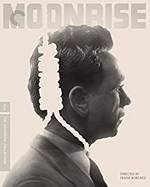 A small-town fable about violence and redemption, “Moonrise” (1948) is the final triumph of Frank Borzage, one of Hollywood’s most neglected masters. Stigmatized from infancy by the fate of his criminal father, young Danny (Dane Clark) is bruised and bullied until one night, in a fit of rage, he kills his most persistent tormentor. As the police close in around him, Danny makes a desperate bid for the love of the dead man’s fiancée (Gail Russell), a schoolteacher who sees the wounded soul behind his aggression. With this postwar comeback, Borzage recaptured the inspiration that had animated his long and audacious early career, marrying the lyrical force of his romantic sensibility with the psychological anguish of film noir, in a stunning vindication of faith in the power of love. On DVD and Blu-ray, with restored 4K digital transfer, with uncompressed monaural soundtrack on the Blu-ray, from The Criterion Collection.

“Ackley Bridge, Series 1” (2017) is a two-disc set with six episodes of the new school-based British drama that offers a gritty, funny and truthful insight into the daily drama of teachers, teenagers and families whose lives and cultures collide in a fictional 21st century Northern English town. After years of racial segregation in a small Yorkshire town, two high schools integrate white and Pakistani students by combining into Ackley Bridge College. But the transition is far from easy for teachers and students alike. Headmistress Mandy clashes with her husband, PE teacher 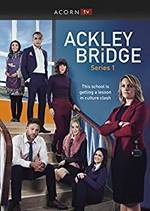 Steve, and free-spirited English teacher Emma deals with her daughter showing up drunk to class. Troublemaker Jorda creates enemies by disparaging the school, while best friends Missy and Nasreen quarrel when vivacious Missy doesn’t fit in with Nasreen’s conservative Muslim friends. Will Ackley Bridge unite the community — or tear it apart? From Acorn Media … “Dear White People Season One” (2017) is a three-disc set with all 10 episodes. Set against the backdrop of a predominantly white Ivy League university, where racial tensions bubble just below the surface, “Dear White People Season One” is a send-up of the now post-postracial America that tells the universal story of finding one’s own identity and forging a wholly unique path. The satirical series — which picks up where the acclaimed 2014 film by the same name left off — follows a group of Winchester University students of color as they navigate a diverse landscape of social injustice, cultural bias, political correctness (or lack thereof), and 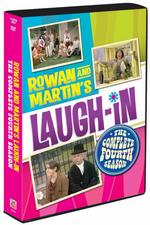 Since the 1940’s alien beings known as “Grays” have been sighted around the globe with the thought that they’re visiting our planet to study our species and civilization before they eventually invade … but what if we’re wrong? What if they are only here to protect us? In “Gray Matter” (2018), starring Alys Crocker, Brenna Llewellyn and Shaun Mazzocca, after a meteorite crashes to Earth awakening the extraterrestrial creature within, a young woman is abducted by an alien “Gray” to aide in hunting down and destroying the creature before it can reach a second meteorite that fell to Earth decades earlier, waiting to unleash a deadly infestation of the planet. From IndiCan Pictures … 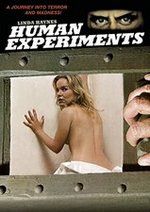 The terrifying cult classic “Human Experiments” (1979) finally hits you in the face with a stunning new HD restoration. Rachel Foster (Linda Haynes) is a country singer traveling alone through the United States. She resists the advances of lecherous bar owner Mat Tibbs (Aldo Ray), and in her hurry to leave town, she accidentally wrecks her car. Looking for assistance, she finds what appears to be an abandoned house, but after stumbling inside, she discovers that in fact it’s the scene of a grisly multiple homicide. Simply being at the wrong place at the wrong time, she’s railroaded into a women’s correctional facility and finds herself at the mercy of prison psychiatrist Doctor Kline (Geoffrey Lewis) who has insidious intentions up his sleeve. Evidently, it doesn’t take Rachel long to realize that something is greatly amiss, as female inmates inexplicably go missing without a trace. Co-stars Jackie Coogan, Ellen Travolta, Laurene Tuttle. From Scorpion Releasing/Kino Lorber … A Scotland Yard inspector’s search for a missing film star leads him to a haunted house in “The House That Dripped Blood” (1971). That house sets the framework for four separate tales of terror written by the author of “Psycho,” Robert Bloch, and starring horror icons Peter Cushing, Christopher Lee and Ingrid Pitt. All four stories center on the mysterious fates of tenants who have leased the mansion over the years. In a Blu-ray debut from Scream Factory … 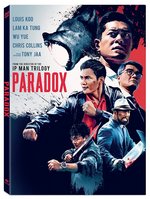 “Paradox” (2017 — China), starring Louis Koo, Gordon Lam, Tony Jaa, Wu Yue, Chris Collins, Ken Low and Vithaya Pansringarm, is the third instalment of the SPL martial arts franchise. Hong Kong cop Lee (Koo) goes on a search in Thailand for his missing 16-year-old daughter Chi. Thai Chinese police officer Chui Kit (Yue) lets Lee join the investigation, having no idea that Lee is going to use the mass media to hunt for clues. A short clip which accidentally filmed Chi’s capture is uploaded to the police website, but subsequently deleted. Chui Kit and colleague Tak (Jaa) track down the clip owner, but the evidence is destroyed. The duo begins tracking down the culprit. As they get closer to the truth, they realize that the case is more complicated than they expected, and the mastermind behind the scene is not someone they can deal with. On DVD, Blu-ray, from Well Go USA … 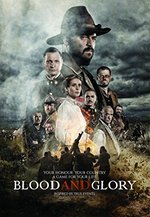 “Blood and Glory” (2016 — South Africa), starring Charlotte Salt, Greg Kriek and Josh Myers, is set in 1901 and follows Willem Morkel — a Boer and family man whose wife and son are murdered during the Anglo-Boer War. Captured as a prisoner of war, Willem must survive incarceration in the notorious St. Helena concentration camp and defeat the ruthless Colonel Swannell, at his own game … Rugby. From Cleopatra Entertainment … “House of Evil” (2017– Italy), starring Andrew Harwood Mills, Lucy Drive, Désirée Giorgetti, David White and Eleonora Marianelli, is a horror thriller that follows a young couple who, in the 1970s, move into a large, remote house in the countryside with hopes of starting a family. However, it’s not long before they’re menaced by ghosts and a darker demonic presence. From Breaking Glass Pictures.

“Divine Divas” (2018 — Brazil) are icons of the first generation of Brazilian transvestite artists of the 1960s. One of the first stages to host men dressed as women was the Rival Theatre, then run by Americo Leal, the director’s grandfather. The film explores the intimacy, the talent and the stories of a 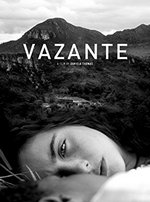 generation that revolutionized sexual behavior and defied the moral of the time. From FilmRise … “Vazante” (2017 — Brazil) is set in Southeastern Brazil in 1821, where white drover turned farmer Antonio (Adriano Carvalho) returns from a trading expedition to discover that his wife and baby have died in labor. Living on his expansive but desolate property that he fails to cultivate, in the company of his aging mother-in-law (Juliana Da Cunha) and numerous slaves, Antonio’s marries his deceased wife’s young niece, Beatriz (Luana Nastas). Separated from her family and left alone on the rugged farmhouse in the Brazilian mountains when her husband departs on business, child bride Beatriz finds solace in the displaced and oppressed inhabitants around her, all of whom are growing openly restless. The film explores the fraught intersection of feminism, colonialism, and race that has persisted across centuries and continents, and Brazil’s shameful, violent sins: miscegenation and slavery — the conditions that undermines the humanity of all. On DVD, Blu-ray, from Music Box Films. 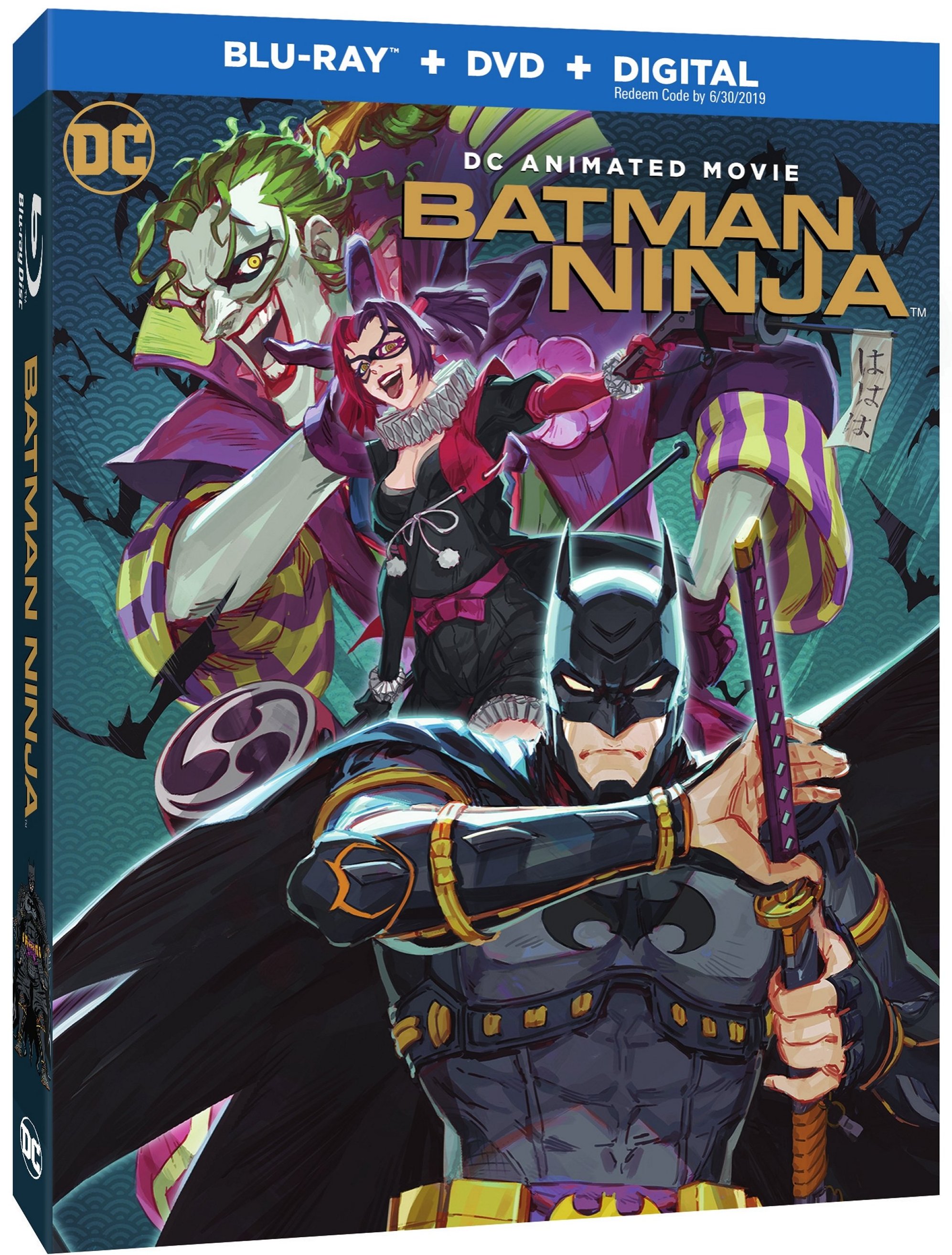 The Caped Crusader in feature-length, full-blown anime style. “Batman Ninja” (2018) takes a journey across the ages as Gorilla Grodd’s time displacement machine transports many of Batman’s worst enemies to feudal Japan — along with the Dark Knight and a few of his allies. The villains take over the forms of the feudal lords that rule the divided land, with the Joker taking the lead among the warring factions. As his traditional high-tech weaponry is exhausted almost immediately, Batman must rely on his intellect and his allies — including Catwoman and the extended Bat-family — to restore order to the land, and return to present-day Gotham City. On DVD, Blu-ray Steelbook, Blu-ray/DVD Combo from Warner Bros. Japan/DC Entertainment/Warner Bros. Home Entertainment.

Following the Peabody Award-winning documentary “Mea Maxima Culpa,” his investigation into the Catholic Church, Alex Gibney dives fully into one of the most controversial and secretive religions in the world, exploring what members of Scientology are willing to do in the name of religion in “Going Clear: 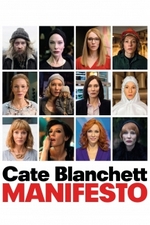 Scientology and the Prison of Belief” (2015). The film touches on a wide range of aspects of the church, from its origin, to an intimate portrait of the Church’s founder L. Ron Hubbard, to its recruiting practices, to present day practices by church officials. From FilmRise … From acclaimed visual artist Julian Rosefeldt, “Manifesto” (2015) features two-time Academy Award winner Cate Blanchett in 13 distinct vignettes that incorporate timeless manifestos from 20th-century art movements. From anchorwoman to homeless man, from Pop Art to Dogma 95, a chameleonic Blanchett gives tour-de-force performances as she transforms herself like never before. Rosefeldt weaves together history’s most impassioned artistic statements in this stunning and contemporary call to action. From FilmRise.