“Greta.” For more information on other releases this week, see the Weekly Guide to Home Video Releases.

There’s a host of great collectible releases this week; in alphabetical order: 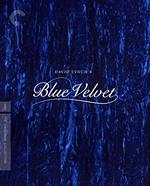 as well as their prime suspect, lounge singer Dorothy Vallens (Isabella Rossellini)– and facing the fury of Frank Booth (Dennis Hopper), a psychopath who will stop at nothing to keep Dorothy in his grasp. With intense performances and hauntingly powerful scenes and images, “Blue Velvet” is an unforgettable vision of innocence lost, and one of the most influential American films of the past few decades. On DVD, Blu-ray, with new 4K digital restoration, with 5.1 surround DTS-HD Master Audio soundtrack on the Blu-ray, both supervised by director David Lynch. From The Criterion Collection … “One Sings, the Other Doesn’t” (1977) In the early 1960s in Paris, two young women become friends. Pomme is an aspiring singer. Suzanne is a pregnant country girl unable to support a third child. Pomme lends Suzanne the money for an illegal abortion, but a sudden tragedy soon separates them. Over a decade later, they reunite at a demonstration and pledge to keep in touch via postcard, as each of their lives is irrevocably changed by the women’s liberation movement. A buoyant hymn to sisterly solidarity rooted in the hard-won victories of a generation of women, “One Sings, the Other Doesn’t” is one of Agnès Varda’s warmest and most politically trenchant films, a feminist 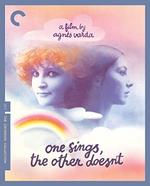 musical for the ages. On DVD, Blu-ray Disc., with new 2K digital restoration, supervised by director Agnès Varda and cinematographer Charlie Van Damme, with uncompressed monaural soundtrack on the Blu-ray. From The Criterion Collection … “La prisonnière (Woman in Chains)” (1968) The final film of Henri-Georges Clouzot’s (“Diabolique,” “The Wages of Fear”) brilliant career, “La Prisonnière” is a sensuously colorful film of voyeuristic sexual obsession. It maps a love triangle between abstract sculptor Gilbert (Bernard Fresson), his TV editor girlfriend Josée (Elisabeth Wiener), and art gallery owner Stanislas (Laurent Terzieff). At an art opening, Gilbert ditches Josée, so she ends up going home with Stanislas, who shows her a photograph of a woman in bondage. The image is shocking and alluring, and Josée asks to attend his next erotic photo shoot, her first step in unlocking the depths of her desires. Making full use of the psychedelic optical effects that Clouzot developed for the unfinished “L’Enfer,” “La Prisonnière” is a visionary swansong for this legendary cinema artist. On DVD, Blu-ray, from Kino Classics … “Madame X” (1960) Screen goddess Lana Turner stars in one of the best roles of her career in this stunning and emotional adaptation of Alexandre Bisson’s classic play. The ill-fated Holly Parker (Turner) is blackmailed by her evil mother-in-law (Constance Bennett) into 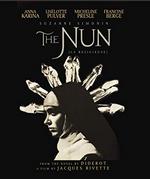 leaving her politician husband (John Forsythe) and their baby. Twenty years later, Holly finds herself on trial for her life … where she is defended by her own son (Keir Dullea). Directed by David Lowell Rich and co-starring Ricardo Montalban, Burgess Meredith, Virginia Grey and Warren Stevens. In a Blu-ray debut from Kino Lorber Studio Classics … “The Nun (La Religieuse)” (1965) Restored in 4K from the original negative, Jacques Rivette’s “The Nun,” initially banned in France, can now be seen in all its revolutionary glory. Adapted from Denis Diderot’s novel, it follows a rebellious nun (played by an incandescent Anna Karina) who is forced into taking her vows. Initially shunted into a restrictive, torturous convent, she eventually moves on to a more liberated one, where she becomes an object of Mother Superior’s (Liselotte Pulver) obsession. Banned for over a year by the French Minister of Information, and not released in the United States until 1971, it slowly became a landmark of the French New Wave, and with this stunning restoration, should also become an object of worship. In a Blu-ray debut from Kino Classics … “Penny Points to Paradise” (1961), starring Peter Sellers, Spike Milligan, Alfred Marks, Harry Secombe, Bill Kerr and Freddie Frinton. The feature film debut of the legendary Peter Sellers. After a big gambling win, Harry Flakers and his friend Spike Donnelly decide to go to the same shabby seaside boarding house that they have always patronized for their summer holiday, but this year all the other guests (including two young women out to marry money, a dodgy investment adviser and a 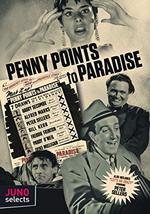 master forger and assistant) are intent on taking the fortune off them in one way or another. Also includes the 32 minute short “Let’s Go Crazy” also starring Sellers in a madcap comedy set in a nightclub combining variety acts with linking comedy sketches. First time ever on disc in North America. On DVD, Blu-ray, from Juno Films Selects … “Portrait in Black” (1960) Screen icons Lana Turner and Anthony Quinn star as an adulterous couple who conspire to kill her tyrannical husband. Soon after the murder, the lovers in crime receive an anonymous letter that says only, “Dear. Mrs. Cabot: Congratulations on the success of your murder.” With this alarming complication, their new life together begins unraveling as they become trapped in the realization that someone, somewhere, knows their dark secret. Directed by Michael Gordon with a screenplay by the writing team of Ivan Goff and Ben Roberts. The strong supporting cast includes Richard Basehart, Sandra Dee, John Saxon, Ray Walston, Virginia Grey, Anna May Wong and Lloyd Nolan. In a Blu-ray debut from Kino Lorber Studio Classics.

“Blood” (2018) is a two-disc set with six episodes of the Irish psychological crime thriller about the lies that can fracture a family. Cat Hogan (Caroline Main) returns to her hometown following the sudden death of her mother. But when the details about the accident don’t add up, Cat suspects her father (Adrian Dunbar), a well-respected doctor she has distrusted ever since a childhood trauma. Did he have a hand in her mother’s passing, or is Cat really the troublemaker her siblings perceive her to be? As she sets to find out the truth, Cat uncovers secrets long buried and risks destroying what’s left of her family ties. On DVD, Blu-ray, from Acorn Media.

In “General Commander” (2019), starring Steven Seagal, Sonia Couling and Byron Gibson, CIA agent Jake Alexander (Seagal) sees a member of his team killed during a sting operation, and he demands revenge against the guilty mob boss. But the CIA won’t sanction the hit, so Jake and his crew quit the agency and form a task force with just one mission: vengeance. On DVD, Blu-ray, from Lionsgate … In “A Vigilante” (2018), starring Olivia Wilde, Morgan Spector and Kyle Catlett, after escaping her violent husband, Sadie (Wilde) makes it her life’s mission to help free others in danger. Now, after months of rigorous training in survival skills, boxing, and lethal martial arts, Sadie is back with a vengeance as an avenger who lives to defend victims of domestic abuse. On DVD, Blu-ray/DVD Combo, from Lionsgate … In 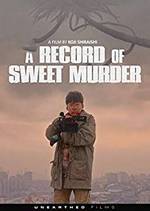 “A Record of Sweet Murder” (2014 –Japan/South Korea), Sang-joon has recently escaped from a mental institution and managed to amass a kill count in the high teens. A South Korean journalist and a Japanese cameraman are invited to an abandoned apartment to interview the murderer. They believe the wanted criminal has committed 18 murders, but the criminal claims he has already killed 25. He furthermore claims that if he completes the killing of all 27 on his list, not only will his dead friend be resurrected, but also all 27 will come back to life. On DVD, Blu-ray from Unearthed Films … In “The Unity of Heroes” (2018 — China), starring Vincent Zhao, Vini Li Lubing and Chen Chen, Zhao (“Once Upon A Time in China”) reprises his role as legendary folk hero Wong Fei Hung in this action-packed adventure in which a highly toxic drug is being distributed across the country by a corrupt pharmaceutical company and Wong Fei Hung and his students must stop the invasion. On DVD, Blu-ray/DVD Combo, from Well Go USA … In “The Uncanny” (1977), starring Peter Cushing, Ray Milland, Joan Greenwood, Donald Pleasence, Samantha Eggar and Susan Penhaligon, Wilbur Gray, a horror writer, has stumbled upon a terrible secret, that cats are supernatural creatures who really call the shots. In a desperate attempt to get others to believe him, Wilbur spews three tales of feline horror. Scanned from an inter-negative recently discovered in a London vault. On DVD, Blu-ray from Severin Films.

“Climax” (2018 — France), starring Sofia Boutella, Romain Guillermic, Souheila Yacoub and Claude Gajan Maull, is another truly unique and sensual vision from filmmaker Gaspar Noé (“Enter the Void”) that stirred up a buzz upon its premiere at the 2018 Cannes Film Festival. A hypnotic, shock-filled story of a party that descends into delirium over the course of one wintry night. In an empty and remote school building in the 1990s, a French dance troupe has gathered for rehearsal. The rehearsal morphs into a party — and then turns nightmarish as the dancers discover they’ve been drinking sangria laced with LSD. Passions and violence erupt as the night moves from jubilation to full-fledged anarchy. On DVD, Blu-ray, from Lionsgate.