“Star Wars: The Rise of Skywalker” and “The Current War: Director’s Cut.” For more information on other releases this week, see the Weekly Guide to Home Video Releases.

“Fist of Fear, Touch of Death” (1980) has been released this week in a 40th Anniversary Edition. A subgenre of 1970s cinema, Bruceploitation clung to the box office success of the Bruce Lee legacy after the star’s untimely demise in 1973, utilizing Lee lookalikes and archival footage from the legend himself. Carving a niche within the grindhouse market, Bruceploitation not only appealed to fans of the day, but has generated a cult status in recent years. True to 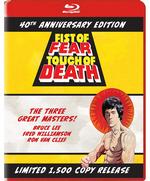 Bruceploitation fashion, “Fist of Fear, Touch of Death” features eye-popping combat scenes viewers will have to see to believe, putting the 1979 World Karate Championship at center stage, where martial artists take their shot at eliminating the competition and claiming the title of “successor to the Bruce Lee legacy.” Using mockumentary-style interviews in the film, hosted by Academy Award-nominee Adolph Caesar, martial arts masters Fred Williamson and Ron Van Clief, among others, emerge from every corner of the martial arts world to give their take on whether any competitor can be deemed worthy of the Bruce Lee legacy. On DVD, Blu-ray, from The Film Detective … Jerome Kern and Oscar Hammerstein II’s immortal musical adaptation of Edna Ferber’s sprawling novel receives its most faithful and enduring cinematic adaptation under the elegant direction of James Whale. A rich portrait of changing American entertainment traditions and race relations, “Show Boat” spans four decades and three generations as it follows the fortunes of the stage-struck Magnolia (Irene Dunne), an aspiring actor whose journey takes her from her family’s humble floating playhouse in the 1880s South to the height of fame in the 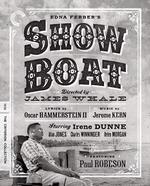 1930s North. The cast of show-business legends includes Helen Morgan, Hattie McDaniel, Charles Winninger, and the great Paul Robeson, whose iconic, soul-shaking rendition of “Ol’ Man River” is one of the crowning glories of the American stage and screen. On DVD, Blu-ray Disc, with new, restored 4K digital transfer, with uncompressed monaural soundtrack on the Blu-ray. From The Criterion Collection … In “The Prince of Tides” (1991), her second feature as a director, Barbra Streisand crafted a sumptuous, emotionally wrenching adaptation of Pat Conroy’s best-selling novel — which she also produced and starred in. Summoned to New York after his sister attempts suicide, Tom Wingo (Nick Nolte) must serve as her memory, reckoning with the traumas of their southern childhood so that her psychiatrist, Dr. Susan Lowenstein (Streisand), can help her recover. But Tom’s sessions with Lowenstein will plunge him into the depths of his own long-repressed pain — and reawaken the possibility of love within him. Nominated for seven Academy Awards, including Best Picture and Best Actor for Nolte’s soulful performance, “The Prince of Tides” is a life-affirming tale of healing and renewal from a triple-threat filmmaker with a keen and humane insight into her characters’ sorrows, joys, and yearnings. On DVD, Blu-ray Disc, with new 4K digital restoration, supervised by Streisand, with 2.0 surround DTS-HD Master Audio soundtrack on the Blu-ray. From The Criterion Collection.

In “Bones” (2005), initially set in 1979. Jimmy Bones (Snoop Dogg) is respected and loved as the neighborhood protector. When he is betrayed and brutally murdered by a corrupt cop (Michael T. Weiss, Bones’ elegant brownstone becomes his tomb. Twenty-two years later, the neighborhood has become a ghetto and his home a gothic ruin. Four teens renovate it as an after 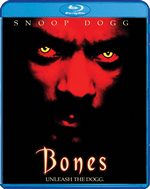 hours nightclub, unknowingly releasing Jimmy’s tortured spirit. It’s thrills and chills when Jimmy’s ghost sets out to get his revenge. New 4K scan from the negative. On Blu-ray from Scream Factory … In “The Captain” (2019 — China), starring Hanyu Zhang, Hao Ou and Jiang Du, on the morning of May 14th, 2018, Airbus flight A319 is thrown into a state of panic when the cockpit windshield shatters after takeoff. Cabin temperatures plummet, passengers are losing consciousness, and all communication to control is lost. Heading into an enormous storm with the co-pilot sucked halfway out of the cockpit window, the plane’s strong-willed captain, Liu Chuan Jian, is determined to bring everyone home safely. Based on a true incident. On DVD, Blu-ray, from Well Go USA … 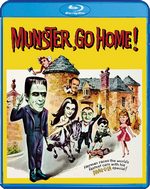 Following the wildly popular Munsters series, original cast members Fred Gwynne (Herman Munster), Yvonne De Carlo (Lily Munster), Al Lewis (Grandpa) and Butch Patrick (Eddie Munster) reunited in “Munster, Go Home!” (1966) — in spooky color. Herman inherits a mansion in England and moves the family into an estate full of ghosts and other surprises. Also starring Terry-Thomas, Hermione Gingold, Richard Dawson, Bernard Fox and horror film legend John Carradine. On Blu-ray from Scream Factory … In “Standing Up, Falling Down” (2020), starring Billy Crystal, Ben Schwartz, Eloise Mumford and Grace Gummer, after years of chasing his stand-up comedy dream in Los Angeles, 34-year-old Scott (Schwartz) crashes and burns. Left with little money and a failed career, he has no choice but to regroup and return to his parent’s house in Long Island. Trying to figure out what to do next, he pines after his ex (Mumford), a successful photographer who had since married a former mutual friend. During a night out at the bar, he meets an eccentric dermatologist (Crystal) who, having regrets of his own, helps Scott find the courage to face his failures. On DVD, Blu-ray, from Shout! Factory … 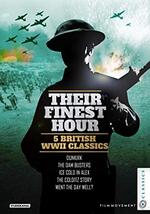 “Their Finest Hour: 5 British WWII Classics” is a five-disc set that brings together some of the most celebrated British war films, digitally restored and available for the very first time on Blu-ray. Titles include the Ealing Studios-produced, Graham Greene adaptation “Went The Day Well?” (1942), Michael Anderson’s Oscar-nominated “The Dam Busters” (1955), and three box-office hits starring John Mills: “The Colditz Story” (1955), “Dunkirk” (1958) and “Ice Cold in Alex” (1958). From Film Movement … When the world’s greatest spy meets the woman of his dreams in “Spy Intervention” (2019), starring Drew Van Acker, Poppy Delevingne, Blake Anderson, Brittany Furlan, Max Silvestri and Natasha Bassett, he abandons his adventurous existence and settles into the security of suburbia. It doesn’t take long for him to be completely bored and while he refuses to admit it, when an evil plot to ruin the world pushes his former spy friend to enact a “spy intervention,” he is easily convinced that if he returns to his old life, the adventure will not only help save his listless marriage, it will also save the world. From Cinedigm.

He was one of the most iconic figures in athletic history: Muhammad Ali’s incredible story from world champion boxer to inspiring social activist is presented in “What’s My Name: Muhammad Ali” (2019) through archival footage and recordings of his own voice. The film explores Ali’s challenges, confrontations, comebacks and triumphs both in and out of the ring. From HBO/Warner Archive.