“Queen & Slim” and “Dark Waters.” For more information on other releases this week, see the Weekly Guide to Home Video Releases.

“Kansas City” (1996): Returning to the city of his birth for inspiration, legendary maverick director Robert Altman helms an evocative, bullet-riddled tribute to the music and movies of his youth in this Depression-era gangster flick as only he could make one. Blondie O’Hara (Jennifer Jason Leigh) resorts to desperate measures when her low-level hood husband 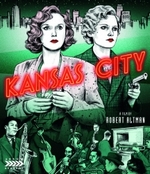 Johnny (Dermot Mulroney) gets caught trying to steal from Seldom Seen (Harry Belafonte), a local crime boss operating out of jazz haunt The Hey-Hey Club. Out on a limb, Blondie kidnaps laudanum-addled socialite Carolyn (Miranda Richardson), hoping her influential politician husband can pull the right strings and get Johnny out of Seldom Seen’s clutches. Nominated for the Palme d’Or at Cannes, and featuring a remarkable soundtrack performed live by some of the best players in contemporary jazz, one of Altman’s most underrated and idiosyncratic films finally makes its long-awaited Blu-ray debut. On Blu-ray from Arrow Academy/MVD Entertainment.

In “Carol of the Bells” (2019), starring RJ Mitte, Lee Purcell, Andrea F. Friedman, Yuly Mireles, Donna Pescow and Donna Mills, a young man with a troubled past seeks out his biological mother, only to have his world turned upside down upon discovering that she’s developmentally disabled. Unable to work through this new discovery on his own, the man’s wife takes matters into her own hands, forcing her husband to face the truth and heal the past. From High Octane Pictures … In “Wakefield Project” (2019), starring Anthony Bewlz, Dennis Andres and Lindsay Seim, the little town of Wakefield, founded by a man whose post-mortem crimes stained the entire town, becomes the center of a temporary shift in atmospheric energies when unprecedented solar flares target North America. For 24 hours, the living find the dead walking among them. From High Octane Pictures.

Based on real events, French filmmaker François Ozon’s drama “By the Grace of God” (2018 — France) is a compelling and urgent account of a group of survivors who band together to expose and dismantle the French Catholic Church’s code of silence surrounding Pastoral abuse. The film tells the story of three adult men — Alexandre (Melvil Poupaud), François (Denis Ménochet) and Emmanuel (Swann Arlaud) —- who come together to expose the code of silence that continues to enable the priest who abused them as boys. The men go to great lengths to denounce the perpetrator and the institution that has always protected him, a risky endeavor that endangers their relationships with their families, along with compromising their own fragile selves. The true story upon which the film is based is an ongoing scandal in France, with Philippe Barbarin, Cardinal of Lyon, convicted in March 2019 for concealing the conduct of Father Preynat. From Music Box Films … “Ne Zha” (2019 — China) is the internationally-acclaimed animated fantasy-adventure from first-time feature film director Jiaozi. It’s the enchanting story of a boy with unique powers who is recruited to fight demons and save the community that initially fears him. A young boy, Nezha, is birthed from a heavenly pearl by the Primeval Lord of Heaven. Born with unique powers, Nezha finds himself as an outcast who is hated and feared. Destined by prophecy to bring destruction to the world, the young boy must choose between good and evil in order to break the shackles of fate and become the hero. On DVD, Blu-ray/DVD Combo, from Well Go USA.

In the animated family film “Playmobil the Movie” (2019), with the voices of Daniel Radcliffe, Jim Gaffigan, Anya Taylor-Joy, Gabriel Bateman, Adam Lambert, Kenan Thompson and Meghan Trainor, a top-secret organization has caused citizens from different lands to vanish into thin air. When her younger brother Charlie also unexpectedly disappears into the magical, animated universe of Playmobil, unprepared Marla must team up with the dashing and charismatic secret agent Rex Dasher (Radcliffe) and the smooth-talking food truck driver Del (Gaffigan) to rescue them. Against unthinkable odds, the trio go on a fantastic journey across stunning new worlds as they gather clues for their rescue mission. As they venture through the mythical world of Playmobil, their journey leads to unlikely friendships and exhilarating challenges that must be overcome against all odds. Based on the global, multi-billion-dollar toyline. From Universal. 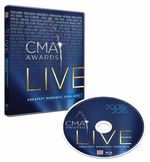