Have a Safe and Sane Fourth of July

“The Zookeeper’s Wife.” For more information on other releases this week, see the Weekly Guide to Home Video Releases.

There’s slim pickings on the home video shelves this week as the studios expect that most people will be in their backyards barbecuing hot dogs and hamburgers and setting off fireworks instead of parking in front of their DVD players. Still, there’s one important release this week: “Doberman Cop” (1977 — Japan) was released just as the popularity of yakuza movies was waning in Japan, and as the country’s film industry was undergoing some fundamental shifts. The film is a unique entry in the career of director Kinji Fukasaku (“Battles Without Honor and Humanity,” “Cops vs Thugs”), and reunited him with star Shinichi “Sonny” Chiba in an 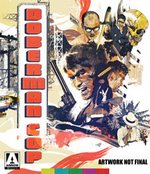 American-style crime movie that mixes gunplay and pulp fiction with martial arts and lowbrow comedy. Based on a popular manga by “Buronson” (creator of “Fist of the North Star”), “Doberman Cop” follows the fish-out-of-water adventures of Joji Kano (Chiba), a tough-as-nails police officer from Okinawa who arrives in Tokyo’s Kabuki-cho nightlife district to investigate the savage murder and mutilation of an island girl who had been working as a prostitute. Initially dismissed as a country bumpkin (complete with straw hat and live pig in tow!), Kano soon proves himself a more savvy detective than the local cops, and a tougher customer than anyone expected. As he probes deeper into the sleazy world of flesh-peddling, talent agency corruption and mob influence, Kano uncovers the shocking truth about the girl, her connection to a yakuza-turned-music manager (Hiroki Matsukata), and a savage serial killer who is burning women alive. Made to appeal both to the youth market with its biker gangs and popular music, as well as to old-time yakuza movie fans, “Doberman Cop” is an surprising oddity in Fukasaku’s career, his sole film adapted directly from a manga and never before released on video outside of Japan. Featuring Chiba at his charismatic best — channeling a Japanese Dirty Harry while doing all his own stunts — and Fukasaku at his most fun, deftly showcasing the combined talents of his “Piranha Army” stock company of actors and other regular players — “Doberman Cop” is a classic action comedy and a missing link in 1970’s Japanese cinema deserving of rediscovery. In a Blu-ray/DVD Combo with high definition digital transfer and original uncompressed mono audio. From Arrow Video/MVD Entertainment.

“Homicide: Life On The Street” (1993-1999) is a 35-disc box set with all 122 episodes. A critical smash and a three-time Peabody Award winner, the series presented viewers with a gritty and realistic examination of detectives working the homicide division in Baltimore and remains one of television’s finest hours about one of America’s toughest jobs. Based on the book “Homicide: A Year On The Killing Streets” by David Simon, the critically acclaimed series became one of the most seminal drama series of all time by virtue of its powerful writing, gritty realism, emotionally charged storylines and outstanding ensemble cast, including Richard Belzer, Andre Braugher, Yaphet Kotto, Melissa Leo and Ned Beatty. From Shout! Factory … 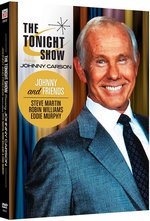 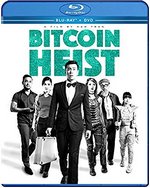 In “Bitcoin Heist (2016 — Vietnam), starring Kate Nhung, Thanh Pham and Petey Majik Nguyen, hackers have become the bank robbers in the new world of crypto-currency. In order to catch the most wanted hacker, The Ghost, an Interpol special agent assembles a team of thieves to plan the ultimate heist. But as any good criminal knows, there is no honor among thieves. In a Blu-ray/DVD Combo from Well Go USA … In “Drone” (2017), starring Sean Bean, Patrick Sabongui, Joel David Moore and Mary McCormack, drone pilot and family man Neil (Bean) has spent his career conducting deadly, covert missions overseas all from the comfort of his suburban hometown. When an enigmatic, Pakistani businessman (Sabongui) shows up at his home seeking revenge, Neil must confront the consequences of his actions.On DVD, Blu-ray from Screen Media Films.

Bob Hope, the greatest entertainer of the 20th century, spent nearly half of his 100 Christmases heading up USO shows as a globetrotting Santa Claus with a golf club, a sackful of jokes, and an airplane filled with stars. Armed with a lifelong dedication to America’s troops and a star-studded crew of performers, he performed on 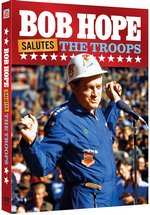