“Tully,” “Overboard” and “The Miracle Season.” For more information on other releases this week, see the Weekly Guide to Home Video Releases.

It’s the end of July and the lazy days of Summer are upon us — with a paucity of new and exciting releases.

In “Kings” (2017), starring Halle Berry, Daniel Craig, Lamar Johnson, Kaalan “KR” Walker and Rachel Hilson, Millie (Berry) is the foster mother of a dozen children in South Central LA in 1992. Jesse, her eldest, is fighting with newcomer William over a beautiful runaway they meet at school. On television, the Rodney King trial is in full swing and has captured the attention of the nation. Desperate to keep her family safe as riots erupt around the city, Millie seeks help from her eccentric neighbor (Daniel Craig). From Lionsgate … 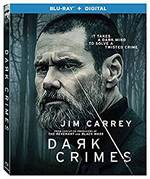 In “Dark Crimes” (2017), starring Jim Carrey, Marton Csokas and Charlotte Gainsbourg, police officer Tadek (Carrey) finds similarities between an unsolved murder and a crime outlined in a book by famed writer Krystof Kozlov, and he begins to track Kozlov and his girlfriend, a mysterious sex-club worker (Gainsbourg). As his obsession with Kozlov grows, Tadek descends into a deadly underworld of sex, lies, and corruption to find the shocking, deadly truth. On DVD, Blu-ray from Lionsgate … In “Final Portrait” (2017), starring Geoffrey Rush, Armie Hammer, Tony Shalhoub, while on a short trip to Paris in 1964,, the American writer and art-lover James Lord is asked by his friend, the world-renowned artist Alberto Giacometti, to sit for a portrait. The process, Giacometti assures Lord, will take only a few days. Flattered and intrigued, Lord agrees. So begins not only the 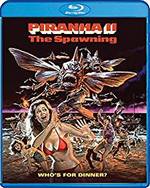 story of a touching and offbeat friendship, but, seen through the eyes of Lord, a uniquely revealing insight into the beauty, frustration, profundity and, at times, downright chaos of the artistic process. Adapted from Lord’s memoir “A Giacometti Portrait.” From Sony … And don’t forget the Blu-ray debut of “Piranha II: The Spawning” (1981), James Cameron’s directorial debut, starring Tricia O’Neil, Lance Henriksen, Steve Marachuk and Ricky Paull Goldin. While investigating the mysterious death of a diver, scuba instructor Anne Kimbrough makes a horrific discovery: Piranha-like fish, with wings that enable them to fly, are responsible for the death. As the body count rises, Anne desperately tries to convince the manager of the Club Elysium resort to call off the annual fish fry on the beach, but he’s determined to give his guests the ultimate feeding frenzy. Sequel to Joe Dante’s original “Piranha.” From Scream Factory.

“Murdoch Mysteries, Season 11” (2017-18) contains eighteen episodes of the Canadian period mystery. Detective William Murdoch and his friends face new challenges in Edwardian Toronto. With Murdoch languishing in jail for murder, Constable Crabtree, Inspector Brackenreid and Detective Watts race to prove his innocence, while Dr. Julia Ogden remains in hiding from the corrupt forces that have taken over Station House No. 4. On DVD, Blu-ray, from Acorn Media.

“Lou Andreas-Salome, The Audacity to be Free” (2018), starring Katharina Lorenz, Liv Lisa Fries, Alexander Scheer and Harold Schrott, is the award-winning film based on the life of Lou Andreas-Salome, the world’s first female psychoanalyst, author, and contemporary of Freud, Nietzsche, Rilke and Reé. While 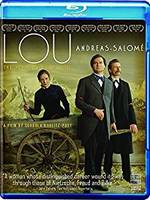 the greatest minds of the 18th and 19th centuries treated her as an equal, society and history did not. Andreas-Salomé enraptured 19th century Europe’s greatest minds. In her youth, she scandalized society by pursuing an education and living a life free from convention. She befriended philosophers Paul Rée and Friedrich Nietzsche, denying them both an intimate relationship so as to remain their equal. As a published author and lecturer, she met the poet Rainer Maria Rilke who became one of her lovers, while she maintained a platonic marriage with another man. In her maturity, she gained another admirer in Sigmund Freud and, with him, helped to develop psychoanalysis becoming its first female practitioner. From Cinema Libre Studio.

In “LEGO DC Comics Super Heroes: Aquaman – Rage of Atlantis” (2018), Aquaman must battle foes in the air, on land and in the depths of the Seven Seas, along with some help from The Justice League, to save the day in his latest animated adventure. The King of Atlantis must make some difficult decisions to ensure the future of his ocean realm. Under attack from Atrocitus and the Red Lanterns, Aquaman realizes he must relinquish his sovereignty and go on a journey to regain his confidence before returning to his rightful throne. Along the way, Aquaman reunites with the Justice League — including Batman, Superman, Wonder Woman and newest member Jessica Cruz/Green Lantern – to conquer Atlantis’ latest enemy and reemerge as the ruler of the Seven Seas. On DVD, Blu-ray/DVD Combo, from Warner.