“Pain and Glory,” “Zombieland: Double Tap” and “The Addams Family.” For more information on other releases this week, see the Weekly Guide to Home Video Releases.

Before his convention-shattering debut, “Breathless,” had even premiered, Jean-Luc Godard leapt into the making of his second feature, “Le petit soldat” (1963 — France), a thriller that would tackle the most controversial subject in France: the use of torture in the Algerian 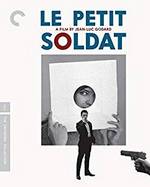 War. Despite his lack of political convictions, photojournalist Bruno Forestier (Michel Subor) is roped into a paramilitary group waging a shadow war in Geneva against the Algerian independence movement. Anna Karina (in her first collaboration with Godard, whose camera is visibly besotted with her) is beguiling as the mysterious woman with whom Forestier becomes infatuated. Banned for two and a half years by French censors for its depiction of brutal tactics on the part of the French government and the Algerian fighters alike, “Le petit soldat” finds the young Godard already retooling cinema as a vehicle for existential inquiry, political argument, and ephemeral portraiture — in other words, as a medium for delivering “truth twenty-four times per second.” On DVD, Blu-ray Disc with high-definition digital restoration, approved by cinematographer Raoul Coutard, with uncompressed monaural soundtrack on the Blu-ray. From The Criterion Collection.

“Black and Blue” (2019), starring Naomie Harris, Tyrese Gibson, Frank Grillo, Mike Colter, Reid Scott and Beau Knapp, is an action-thriller about a rookie cop (Harris) who inadvertently captures the murder of a young drug dealer on her body cam. After realizing that the murder was committed by corrupt cops, she teams up with the one person from her community who is willing to help her (Gibson) as she tries to escape the criminals out for revenge and the police who are desperate to destroy the incriminating footage. On DVD, Blu-ray, from Sony … 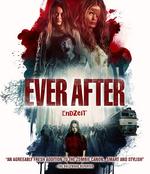 In “Ever After (aka Endzeit)” (2019 — Germany), starring Gro Swantje Kohlhof, Maja Lehrer and Trine Dyrholm, in post-apocalypse Europe, two years after zombies have overrun Earth, only two citadels of civilization remain: in the East German towns of Weimar and Jena. In Weimar, newly infected zombies are shot on site without mercy. The Jena authorities take a more humane approach by trying to find a cure for the plague victims. Vivi and Eva, in search of a more humane world, are stranded in the no-man’s land of the Black Forest where they have to rely on each other and nature in order to survive. But their survival has also unleashed demons from their past that they must confront. On DVD, Blu-ray, from Juno Films … In “I See You” (2019), starring Helen Hunt, Jon Tenney, Judah Lewis, Owen Teague and Libe Barer, when a 12-year-old boy goes missing, lead investigator Greg Harper (Tenney) struggles to balance the pressure of the investigation and troubles with his wife, Jackie (Hunt). Facing a recent affair, great strain is put on the family that slowly gnaws away at Jackie’s grip on reality. But after a malicious presence manifests itself in their home and puts their son, Connor (Lewis), in mortal danger, the cold, hard truth about evil in the Harper household is finally uncovered. From Paramount … In 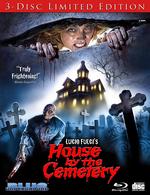 “The House by the Cemetery” (1981 — Italy), starring Catriona MacColl, Paolo Malco, Ania Pieroni, Carlo De Mejo and Dagmar Lassander, a young family moves from their cramped New York City apartment to a spacious new home in New England. But this is no ordinary house in the country: the previous owner was the deranged Dr. Freudstein, whose monstrous human experiments have left a legacy of bloody mayhem. Now, someone – or something – is alive in the basement, and home sweet home is about to become a horrific hell on earth. An outrageous Italian shocker from “The Godfather of Gore,” Lucio Fulci (“Zombie”). New 4K restoration from the original uncut and uncensored camera negative, fully loaded with exclusive new and archival extras. In a three-disc Blu-ray set that includes the “House by the Cemetery” original motion picture soundtrack CD by Walter Rizzati. From Blue Underground … In the martial arts fantasy action-comedy 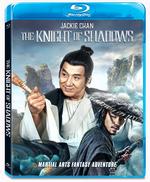 “The Knight of Shadows” (2019 — China), starring Jackie Chan, Lin Peng, Ethan Juan and Elane Zhong, Pu Songling (Chan), a legendary demon hunter, is asked to investigate the mysterious disappearances of young girls from a small village. When he discovers evil forces are kidnapping the girls to feast on their souls, he sets out to save humanity from the inhuman invasion by journeying through hidden worlds and colorful dimensions with a lawman protégé and a motley group of friendly monsters. On DVD, Blu-ray/DVD Combo, from Well Go USA … “Mommy & Mommy 2: 25th Anniversary Special Edition Double Feature” features two home video nasties from the 90s. Meet “Mommy” (1995)! She’s pretty, she’s perfect, she’s June Cleaver with a 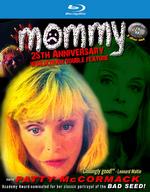 cleaver, and you don’t want to deny her – or her precious daughter – anything. She’s Patty McCormack (Academy Award-nominated for her classic portrayal of “The Bad Seed”) in this thriller from the best-selling novel. Mommy is psychotically obsessed with her 12-year-old daughter Jessica Ann — so much so that when she finds out Jessica didn’t get the “Student of the Year” award again, she solves the problem by murdering the teacher who didn’t recommend her for it. Co-stars Rachel Lemieux, Jason Miller, Brinke Stevens. In “Mommy 2: Mommy’s Day” (1997), the public is outraged, the media frenzied, but Mommy only wants to regain the love of her precious daughter. And heaven help those who stand in her way. Stars McCormack, Paul Petersen, Gary Sandy, Rachel Lemieux, Brinke Stevens. Both are Written and directed by acclaimed mystery writer Max Allan Collins (“Air Force One”). In a Blu-ray/DVD Combo from VCI Entertainment … 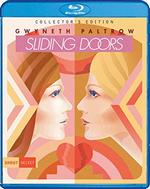 In “Sliding Doors [Collector’s Edition]” (1998), starring Gwyneth Paltrow, John Hannah, John Lynch, Jeanne Tripplehorn and Zara Turner, Paltrow plays London publicist Helen, effortlessly sliding between parallel storylines that show what happens if she does or doesn’t catch a morning train back to her apartment. The two stories shift back and forth, overlap, then surprisingly converge. On Blu-ray from Shout! Select.

“The Berenstain Bears: Tree House Tales Volume Two” (2019) contains 26 fun-filled tales straight from the family tree house PBS Kids series. From PBS Distribution … “Summer Days With Coo” (2007 — Japan) is a stunning fantasy film based on Japanese mythology. One day, Koichi Uehara, a fourth-grader living in the suburbs of Tokyo, picks up a fossil that looks like a large stone while on his way home from school. To his surprise, he has picked up a baby Kappa (a Japanese mythical water creature), who has been asleep underground for the past 300 years. Koichi names this baby creature “Coo” and brings him to live with his family, and soon the two are inseparable friends. However, trouble abounds as Coo struggles to adjust to modern life, and begins to miss his family, leading Koichi and Coo to embark on a summer road trip adventure in search of other Kappa. On DVD, Blu-ray, from Shout! Factory.

A surprise federal court ruling in 2013 legalized gay marriage for Utah – triggering a fierce battle in a state where Mormon church values control the Legislature and every aspect of public life. The documentary “Church & State” (2018) chronicles the improbable story of a brash, inexperienced gay activist and a tiny Salt Lake City law firm that joined forces to topple Utah’s gay marriage ban. It is a story of trump, setback, and a little-known lawsuit that should have failed, but instead paved the way for a U.S. Supreme Court decision that legalized same sex unions nationwide. From Breaking Glass Pictures.