“Blade Runner 2049,” “Happy Death Day” and “The Snowman.” For more information on other releases this week, see the Weekly Guide to Home Video Releases. 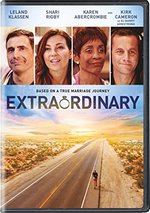 race well. Although proud of his incredible athletic accomplishments and the impact he has on his students, David’s family continuously pays a high price for his years of competitive running. Following his open-heart surgery and irreparable damage to his knees, Nancy is ready for Dave to hang up his racing shoes for good and focus his boundless energy on their family. Instead, feeling called by God to “inspire people one last time,” Dave sets off for a 2,900-mile race across America. From Universal … “Cook Off!” (2017) is a mockumentary based on Cathryn Michon’s book “The Grrl Genius Guide to Life.” As a buffet of quirky contestants prepare for the renowned Van Rookle Farms Cooking Contest, the heat is on to win a one million-dollar prize. The filmmakers follow them as the foodie media and celebrity judges descend on a hotel convention area to see which contestants rise, which ones fall, who will reveal their true nature, and who will find love with the contest’s costumed Muffin Man mascot. Stars Cathryn Michon, Wendi McLendon-Covey, Melissa McCarthy, Gary Anthony Williams, Niecy Nash and Diedrich Bader. On DVD, Blu-ray Disc, and Digital, from Lionsgate … 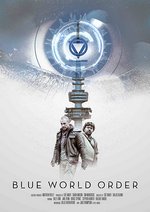 In “Blue World Order” (2018), starring Billy Zane, Jake Ryan and Stephen Hunter, after a nuclear war decimated the Northern Hemisphere, the surviving population was infected with a deadly bacterium. In an attempt to rebuild civilization, a self-appointed government called The Order distributed an immunization to the bacteria, which inadvertently killed all the children. Only one man, Jake Slater, remained immune. The only child that survived is his daughter, Molly. Now, Jake scavenges the wasteland searching for a way to keep her alive, unaware that she is the key to the survival of humankind. From Random Media … In Agatha Christie’s most twisted tale, “Crooked House” (2017), starring Glenn Close, Terence Stamp, Max Irons, Stefanie Martini, Gillian Anderson and Christina Hendricks, the suspicious circumstances surrounding the death of a wealthy patriarch is investigated by spy-turned-private-detective Charles Hayward (Irons), who is lured by his former lover to catch her grandfather’s murderer before Scotland Yard exposes dark family secrets. On the sprawling estate, amidst a poisonous atmosphere of bitterness, resentment and jealousy in a truly crooked house, Hayward encounters three generations of the dynasty, including a theater actress (Anderson), the old man’s widow 50 years his junior ( 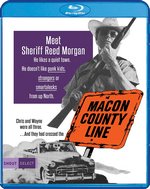 Hendricks), and the family matriarch Lady Edith de Haviland (Close). On DVD, Blu-ray Disc, Digital, from Sony … … Shout! Factory has on offer this week the Blu-ray debut of “Macon County Line” (1974), starring Max Baer, Alan Vint, Jesse Vint, Joan Blackman, Geoffrey Lewis, Cheryl Waters, James Gammon, Doodles Weaver and Leif Garrett. Louisiana, 1954: Brothers Chris and Wayne Dixon (Alan Vint and Jesse Vint) are joyriding through the South before enlisting in the Army. When the wife of a local sheriff is brutally killed by a pair of psychotic drifters, Chris and Wayne are mistaken for the murderers. Far from home, on the run and out of time, they find themselves hunted by a crazed lawman in a tragedy of rage and revenge that explodes in a shocking climax … once they cross Macon County Line. Best known for playing goofy Jethro Bodine on “The Beverly Hillbillies,” Max Baer forever changed his image by producing, co-writing and co-starring in this powerful movie … “I, Daniel Blake” (2016 — UK), an urgent response to the political realities of contemporary Britain, is a bracing drama from celebrated filmmaker Ken Loach that takes a hard look at bureaucratic injustice and ineptitude through the eyes of an unassuming working-class hero. After a heart attack leaves him unable to hold a job, the widowed carpenter Daniel Blake (Dave Johns) begins a long, lonely journey through the Kafka-esque labyrinth of the local welfare state. Along the way, he strikes up a friendship with a single mother (Hayley Squires) and her two children, at the mercy of the same system after being evicted from their home. Imbued with gentle humor and quiet rage and conceived for maximum real-world impact, the Palme d’Or–winning “I, Daniel Blake” is a testament to Loach’s tireless commitment to a cinema of social engagement. On DVD and Blu-ray, with a new high-definition digital master, supervised by director Ken Loach, with 5.1 surround DTS-HD Master Audio soundtrack on the Blu-ray, from The Criterion Collection.

“Alibi” (2003) is an intriguing and darkly humorous British thriller. Neurotic businessman Greg Brentwood throws an extravagant anniversary party for his wife, Linda, at their English country home. One of the caterers, Marcey, quietly admires the couple’s love for each other — until she sees an intimate moment between Linda and Greg’s business partner, Martin. When Marcey later returns to the house to retrieve her handbag, she walks in on a frightening scene: Greg moving Martin’s lifeless body. After the initial shock, Greg assures her it was an accident, and Marcey offers to help him dispose of the corpse. As the police investigate the death, Greg becomes increasingly anxious, while Marcey urges him to remain calm. But as she starts to uncover the Brentwoods’ darkest secrets, she begins to wonder what she has gotten 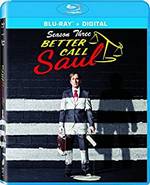 herself into. In a three-disc DVD set with six episodes. From Acorn Media … “Better Call Saul: Season Three” (2017) is a three-disc set with all 10 episodes. The acclaimed second season of “Better Call Saul” ended with a pair of cliffhangers: determined to prevent his brother from practicing law, Chuck staged an elaborate con, secretly recording Jimmy’s confession to a felony, and when Mike set his sights on sociopathic cartel boss Hector Salamanca, an ominous intervention stopped him from pulling the trigger, raising questions as to what other dangerous players may be in the game. As Season Three begins, the repercussions of Chuck’s scheme test Jimmy and Kim’s fledgling law practices — and their romance — as never before. Jimmy’s faltering moral compass is pushed to the limit, leading to a shattering climax. Meanwhile, Mike searches for a mysterious adversary, which brings him to the doors of Los Pollos Hermanos, and into the orbit of the enigmatic Gus Fring. On DVD, Blu-ray Disc, from Sony … “The Commander: The Complete Collection” (2003-2008) is a seven-disc set with 17 episodes (seven complete TV movies). “Prime Suspect” creator Lynda La Plante is the reigning expert on ambitious, reckless female cops. Her gritty crime drama introduces Clare Blake, the steely head of the elite Murder Review Team and the highest-ranking female officer in New Scotland Yard. Portrayed by Amanda Burton, she’s sexy, driven, and prone to taking risks. Letting her personal life bleed into her career, she always gets too close to her cases, making her vulnerable to those who wish to take her down. From Acorn Media.

Gay men have made great progress toward acceptance and equal rights in recent decades, but among the gains there have been losses. Told with humor and candidness, “100 Men” (2017) charts the revolution through a countdown of one man’s most unforgettable trysts. Director Paul Oremland sets out to track down and talk to some of the memorable men he’s met through sex. In the process, he finds himself exploring four decades of changing attitudes toward homosexuality. But this is not a film about sex; it’s really about social change — told through the prism of Paul’s journey as he meets up with men he has not seen for years. From MPI/Dark Sky Films.

“In Her Name (aka Kalinka)” (2016 — France) is based on the true Kalinka Bamberski murder case that shook France for three decades. In 1982, André Bamberski — powerfully played by the Cannes, Cesar and BAFTA best actor winner Daniel Auteuil — learns about the death of his 14 year-old daughter, Kalinka, while she was on vacation with her mother and stepfather (Sebastian Koch) in Germany. Convinced that Kalinka’s death was no accident, Bamberski begins to investigate. A gripping and emotional legal drama based on a true story of a father’s determination to bring his daughter’s murderer to justice. From Icarus Films.

“Be Cool, Scooby-Doo! Season 1 Part 2” (2017) is a two-disc set with 13 new 22-minute episodes. High school ends and summer vacation begins for the Scooby-Doo gang. Shaggy, Velma, Daphne, Fred and Scooby-Doo set out on a road trip in search of fun and adventure: they visit an old prison known as “The Vault,” which is haunted by the ghost of a man who once tried to escape from its confines. They board a flight on Air Gigantica, a plane that’s tormented by a gremlin. The hijinks continue in the bayous of New Orleans, where the gang encounters a swamp monster. Next on the route is a visit to a ski resort where Scooby-Doo and his pals confront a snow monster. And more. From Warner.