“Maleficent: Mistress of Evil” and “Gemini Man.” For more information on other releases this week, see the Weekly Guide to Home Video Releases.

Exiled to Republic Pictures, director Fritz Lang created the shocking and mordant low-budget thriller, “House by the River (Special Edition)” (1950). Like fellow cinema giants Orson Welles and John Ford, Lang enjoyed a freedom at Republic that allowed him to make a truly unique and personal film. Cahiers du Cinéma declared, “Lang’s main erotic obsession is displayed more clearly than in any of his other films.” Victorian ne’er-do-well Stephen Byrne (Louis Hayward) assaults and accidentally murders his wife’s virginal housekeeper. With the reluctant assistance of loyal brother John Lee (Bowman), Stephen remorselessly consigns the girl’s corpse to the river. But as John’s affection for Stephen’s wife Marjorie (Jane Wyatt), police suspicion about the girl’s disappearance, and the depths of Stephen’s depravity all escalate, the river itself provokes a horrifying reunion between victim and murderer. Boasting an ingenious script by “The Spiral Staircase” scribe Mel Dinelli and evocative photography by seven-time Oscar nominee Edward Cronjager, “House by the River” is a criminally underrated American film, both a work of art and a moral nightmare. In a new 2K restoration from Kino Lorber Studio Classics … 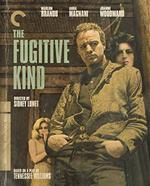 Four Oscar-winning actors — Marlon Brando, Anna Magnani, Joanne Woodward, and Maureen Stapleton — shine in the enthralling “The Fugitive Kind” (1960), which also brings together the legendary talents of director Sidney Lumet and writer Tennessee Williams. A smoldering, snakeskin-jacketed Brando is Val Xavier, a drifter trying to go straight. He finds work and solace in a small-town southern variety store run by the married, sexually frustrated Lady Torrance (Magnani), who proves as much a temptation for Val as does local wild child Carol Cutrere (Woodward). Lumet captures the intense, fearless performances and Williams’s hot-blooded story­telling and social critique with his customary restraint, resulting in a drama of uncommon sophistication and craft. On DVD, and Blu-ray Disc with high-definition digital restoration, approved by director Sidney Lumet, with uncompressed monaural soundtrack on the Blu-ray. From The Criterion Collection.

“Krypton: The Complete Second & Final Season” (2019) is a two-disc set with all 10 episodes of the series that tells an entirely new story in the mythology of DC’s iconic Superman universe. Season Two brings us back to a changed Kandor, locked in a battle over its freedom and its future. With Zod now in control, he’s on a ruthless mission to rebuild Krypton according to his ideals and to secure its future by conquering the universe. Faced with a bleak outlook, Superman’s ancestor, Seg-El, attempts to unite a dispersed group of resisters in an effort to defeat Zod and restore hope to their beloved planet. On DVD, Blu-ray, from Warner … “Veep: The Final Season” (2019) is a two-disc set with all seven episodes. Former vice president and onetime president Selina Meyer (Julia Louis-Dreyfus) is back in the campaign trail in the seventh and final season of the acclaimed HBO comedy series. As Selina woos uber-wealthy donors while navigating threats from primary challengers, including aide-turned Congressman Jonah Ryan (Timothy C. Simons), her band of misfits is also back. Meanwhile, Amy (Anna Chlumsky) is figuring out how she feels about her pregnancy vis-a-vis Dan (Reid Scott), who seems unwillingly to give up his playboy ways for fatherhood. And rounding out the team are ever-faithful bagman Gary (Tony Hale), cantankerous Ben (Kevin Dunn), numbers-obsessed Kent (Gary Cole) and new staffer Richard (Sam Richardson). On DVD, Blu-ray, from Warner.

The Mocumentary “Mister America” (2019), starring Tim Heidecker, Gregg Turkington and Terri Parks, has a freshman filmmaker following comedian Tim Heidecker’s attempt to enter the world of politics. After beating a murder charge for selling faulty e-cigarettes at an EDM festival, Heidecker seeks revenge by running a campaign to unseat the San Bernardino District Attorney. Fueled by ego and ignorance, he tries to surmount a lack of experience, funds and 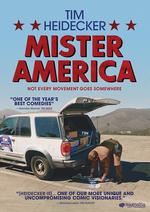 likability by personally connecting with unsuspecting constituents. Formats: DVD, VOD, Digital. From Magnolia Home Entertainment … After the tragic loss of his wife battling the forces of darkness, Gabriel is persuaded to rejoin his former team of demon hunters traveling from relatively obscurity in America to the deep unknown regions of Europe in “Angels Fallen” (2020), starring Houston Rhines, Michael Teh, Nicola Posener and Michael Madsen. He’s joined by his estranged best friend Michael who harbors a dark secret, the mystical Hannah, whose visions predict the future, and a motley crew of demon slayers. After losing part of his team Gabriel must confront his tragic past and decide who really is friend or foe. From Uncork’d Entertainment … “Mob Town” (2019), starring David Arquette, Jennifer Esposito, Robert Davi, Danny A. Abeckaser, Jamie-Lynn Sigler and PJ Byrne, is a true crime thriller inspired by the notorious mob summit of 1957, when over 50 mafia leaders across America converged on a small town in upstate New York to honor the “capo dei capi.” Stumbling upon their illegal operations, Sgt. Ed Croswell (Arquette) risks his life to stand up for justice, shedding light on the massive web of corruption to change the face of law enforcement forever. From Paramount … 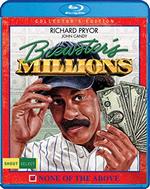 In “Brewster’s Millions [Collector’s Edition]” (1985), starring Richard Pryor, John Candy and Lonette McKee, minor league baseball pitcher Montgomery Brewster (Pryor) gets the surprise of his life when he learns a rich, distant relative has died and left him his entire fortune. But there’s a catch: he must spend $30 million in 30 days as a condition of receiving his real inheritance of $300 million. And to complicate matters, he can’t tell anyone why he’s “throwing away” all that cash … or he will forfeit everything. On Blu-ray from Shout! Select … In “Nothing Man” (2017), starring Daniel Hall, Jennifer Jordan, Ric Vince and Tony Goodall, a frightened amnesiac, Noam, has taken himself away from society, living life as a homeless man. When his only friend is murdered in cold blood, Noam sets out in search of justice and truth, but at the cost of unlocking his own checkered past. From High Octane Pictures … In “The Turkey Bowl”
(2019), starring Ryan Hansen, Matt Jones, Kristen Hager, Brett Cullen and Barry Switzer, a former small-town high school quarterback and now a high-powered Chicago businessman, is lured back to his tiny Midwestern town at Thanksgiving by his old friends to finish the legendary Turkey Bowl — a football game that was snowed out 15 years ago. Patrick must risk his future to lead his ragtag team against their bitter crosstown rivals, ultimately realizing how much he misses the simpler life and the girl that got away. From Lionsgate … In 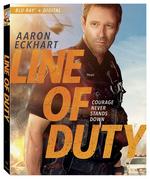 “Line of Duty” (2019), starring Aaron Eckhart, Courtney Eaton, Jessica Lu, Dina Meyer, Ben McKenzie and Giancarlo Esposito, Eckhart stars as Frank Penny, a disgraced cop looking for a shot at redemption. When the police chief’s 11-year-old daughter is abducted, Frank goes rogue to try and save her. But to find the girl, Frank will need the help of Ava Brooks (Eaton), whose live-streaming news channel is broadcasting Frank’s every move. On DVD, Blu-ray/DVD Combo, from Lionsgate … In “Jexi” (2019), starring Adam Devine, Alexandra Shipp, Ron Funches, Charlyne Yi, Wanda Sykes, Justin Hartley, Michael Peña and Rose Byrne, Phil has a major dependency issue — he’s addicted to his phone. He has no friends, he has a job writing pop culture “Top 10” lists, and his love life is non-existent. But his Facebook status is about to change. When he is forced to upgrade his phone, the latest model comes with an unexpected feature … Jexi – an A.I. life coach, virtual assistant and cheerleader. With her help, Phil begins to get a real life. But as he becomes less dependent on his phone, Jexi’s artificial intelligence morphs into a tech nightmare determined to keep Phil all to herself, even if it means ruining his chances of finding success. On DVD, Blu-ray, from Lionsgate … “2050” (2019), starring Dean Cain, David Vaughn, Irina Abraham and Devin Fuller, is a satiric comic sci-fi fantasy that tells the story of a married video game developer who is introduced to a warehouse that customizes androids for human companionship. From Uncork’d Entertainment.

In “Britt-Marie Was Here” (2019 — Sweden), starring Pernilla August, Vera Vitali, Peter Haber and Olle Sarri, housewife Britt-Marie’e 40-year-old marriage has just ended because she learned her husband was unfaithful. Now, at 63 years old, she is faced with making a new start in life in the small Swedish town of Borg. Told she is nothing but a nagging, passive-aggressive aunt, the only job Britt-Marie can find is a true challenge for which she has had zero training: to coach the town’s youth soccer team. She knows nothing about soccer or coaching, and the team is the town’s pride and joy, but she takes the job anyway, beginning a journey filled with struggles and challenges but also humor, warmth and love. The comedy is based on the best-selling novel by Fredrik Backman, author of “A Man Called Ove.” On DVD, Blu-ray, from Cohen Media Group … 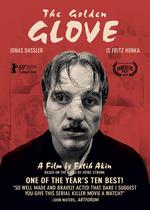 “The Golden Glove” (2019 — Germany), starring Jonas Dassler and Margarete Tiesel, is based on the best-selling novel of the same name, acclaimed filmmaker Fatih Akin delivers a gruesome tale of notorious German serial killer Fritz Honka as he haunts Hamburg’s red light district in the 1970s, frequenting his favorite bar of boozy castaways, the “Golden Glove,” and chasing after any lonely woman he might just be able to lure into his attic. From Strand Releasing … The fantasy film “A Rough Draft” (2018 — Russia), starring Nikita Volkov, Severija Janusauskaite and Vilen Babichev, is written by Sergei Lukianenko, author of the Russian blockbuster “Night Watch,” and is set in and around the concept of open world video gaming, following a man without an identity nor memories who plays middle-man to corresponding worlds. Kirill’s identity has been eliminated, erased from the memories of everyone around him, and he’s forced to serve as the gatekeeper of a portal that connects parallel worlds. From High Octane Pictures.

“The Big Trip” (2020), with the voices of Drake Bell and Pauley Shore, is an animated family film about a gang of misfit animals on an exciting quest to return a panda cub to its family when a stork accidentally delivers it to the wrong place. Received the Dove Seal of Approval for all ages. From Lionsgate.