“Night School” and “Bad Times at the El Royale.” For more information on other releases this week, see the Weekly Guide to Home Video Releases.

In “Red vs. Blue: The Shisno Paradox:” (2018), starring Matt Hullum and Gus Sorola, two groups of soldiers in the distant future are battling for control of the least desirable piece of real estate in the known universe: a box canyon in the middle of nowhere. A simple trip out for pizza ends with the Reds and Blues scattered and lost in time. Their ridiculous adventures in history inadvertently make them pawns in a war between Gods and Titans, which has been raging since before the dawn of time. Based on the longest running web-series on the internet. From Cinedigm … In “The City of Gold” (2018), staring Vernon Wells, Christopher Atkins and Branscombe Richmond, an anguished media magnate, Jonathan Davenport, accompanies his estranged lover to the Peruvian Amazon in pursuit of a reclusive artist living in rebel occupation. Despite its philanthropic intentions, the mission proves to be the harbinger of something dark and ominous rooted deep within Jonathan. From High Octane Pictures.

“Scaffolding” (2018 — Israel), starring Asher Lax, Ami Smolartchik, Yaacov Cohen, Keren Berger and Naama Manor, is based on the real life experiences of director Matan Yair, and follows 17-year-old Asher, compelled by rage, but still endowed with charm and street wisdom, as he is torn between his ailing father wanting him to join the family scaffolding business, and a favorite professor who pushes him toward a more studious life. When tragedy strikes, Asher must take the ultimate test of maturity. From Breaking Glass Pictures.

“Bad Reputation” (2018) is an admiring documentary portrait of punk rock icon Joan Jett, who became mega-famous from the number-one hit “I Love Rock n Roll.” That fame intensified with the music video’s endless play on MTV, world tours and many hits to follow, like “I Hate Myself for Loving You,” but that 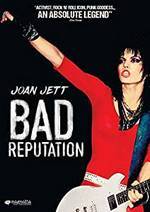 staple of popularity can’t properly define a musician. Jett put her hard work in long before the fame by ripping it up onstage as the backbone of the hard-rock legends The Runaways, starting her record label out of the trunk of a car after being rejected by 23 labels, and influencing many musicians – both her cohort of punk rockers and generations of younger bands – with her no-bullshit style. Bad Reputation is a wild ride as Jett and her close friends tell fans how it really was in the burgeoning ‘70s punk scene and the rocky road that led to rock stardom decades on. Their interviews are laced with amazing archival footage and the theme is clear: Even though people tried to define Jett, she never compromised. She will kick your ass, and you’ll love her 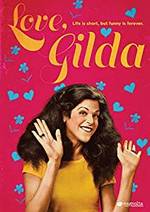 all the more for it. From Magnolia Home Entertainment … In her own words and voice, comedienne Gilda Radner reflects on her life and career in “Love, Gilda” (2018). Weaving together her recently discovered audiotapes and rare home movies, the documentary opens a unique window into the honest and whimsical world of the beloved performer whose greatest role was sharing her story. The unforgettable documentary also includes interviews with original “Saturday Night Live” cast and crew, such as Chevy Chase, Laraine Newman, Paul Shaffer and longtime friend, Martin Short, and diaries read by modern-day comedians who were inspired by Gilda, including Bill Hader, Amy Poehler, Maya Rudolph and Cecily Strong. Radner puts a smile on the faces of people who remember watching her as one of the original cast members of “Saturday Night Live,” where she created and portrayed now-classic comic characters such as Roseanne Roseannadanna, Emily Litella and Lisa Loopner. She quickly rose to meteoric fame in television, movies and on Broadway, and was declared one of America’s sweethearts. Director Lisa D’Apolito unearthed a collection of diaries and personal audio and videotapes documenting her childhood, her comedy career, her life with Gene Wilder and ultimately, her struggle with cancer. From Magnolia Home Entertainment.