“Insidious: The Last Key” and “Father Figures.” For more information on other releases this week, see the Weekly Guide to Home Video Releases.

One of the first Merchant Ivory productions, the sumptuous “Shakespeare Wallah” (1965) established the tone for so many of the collaborations to come from producer Is mail Merchant and director James Ivory: the deft, multilayered screenplay by their frequent collaborator Ruth Prawer Jhabvala, luminous cinematography, a wry 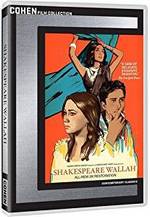 sense of humor and a cast of characters rich in their very human complexity. The true story of British actor-manager Geoffrey Kendal and his family of traveling theatrical players is used as a fascinating lens into the ever-evolving relationship between Great Britain and India. The film follows Tony Buckingham and his wife, Carla, as the actor-managers of a troupe who travel through 1960s post-colonial India staging Shakespeare’s plays. But the Buckinghams come to realize to their dismay that classic English theater is falling out of favor in a changing country where the public has become more excited by the explosion of vibrant Bollywood films — and, more deeply, is looking to move beyond everything British. Stars Geoffrey Kendal, Laura Liddell, Shashi Kapoor and Madhur Jaffrey. Extras include a conversation with the filmmakers, featuring Is mail Merchant, James Ivory, Shashi Kapoor and Felicity Kendal; original trailer; 2017 rerelease trailer. From the Cohen Film Collection.

“Ballers: The Complete Third Season” (2017) is a single disc with 10 episodes. This season, retired football superstar Spencer Strasmor (Dwayne Johnson), along with longtime colleague Joe Krutel (Rob Corddry), return with a new outlook and fresh goals, hoping to forge bonds with new players across the country while improving his relationships with existing clients. In an ever-changing business where the shelf life for stardom and multi-million-dollar contracts are short, Spencer is intent on proving that the key to successful sports management isn’t just about making money and having fun — it’s about delivering on the promises you make. On DVD, Blu-ray Disc, from HBO … “The Governor: The Complete Collection” (1995-96) is a five-disc set with all 12 episodes. Two-time Academy Award-nominee Janet McTeer stars in this gritty prison drama by acclaimed British crime writer Lynda La Plante (“Above Suspicion,” “The Commander”). After a disastrous riot at Barfield Prison, Helen Hewitt (McTeer) helps investigate an inmate’s suspicious death. When the governor of Barfield is subsequently ousted, Helen takes the job, 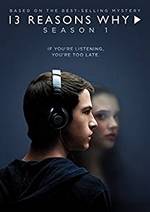 becoming the youngest woman in charge of an all-male prison. Determined to clean up the place, she causes resentment among both prisoners and officers with her new ideas and no-nonsense attitude. Despite the odds stacked against her, Helen works tirelessly to earn the respect she deserves. From Acorn Media … “13 Reasons Why Season One” (2017) is a four-disc set with all 13 episodes of the critically acclaimed ground-breaking drama. Clay Jensen (Dylan Minnette) returns home from high school to discover a box of cassette tapes, recorded by Hannah Baker (Katherine Langford), his classmate and secret crush, who died by suicide only two weeks before. Hannah’s tapes reveal the 13 reasons that led to her untimely death, and the people she felt were responsible. This begins an emotional journey of suspense and heartbreak to uncover the mystery behind Hannah’s tragic end. Based on the best-selling mystery by author Jay Asher. Named one of the top 15 pop culture moments that defined 2017 by USA Today, “13 REASONS WHY” inspired more than 11 million tweets, becoming one of the top 10 most-tweeted about television shows and Google’s most-searched show of the year. Season Two will debut on Netflix in 2018. From Paramount.

“My Friend Dahmer” (2017), starring Anne Heche, Vincent Kartheiser, Ross Lynch, Alex Wolff and Dallas Roberts, is based on the acclaimed graphic novel about one of the most notorious serial killers of our time. Jeffrey Dahmer committed the rape, murder, and dismemberment of 17 men and boys between 1978 and 1991. Many of his later murders involved necrophilia, cannibalism, and the permanent preservation of body parts. He would become one of America’s most infamous serial killers. Jeff Dahmer (Lynch) was an awkward teenager struggling to make it through high school with a family life in ruins. He collected roadkill, fixated on a neighborhood jogger (Kartheiser), and coped with his unstable mother (Heche) and well intentioned father (Roberts). He began to act out at school, and his goofball antics won over a group of band-nerds who formed The Dahmer Fan Club, headed by Derf Backderf (Wolff). But this camaraderie didn’t mask his growing depravity. Approaching graduation, Dahmer spirals further out of control, inching ever closer to madness. From FilmRise … 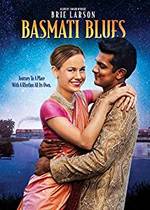 “Basmati Blues” (2017), starring Brie Larson, Saahil Sehgal and Utkarsh Ambudkar, is a musical romantic comedy about two people who reach across cultures, fight against corporate greed, and find love. Academy Award-winner Larson leads an ensemble cast as Dr. Linda Watt, a sheltered but brilliant young scientist who is sent on a work trip to India. She’s welcomed by almost everyone, and embraces a world she is unfamiliar with. She’s also assigned a guide, an ambitious young bureaucrat, who immediately takes a liking to her. But when Linda meets Rajit, a rebellious college student forced to drop out by lack of funds, there’s instant chemistry. And through their playful antagonism, Linda’s eyes are ultimately opened to the fact she has unknowingly become part of a destructive plan against the farmers. When she and the villagers discover her company’s greedy agenda, they work together to fight against the abusive agricultural giant. Features original songs written for the film by global artists Pearl Jam, Kristian Bush of Sugarland, Goldspot, Dave Baerwald, and Sonu Nigam. On DVD, Blu-ray, from Shout! Factory … “The Tag-Along 2” (2017 — Taiwan), starring Rainie Yang, Wei-Ning Hsu and Francesca Kao, is based on 1998 home video footage that spawned an urban legend with never-before-seen viral activity. This sequel to 2015’s “The Tag-Along” (Taiwan’s highest grossing horror film) continues the frightening mystery of “The Little Girl in Red” to critical praise and box office success. When social worker 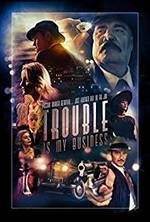 Shu-fen (Yang) discovers her pregnant teenage daughter has disappeared, the only clue to the teen’s whereabouts is a video of her being led away by a mysterious girl in red. As she attempts to unravel the mystery behind the little girl and the disappearance of her daughter, Shu-fen is drawn to the Red Forest where her discovery of an abandoned hospital leads to a series of terrifying experiences that can all be traced back to the legend of the girl in the red dress. From Cinedigm … The classically inspired neo-noir “Trouble Is My Business” (2018), starring Vernon Wells, Brittney Powell, Thomas Konkle, Steve Tom, Jordana Capra and Ben Pace, follows Roland Drake, a 1940s private investigator trying to untangle a mystery that’s only landing him in deeper trouble, in an adventure that ticks all the classic boxes — seductive femme fatales, corrupt cops, murder, a weary PI, troublesome thugs and dames, a priceless gem, and a journey into a world peeled back to reveal a twisted family and the immoral underbelly of human nature. Features the film in color and black & white. From Random Media. 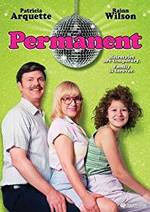 family, Jeanne and Jim (Arquette and Wilson) and their 13-year-old daughter Aurelie (McLean). In this awkward and unique story full of wit and wisdom of a hairstyle gone wrong, the Dicksons are struggling through major life changes together all the while trying desperately to emerge intact on the other side.On DVD, Blu-ray, from Magnolia Home Entertainment … In “Sweet 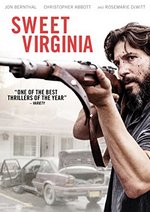 Virginia” (2017), starring Christopher Abbott,Jon Bernthal, Imogen Poots and Rosemarie DeWit, a mysterious stranger sends shock waves through a close-knit community in this nerve-jangling slice of raw suspense. In the wake of a triple murder that leaves the residents of a remote Alaskan outpost on edge, tightly wound drifter Elwood checks into a motel run by Sam, a former rodeo champion whose imposing physical presence conceals a troubled soul. Bound together by their outsider status, the two men strike up an uneasy friendship: a dangerous association that will set off a new wave of violence and unleash Sam’s darkest demons. From IFC Films/Shout! Factory.

Adapted from E. Nesbit’s classic novel, this Olivier award-winning production of“The Railway Children” (2016) follows the story of Bobbie, Phyllis and Peter, three sheltered siblings who suffer a huge upheaval when their father is mysteriously taken away. Along with their mother, they move from London to a cottage in rural Yorkshire, where they befriend the local railway porter, Perks, and embark on a magical journey of discovery, friendship and 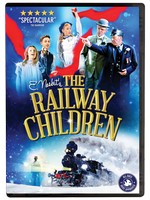 adventure. But the mystery remains – where is their Father, and is he ever coming back? Dove Approved for All Ages, the film, from York Theatre Royal’s Olivier award-winning production features the original locomotive from the original 1970 film. The film captures every moment of Mike Kenny and Damian Cruden’s imaginative, fast-paced production which was staged at England’s National Railway Museum. From Film Movement … “Dance Academy: The Comeback” (2018), starring the original members of the Dance Academy “troupe” — Xenia Goodwin, Thomas Lacey, Keiynan Lonsdale, Alicia Banit, Dena Kaplan and Jordan Rodrigues — along with fresh faces Nic Westaway and Miranda Otto, is based on the two-time Emmy-nominated “Dance Academy” Australian TV series, and continues the story of Tara Webster (Xenia Goodwin), who was destined to become one of the top dancers of her generation before a devastating injury crippled her career. Although she tried to embrace life as a university student, Tara cannot give up her dream of dancing professionally. In her quest to defy the odds in a near impossible comeback, Tara leaves her life and love behind in Sydney and travels to New York. From Cinedigm.

“Nature: The Last Rhino” (2017) is the tragic story of the last Northern White Rhino who has survived against all odds, and how experts are working to save the rest of the species from extinction. Meet Sudan, the last male of his sub-species, the Northern White Rhinoceros. His harrowing journey is told through the international cast of characters who have been involved in Sudan’s life, from when 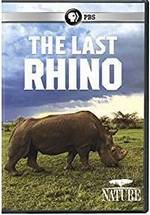 he was snatched as a calf from his mother’s side in war-torn Central Africa, to his captivity as a prized exhibit in a cold, concrete zoo behind the Iron Curtain while poaching devastated his kind to extinction back home. Now at 43 years old and half-blind, Sudan is living out his days under 24-hour armed guard, on a protective sanctuary in Kenya. As his kind nears its last hour, scientists and animal experts turn to technology in a race to save the Northern White Rhino before it dies out forever. From PBS Distribution … Black holes: they are the most enigmatic, mysterious, and exotic objects in the universe. “Nova: Black Hole Apocalypse” (2018) investigates recent surprising discoveries about black holes that have raised deep questions and brought astrophysics to a major crossroads. Guided by astrophysicist and novelist Janna Levin, viewers journey to the weirdest places in the cosmos to explore the profound mysteries of these gravitational monsters. Where do they come from? What’s inside them? What happens if you fall into one? And what can they tell us about the nature of space, time, and gravity? Through dynamic CGI animation, Levin illustrates the principles of gravity, and even takes a trip to the edge of the black hole at the center of our galaxy. What will happen if she gets too close? From PBS Distribution.