“Uncut Gems,” “Bombshell,” “Charlie’s Angels” and “Spies in Disguise.” For more information on other releases this week, see the Weekly Guide to Home Video Releases. 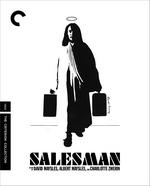 they travel from Boston to Florida on a seemingly futile quest to sell luxury editions of the Good Book to working-class Catholics. A vivid evocation of midcentury malaise that unfolds against a backdrop of cheap motels, smoky diners, and suburban living rooms, “Salesman” assumes poignant dimensions as it uncovers the way its subjects’ fast-talking bravado masks frustration, disappointment, and despair. Revolutionizing the art of nonfiction storytelling with its nonjudgmental, observational style, this landmark documentary is one of the most penetrating films ever made about how deeply embedded consumerism is in America’s sense of its own values. The film makes its Blu-ray debut with a new, restored 4K digital transfer, undertaken by the Academy Film Archive, The Film Foundation, and the George Lucas Family Foundation, with uncompressed monaural soundtrack. From The Criterion Collection.

“The Affair: The Final Season” (2019) is a four-disc set with all 11 episodes of the series that begins when a struggling novelist and a young waitress strike up an extramarital relationship that promises to forever change the course of their lives. Chronicling the aftermath of last season’s horrific events, the characters come to terms with the consequences 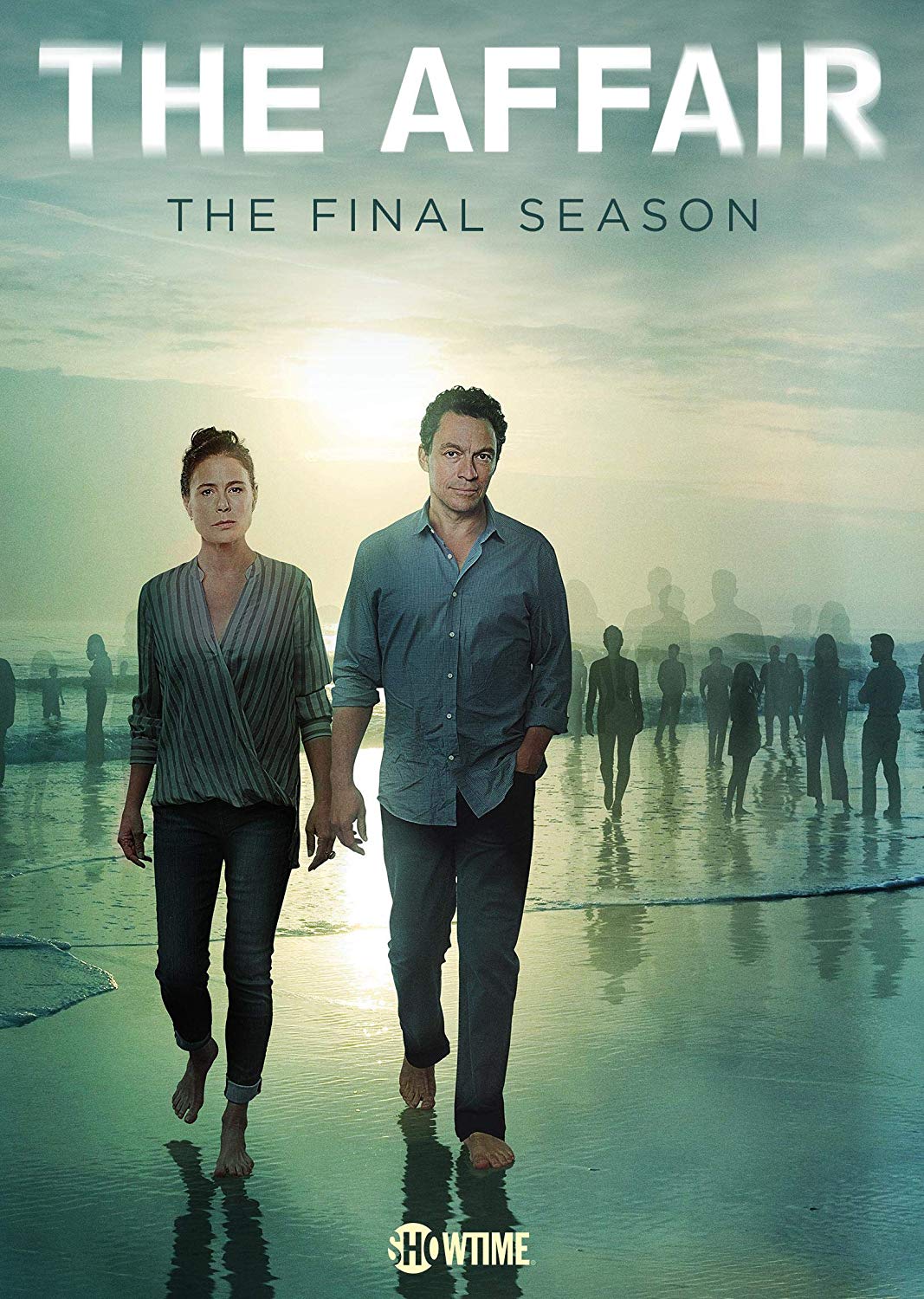 of their choices — as they make the realization that, if they really want to change their futures, they must first face the past. Helen (Maura Tierney) begins the season involved in an intoxicating new affair with charismatic movie star Sasha Mann (Claes Bang), who offers to give her everything she’s been missing. Meanwhile, Noah (Dominic West) has to swallow his pride and jealousy and step in to take care of his family in her absence. Just when things seem to have stabilized, a chance encounter with someone from the distant past sets in motion a sequence of events that brings them both to their knees. Alison (Ruth Wilson) and Cole’s (Joshua Jackson) now adult daughter, Joanie Lockhart (Dominic Paquin), returns some years in the future to piece together the truth about what happened to her mother. On DVD from Showtime/CBS/Paramount … “The Affair: The Complete Series” (2014-19) is a 19-disc collection with all five seasons — 53 episodes — and special features, including featurettes, character profiles, behind-the-scenes content and more. On DVD from Showtime/CBS/Paramount.

In “The Alpha Test” (2020), starring Rae Hunt, Wynn Reichert, Brad Belemjian and Mack Bayda, a suburban family drives their new gadget, The Alpha Home Assistant, to a killing rampage after mistreating and abusing it, leading to a full A.I. uprising. From High Octane Pictures … Ten years ago in “The Witch: Subversion” (2018 — South Korea), starring Kim Da-mi and Choi Woo-shik, Ja-yoon escaped from a secret government facility in the midst of an inexplicable incident. An old couple 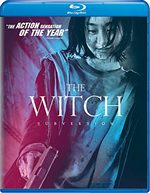 finds her alone near death in the woods and takes her in even though she has no memory of who she is or how she got there. She grows up to be a bright high school student and enters a nationally televised audition program to win the top prize and help her struggling family. But as soon as she appears on TV, strange people start appearing in her life and Ja-yoon falls into turmoil as her seemingly ordinary life turns upside down in a blink of an eye. On DVD and Blu-ray from Well Go USA … In “Exit 0” (2019), starring Gabe Fazio, Augie Duke, Peter Greene and Federico Castelluccio, a young couple set out on a weekend getaway in hopes of mending their failing relationship but their seemingly innocent weekend turns dark when the man discovers a videotape chronicling the events of a murder in their hotel room from years before. From Breaking Glass Pictures … “Inherit the Viper” (2019), starring Josh Hartnett, Margarita Levieva, Owen Teague, Valorie Curry, Chandler Riggs, Dash Mihok and Bruce Dern, is a crime thriller about three siblings in Appalachia getting by as local opioid dealers, trying not to get caught in the spiral of violence that comes with the territory. On DVD, Blu-ray/DVD Combo, from Lionsgate … 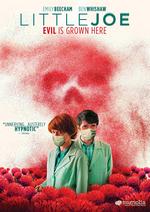 In “Little Joe” (2019 — UK), starring Emily Beecham, Ben Whishaw, Kerry Fox and Kit Connor, Alice Woodward (Beecham), a single mother and dedicated senior plant breeder at a corporation engaged in developing new species, has engineered a special crimson flower, remarkable not only for its beauty but also for its therapeutic value: if kept at the ideal temperature, fed properly and spoken to regularly, this plant makes its owner happy. Against company policy, Alice takes one home as a gift for her teenage son, Joe. They christen it “Little Joe.” But as their plant grows, so too does Alice’s suspicion that her new creation may not be as harmless as its nickname suggests. From Magnolia Home Entertainment … In “Ghost Killers vs Bloody Mary” (2018 — Brazil), starring Dani Calabresa, Léo Lins and Danilo Gentili, a quartet of self-proclaimed ghost hunters, looking for an easy way to Internet stardom, takes an assignment at a local school to rid its halls of the newly unleashed spirit of “Bloody Mary.” But despite their efforts to stage the perfect supernatural hoax, the group discovers instead that the ghost is very real and very much out for blood. An exercise in bad taste, featuring gratuitous sex, violence, profanity and one seriously pissed-off ghost. From Dark Sky Films/MPI … The legendary Bob Dylan leads an incredible all-star cast in the dark and unusual musical tale “Masked and Anonymous” (2003). Dylan plays the enigmatic Jack Fate, a former traveling troubadour who is sprung from jail by his scheming manager to headline a highly sketchy and misguided benefit concert for a decaying America. Fate’s journey finds him crossing paths with a host of humanity, played by an ensemble cast that reads like a Who’s Who of Hollywood, including Jeff Bridges, John Goodman, Penélope Cruz, Jessica Lange, Luke Wilson, Angela Bassett, Bruce Dern, Mickey Rourke, and many more. Featuring musical performances by Dylan himself, “Masked and Anonymous” is an uncommonly original film from Larry Charles, the director of “Borat.” Making its Bluray debut, from Shout Select … In “Luz” (2018 — Germany), staring Luana Velis, Jan Bluthardt, Julia Riedler, Johannes Benecke, Nadja Stübiger and Lilli Lorenz, Luz, a young cabdriver, drags herself into the brightly lit entrance of a run-down police station. A demonic entity follows her, determined to finally be close to the woman it loves. Shot entirely on 16mm and featuring a hypnotic synth-driven score, this first-time feature film from director Tilman Singer pays homage to the Euro Horror sensibilities of Andrzej Zulawski’s “Possession” while subverting and reinventing the genre along with contemporaries like Panos Cosmatos (“Mandy”). On Blu-ray from Altered Innocence.

In the family adventure “The Adventures of A.R.I: My Robot Friend” (2020), a boy named Noah finds a broken A.R.I.-9 robot at his dad’s tech job. After he accidentally reboots “Ari,” the smart, playful robot comes to life. Then, when Noah brings Ari to school to show his friend Bethany, they are amazed to learn he can turn invisible — and even fly. But Ari’s angry creators want to steal his circuitry for a new droid. When they send a signal that puts the robot into battle mode, will Noah’s new best friend become his most dangerous enemy? From Lionsgate.

Told through the eyes of 15-year-old Jamil Sunsin, “Colossus” (2018) is a modern-day immigrant tale of one family’s desperate struggle after deportation leads to family separation, and the elusive search for the American dream. Jamil is the only person in his family born in the U.S. His parents and sister came from Honduras and lived in America for a decade before Jamil’s father was arrested for being undocumented. The entire family was forced to return to Honduras, a country wracked with violence. After a knife attack traumatizes Jamil, his family makes an excruciating choice to send him back to the America – alone. This intimate portrait is a rare look into the aftermath of deportation and family separation, amidst the current backlash against America’s immigrants. From First Run Features.