“Pacific Rim Uprising,” “The Death of Stalin” and “Unsane.” For more information on other releases this week, see the Weekly Guide to Home Video Releases. 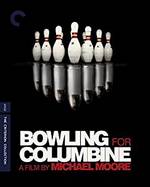 In the wake of the Columbine High School massacre in 1999, the intrepid documentarian Michael Moore set out to investigate the long, often volatile love affair between Americans and their firearms, uncovering the pervasive culture of fear that keeps the nation locked and loaded in “Bowling for Columbine” (2002). Equipped with a camera and a microphone, Moore follows the trail of bullets from Littleton, Colorado, and Flint, Michigan, all the way to Kmart’s Michigan headquarters and NRA president Charlton Heston’s Beverly Hills mansion, meeting shooting survivors, militia members, mild-mannered Canadians, and musician Marilyn Manson along the way. An unprecedented popular success that helped usher in a new era in documentary filmmaking, the Oscar-winning “Bowling for Columbine” is a raucous, impassioned, and still tragically relevant journey through the American psyche. On DVD and Blu-ray, with new high-definition digital restoration, with 2.0 surround DTS-HD Master Audio soundtrack on the Blu-ray. From The Criterion Collection … Glenda Jackson and Susannah York provide a volatile mixture of class confrontation, Freudian passion, and criminal mischief in “The Maids” (1974), an unbridled, expertly cinematic rendering of the play by Jean Genet, one of the most creative and provocative minds of the 20th Century. Solange and Claire are Paris maids who tend to the domestic needs of a cruel socialite (Vivien Merchant). Whenever Madame is away, the bonnes obsessively act out complex psychodramas of domination and control that fuel a lust for revenge upon the haughty woman they serve. On DVD, Blu-ray from Kino Classics … 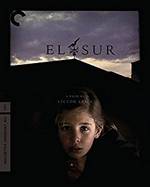 Ten years after making his mark on Spanish cinema with “The Spirit of the Beehive,” Víctor Erice returned to filmmaking with “El Sur” (1983 — Spain), an adaptation of a novella by Adelaida García Morales, which deepens the director’s fascination with childhood, fantasy, and the legacy of his country’s civil war. In the North of Spain, Estrella grows up captivated by her father, a doctor with mystical powers — and by the enigma of his youth in the South, a near-mythical region whose secrets seem to haunt him more and more as time goes on. Though Erice’s original vision also encompassed a long section set in the South itself, which was never made, “El Sur” remains an experience of rare perfection and satisfaction, drawing on painterly cinematography by José Luis Alcaine to evoke the enchantments of memory and the inaccessible, inescapable mysteries of the past. On DVD and Blu-ray, with new 2K digital restoration, with uncompressed monaural soundtrack on the Blu-ray.

In “Midnight Sun” (2018), starring Bella Thorne, Patrick Schwarzenegger and Rob Riggle, 17-year-old Katie Price (Thorne) has been sheltered since childhood with a rare disease that makes even the smallest amount of sunlight deadly. During the day she is housebound, but after nightfall, Katie can venture out to the local train station and play her guitar for travelers. One night, her dreams come true when she’s noticed by Charlie (Schwarzenegger), whom she has secretly admired for years, and decides to hide her condition from him as the two embark on a uniquely powerful romance over one nearly perfect summer. On DVD, Blu-ray/DVD Combo, from Universal … 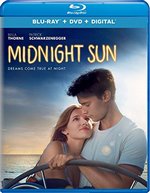 “Flower” (2017), starring Zoey Deutch, Kathryn Hahn, Tim Heidecker and Adam Scott, is a coming-of-age film tells the story of an outspoken rebellious teenage girl who conspires with her new stepbrother to expose a high school teacher’s dark secret. From Lionsgate … In “Alex & Me” (2018), starring soccer superstar Alex Morgan, Siena Agudong, Jerry Trainor and Matt Cornett, teenager Reagan Willis (Agudong) has one dream – to play soccer like her hero, Alex Morgan. Her bedroom is a shrine to all things Alex, including a life-size poster of the Olympic gold medalist. Yet in the Willis house, Reagan lives in the shadow of her prep football superstar brother, Logan. When Reagan fails to make the cut of the premiere local soccer club team and is humiliated by her rival Claire, she’s certain her ship has sailed. But after accidentally hitting her head, Reagan’s poster of Alex Morgan suddenly comes to life and everything changes. On DVD, Blu-ray, from Warner … 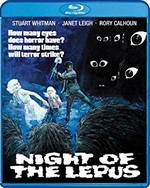 “Night of the Lepus” (1972), starring Stuart Whitman, Janet Leigh, Rory Calhoun and DeForest Kelley, makes iots Blu-ray debut this week. Giant mutant rabbits are on the loose in this campy 70’s cult classic. A hormone intended to alter the breeding cycle of rabbits overrunning Arizona ranchlands ends up turning them into flesh-eating, 150-pound monsters. New 2K scan of the original film elements. From Shout! Factory … In “Frat Pack” (2018), starring Beverly D’Angelo, Richard Alan Reid, Danny Trejo, Rachel Risen, Lochlyn Munro and Hana Mae Lee, when Moira (D’Angelo) decides to marry into a larger-than-life American family, her son, Elliot (Reid), is dragged on a road trip across the country with his soon-to-be stepbrothers and their sweet, sensible neighbor, Skylar (Risen), for an epic alumni-weekend fraternity rager. On the road, the gang meets drug dealers, tattoo artists, snooty clerks, and party gals who don’t act like ladies. All the while, Elliot’s dying to make a pass at cute Skylar — but will he pass out instead? From Lionsgate.

“Furious” (2017 — Russian), starring Ilya Malakov, Alexander Ilyin Jr., Yuliya Khlynina and Alexey Serebryakov, is a Russian historical epic. In the 13th-century, Mongol warrior hordes and their leader, Batu Khan, control most of the known world. As the Mongols move towards Europe, they invade the last Russian principality standing in their way. Little do they know, their plans are about to 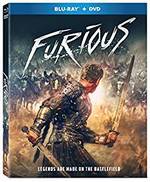 be ruined by a small detachment of heroic men led by a mysterious warrior. This is a story about courage, endurance and self-sacrifice for the sake of one’s country. This is the story of Evpaty the Furious. On DVD, Blu-ray/DVD Combo, from Well Go USA … From celebrated French writer-director Cédric Klapisch (“L’Auberge Espagnole,” “Russian Dolls,” “Chinese Puzzle”) comes the comedy-drama “Back To Burgundy” (2018 — France), an absorbing tale of three 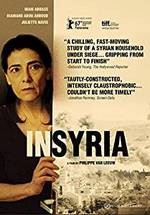 thirtysomething siblings who reunite at their vineyard in Burgundy to save the family wine business while re-examining their life choices and relationships. Stars Pio Marmaï, Ana Girardot, François Civil and Jean-Marc Roulot. From Music Box Films … “In Syria” (2017 — Belgium | France | Lebanon), starring Hiam Abbass, Diamand Abou Abboud and Juliette Navis, is the Berlin Film Festival Audience Award Winner that hows the civilian side of a war too often ignored by the media … a unique look at one of the most troubling humanitarian crises in recent memory. Trapped in a city under siege, mother of three Oum Yazan (Hiam Abbass) struggles to keep her family and neighbors safe by converting her Damascus apartment into a barricaded shelter. But with war raging outside and snipers preventing any means of escape, their situation grows even more dire when armed bandits infiltrate the building and begin to threaten them from within. From Film Movement.

“Pressing On: The Letterpress Film” (2018): The modern world was born on a printing press. Once essential to communication, the 500-year-old process is now in danger of being lost as its caretaker’s age. From self-proclaimed basement hoarders to the famed Hatch Show Print, Pressing On: The Letterpress Film explores the question: why has letterpress survived in a digital age? Worlds of each character emerge as unusual narratives — joyful, mournful, reflective and visionary — are punctuated with on-screen visual poetry, every shot meticulously composed. Captivating personalities blend with wood, metal and type as young printers strive to save this historic process in a film created for the designer, type nerd, historian and collector in us all. On DVD, Blu-ray, from Giant Interactive/Bayonet Media.