“Edge of Tomorrow,” “A Million Ways to Die in the West,” “Million Dollar Arm” and “Obvious Child.” For more information on these and other releases this week, see the Weekly Guide to Home Video Releases.

There’s three blasts from the past to tickle your imagination this week:

Disney has on offer the “Sleeping Beauty Diamond Edition,” a Blu-ray reissue of the 2008 50th Anniversary Platinum Edition Blu-ray. The image and sound are superb, as was that version six years ago, and the extra features are embellished with three never-before-seen deleted scenes. 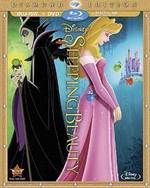 Other special features include “Once Upon a Parade,” in which “Modern Family” star Sarah Hyland tells us the tale of Walt Disney World’s new Festival of Fantasy Parade; “Art of Evil: Generations of Disney Villains,” a legacy piece spotlighting Disney’s favorite villain animator and Maleficent creator Marc Davis; “@DisneyAnimation: Artists in Motion,” in which Walt Disney Animation Visual Development artist Brittney Lee goes through the process of creating a three dimensional sculpture of Maleficent, completely out of paper; “BEAUTY-OKE Once Upon A Dream” sing-along; classic DVD bonus features “The Sound of Beauty: Restoring a Classic,” “Picture Perfect: The Making Of Sleeping Beauty,” “Eyvind Earle: A Man And His Art” about “Sleeping Beauty” art director Eyvind Earle. The 1959 film was directed by Clyde Geronimi with the voices of Mary Costa, Bill Shirley, Eleanor Audley, Verna Felton, Barbara Luddy, Barbara Jo Allen. Disney is also releasing a DVD version as well offering it on Disney Movies Anywhere, its cloud service.

Next up is “The Best of The Danny Kaye Show” (2013), a two-disc set with six uncut episodes of the Emmy-winning 1963-1967 variety show. Danny Kaye was at the height of his popularity when “The Danny Kaye Show” debuted on CBS in the fall of 1963. A pair of Broadway hits including “Lady In the Dark” and “Let’s Face 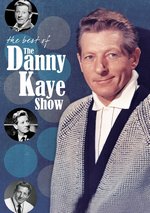 It” and a succession of classic films including “The Secret Life of Walter Mitty,” “The Inspector General,” “The Court Jester,” “Hans Christian Andersen” and “White Christmas” made Danny Kaye one of the biggest stars in show business. “The Danny Kaye Show” was the perfect showcase for its star’s unequaled range of talents: Kaye, who was 52 when the show premiered, sings with Ella Fitzgerald (1966), Nana Mouskouri and Harry Belafonte (1965); sings and dances with Liza Minnelli (1966) and Gene Kelly (1963); and deftly clowns his way through comedy sketches with Art Carney, Rod Serling and Jackie Cooper (1963). Also featured in this collection are Michelle Lee, Buddy Greco, John Gary, Joe & Eddie, Lovelady Powell and Alan Young. Series regulars included Harvey Korman, Jamie Farr, Joyce Van Patten and orchestra leader Paul Weston. Among the numerous gems: Kaye conducting the Television City Philharmonic, a spoof of “The Twilight Zone” with Rod Serling, performances of Danny Kaye classics “Pavlova” written by Danny’s wife Sylvia Fine and originally seen in the film “The Kid From Brooklyn,” and “Ballin’ the Jack” from “On the Riviera,” and a brilliant interpretation of “Take Me Out to the Ballgame” if that song was performed in “My Fair Lady,” West Side Sotry” and “The Music Man.” Not to be missed. $24.95 from MVD Visual.

“The Wonder Years: Season One” (2013) is a two-disc set that includes all six unedited episodes from the unforgettable first season (1988) and features every song from the original broadcasts, with classics by Jimi Hendrix, The Byrds, Joni Mitchell, The Monkees, Steppenwolf and Smokey Robinson, plus Joe Cocker’s timeless rendition of The Beatles’ “With a Little Help from My Friends.” “The Wonder Years” debuted in 1988 following ABC’s broadcast of Super Bowl XXII, and the affectionate look at growing up in the late ’60s and early ’70s in suburban America was unlike 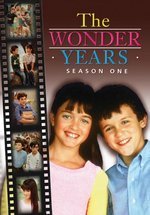 anything else on television. It was 1968 — the year of Nixon and space walks and Mod Squad and Vietnam. Enter Kevin Arnold, a sixth grader at Kennedy Junior High School. Set against the suburban backdrop of Anytown, USA, Kevin sought to minimize his teenage angst while dealing with an older, noogie-happy brother Wayne (Jason Hervey), a rebellious sister, Karen (Olivia d’Abo), distant, workaholic father, Jack (Dan Lauria) and doting housewife mother, Norma (Alley Mills). Add to the mix Paul Pfeiffer (Josh Saviano), his nerdy, allergy-riddled best friend, a potential love interest in winsome girl-next-door Winnie Cooper (Danica McKellar) and narration by an older, wiser, wittier Kevin (voiced by Daniel Stern) to add perspective to the nostalgia, and you have the perfect recipe for TV greatness. And, for the next six seasons, America tuned in to follow Kevin’s exploits, as he navigated adolescence in the most memorable of ways. $19.95. Also available online only is a 26-disc collector’s set featuring all 115 episodes housed in a replica metal locker, along with a host of extras including 23 hours of specially-produced bonus programming. Read the release. From StarVista Entertainment/Time Life.

“The Almighty Johnsons Season 1” (2011) is a three-disc set with 10 episodes of the action-packed comedy drama — set in New Zealand — about four brothers who just happen to be descended from Norse gods; upon turning 21, each brother secretly became a Norse god with his own powers, except that their powers are not all that powerful anymore. From PBS Distribution … “Ancient Aliens: Season 6 – Volume 1” (2013) is a two-disc set with eight episodes. This season digs deeper into what role aliens may have played in shaping our world. Explores whether lost islands and mysterious, Eden-like paradises were actually earthly homes for aliens, and examines why the Greeks, Macedonians and other ancients believed the world’s mountains to be sacred homes to all-powerful gods. Also looks at American history via rock carvings from an 8,000 B.C. man-made cave filled with ancient objects and mummies. Is there a link between this cave and the Native American 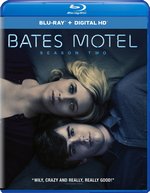 legend of the “star beings”? And more. From Lionsgate … “Bates Motel: Season Two” (2014) Bates Motel has vacancies and welcomes you for a second season of 10 episodes, starring Vera Farmiga and Freddie Highmore. In the aftermath of Miss Watson’s murder, Norman’s (Highmore) innocence is buried under blackouts, suspicious characters, and his strange behavior. Meanwhile, Norma (Farmiga) faces dark truths of her own when family secrets begin to unravel and looming threats from local villains jeopardize Norma’s stab at happiness. No matter where you turn –there’s no escaping what bubbles beneath the surface in White Pine Bay. From Universal … “China Beach: The Complete Series” (1988-91) is a 21-disc set with all 62 episodes as well as 268 classic hit songs as they were played in the original broadcast, $199.98. Celebrates “China Beach’s” 25th Anniversary. In an era of testosterone-driven war movies, “China Beach” delivered a unique perspective: the Vietnam War through the eyes of women. Includes more than 10 hours of new bonus features, a deluxe collector’s box and the “Tales from the Five & Dime” booklet. A limited-edition 25th Anniversary Collector’s Edition includes three commemorative scripts: the series pilot, “China Beach”, “Vets” and the series finale “Hello, Goodbye”; and five 8×10 photos featuring the cast and one 8×10 of the actors together again at the cast reunion. $279.99 from StarVista Entertainment/Time Life … “Duck Dynasty: Season 6” (2014) is a two-disc set with nine episodes, from Lionsgate … “The Great Train Robbery” (2013): On August 8, 1963, Britain awakened to the news of the biggest robbery in the nation’s history. The Royal Mail train from Glasgow to London had been hijacked, and a gang had made off with millions in cash. Who could have executed such an audacious raid? And who could catch them and get the money back? Both stories — A Robber’s Tale and A Copper’s Tale — play out in this two-part drama starring Jim Broadbent, Luke Evans, James Wilby, Tim Pigott-Smith, Martin Compston, Robert Glenister. From Acorn Media … “Hemlock Grove: The Complete First Season” (2013) is a three-disc set with all 13 episodes of the Netflix original series, from Scream Factory/Shout! Factory … “Houdini” (2014) stars Adrien Brody, Kristen Connolly, Evan Jones in the scripted four-hour event that chronicles Harry Houdini’s extraordinary life as he finds fame while defying death with his incredible stunts and illusions. His ability to escape from handcuffs, strait-jackets and water tanks is legendary — but breaking the shackles of his past proved more challenging. Two-disc set with both the History channel mini-series as well as an extended version with 20 additional minutes. From Lionsgate … 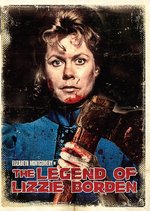 “The Legend of Lizzie Borden” (1975), starring Elizabeth Montgomery, Fionnula Flanagan, Ed Flanders, is a stylized retelling of the events of August 4, 1892, when the parents of New England spinster Lizzie Andrew Borden are found brutally murdered in their Fall River, Massachusetts home. The subsequent incarceration of the prime suspect (Lizzie herself) as well as the coroner’s inquest and trial are largely faithfully depicted, using actual testimony. This legendary TV movie makes its DVD debut from Cinedigm … “Perry Mason Movie Collection: Volume 4” (1991-93) is the latest collection of made-for-TV movies: “The Case of the Glass Coffin,” “The Case of the Fatal Fashion,” “The Case of the Fatal Framing,” “The Case of the Reckless Romeo,” “The Case of the Heartbroken Bride,” “The Case of the Skin-Deep Scandal.” From CBS/Paramount … The hit Canadian mystery “Republic of Doyle, Season 2” (2011) features a father and son sleuthing team based in the province of Newfoundland. Three-disc set with 13 episodes from Acorn Media … “Still Life: A Three Pines Mystery” (2013) is a TV adaptation of Louise Penny’s award-winning book that follows Chief Inspector Armand Gamache (Nathaniel Parker) as he investigates a murder in a picturesque town in Quebec. From Acorn Media … “Vikings Season 2” (2014) is a three-disc set with 10 unrated episodes of the History channel drama series. From Fox.

“Sleeping With the Fishes” (2013), starring Gina Rodriguez, Ana Ortiz and Priscilla Lopez, is a quirky romantic comedy about one girl’s journey of self-discovery and the dynamics of her zany Latino Jewish family. Alexis Fish (Rodriguez) is left broke and broken-hearted after the death of her cheating husband, working as a phone sex operator and a walking meatball hero. As she returns to her hometown of Brooklyn for a distant Aunt’s funeral, she fears to admit to her family and overbearing mother (Lopez) that her life is a mess. With help from her quirky sister Kayla (Ortiz) and a new love interest, Alexis realizes she must let go of her past to define her own future. From Breaking Glass Pictures … The wide range of 21st-century cinema created by women is represented in “The Female Gaze,” a boxed DVD set of seven films from 2001 to 2012 and represent filmmakers from the United States, France, Peru, Turkey and Germany. Several of the titles, each offering a unique female perspective on contemporary society, have received awards, and all have earned accolades for their wide-ranging styles, themes and performances. Read more about “The Female Gaze.” From Film Movement.