“The Hobbit: The Battle of the Five Armies,” “Unbroken” and “Into the Woods.” For more information on these and other releases this week, see the Weekly Guide to Home Video Releases.

Lost for over 30 years, “Gone With the Pope” (1981) stars famed nightclub performer Duke Mitchell as Paul, a paroled gangster with an unholy scheme: to kidnap the Pope and charge a dollar from every Catholic in the world as the ransom. Shot in 1975, the film was unfinished at the time of Mitchell’s death in 1981. Sage Stallone and Bob Murawski of Grindhouse Releasing 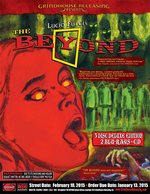 rediscovered the film in 1995 and vowed to save it from obscurity. Academy Award-winning film editor Murawski (“The Hurt Locker,” “Army of Darkness”) spent 15 years completing “Gone With the Pope” from the surviving film elements. In a Blu-ray/DVD Combo from Grindhouse Releasing … The seven dreaded gateways to hell are concealed in seven cursed places … And on the day the gates of hell are opened, the dead will walk the earth. From legendary Italian horror master Lucio Fulci comes “The Beyond” (1981), the ultimate classic of supernatural terror. A cursed hotel, built over one of the seven gateways to hell, becomes a malevolent abyss that begins devouring both the bodies and the souls of all who enter in a graphic frenzy of gory crucifixions, brutal chain-whippings, eyeball impalements, sulphuric acid meltdowns, flesh-eating tarantulas, throat-shredding demon dogs and ravenous bloodthirsty zombies. Digital transfer of the original uncensored director’s cut. In a three-disc collector’s edition: two Blu-rays plus a CD featuring the original soundtrack album by Fabio Frizzi, newly remastered in stunning 96khz sound from the original studio master tapes. Also from Grindhouse Releasing.

In the weird sci-fi thriller “Memory Lane” (2012), starring Michael Guy Allen, Meg Braden, Julian Curi and Zac Snyder, PTSD-plagued war vet Nick returns home and finds that his finance Kayla has committed suicide. He decides to take his own life, but what he sees in flashbacks moments before he is resuscitated leads him to believe Kayla was murdered. Now Nick must travel 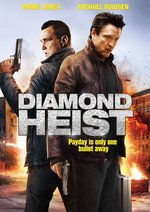 back and fourth between our world and the afterlife in a search for her killer — but to do it, he has to die over and over again. From MVD Entertainment … “Confessions of a Prodigal Son” (2015), starring Kevin Sorbo, Nathan Clarkson, Rachael Lee, Azel James, Tanya Chisholm, Michael Christopher Bolten and Darwin Harris, is a modern retelling of the Prodigal Son story. A rebel leaves his home and family to reflect on self-discovery, suddenly finding himself questioning everything he once learned. He encounters a professor who challenges his thoughts and emotions, helping him realize that life is a story full of unexpected events, but no matter what happens, everyone has a second chance. From Cinedigm … After witnessing a murder, a hapless pair of misfits escape their own near death experience by posing as male strippers — only to find themselves neck deep in even bigger trouble in “Diamond Heist (aka Magic Boys)” (2012), starring Michael Madsen and Vinnie Jones. From Random Media … “Lonesome Dove Church” (2014), starring Tom Berenger, Alex Zahara and Alex Zahara, is the true story of the formation of the Lonesome Dove Church in Texas. A preacher delivers frontier justice on the journey to find and save his outlaw son. From Lionsgate … 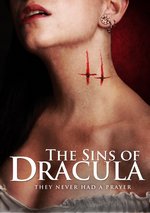 In “The Sins of Dracula” (2014), starring Michael Thurber, Jamie Dufault, Sarah Nicklin, Samantha Acampora and Steven O’Broin, the young star of a local church choir goes against the wishes of his pastor and follows his girlfriend into the world of secular entertainment, joining a local community theatre troupe where he’s introduced to a whole new world of drugs, sexual perversion, and table-top game-play. But nothing could prepare him for the darkest truth of them all: The theatre group is actually a front for a Satanic cult intent on raising Dracula from the grave. Tongue-in-cheek satire of the Christian scare films of the 70s and 80s. From MVD Entertainment … In “LA Apocalypse” (2014), starring David Cade, Gina Holden, Christopher Judge and Eric Allan Kramer, volcanic activity at the Earth’s core turns L.A. into a living nightmare, ripping the city apart. After a mass evacuation, Calvin Crawford is one of few left, desperately searching for his fiancee, Ashley Pace, who unbeknownst to him, has been kidnapped and is being held hostage. With L.A. becoming more unstable by the minute, Calvin must find a way to save Ashley and get them both to safety before the city is completely annihilated. From Anchor Bay.

In “Song One” (2014), starring Anne Hathaway, Johnny Flynn, Mary Steenburgen and Ben Rosenfield, Franny (Hathaway), estranged from her family, returns home when an accident leaves her brother comatose. Retracing his life as an aspiring musician, she tracks down his favorite musician, James Forester (Johnny Flynn) and, against the backdrop of Brooklyn’s music scene, they develop an unexpected relationship and face the realities of their lives. From Cinedigm.

The Criterion Collection celebrates some of the great work of documentary filmmaker Errol Morris with two releases this week. “The Gates of Heaven/Vernon, Florida”: With his trademark mixture of empathy and scrutiny, Errol Morris has changed the face of documentary filmmaking in the United States, and his career began with two remarkable tales of American eccentricity: “Gates of Heaven” (1978) and “Vernon, Florida” (1981). The first uses two Southern California pet cemeteries as the bases for a profound and funny rumination on love, loss, and industry; the second travels to a languorous southern backwater and meets a handful of fascinating folks — a 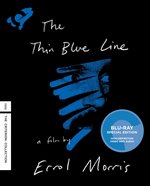 determined turkey hunter, a curious minister, a laconic policeman — engaged in individualistic, sometimes absurd pursuits. Morris consistently creates humane portraits of true candor, and these early works remain two of his greatest and most provocative films. New 2K digital restorations of both films on DVD and Blu-ray, supervised by director Errol Morris, with uncompressed monaural soundtracks on the Blu-rays. Among the most important documentaries ever made, “The Thin Blue Line” (1988) by Morris erases the border between art and activism. A work of meticulous journalism and gripping drama, it recounts the disturbing tale of Randall Adams, a drifter who was charged with the murder of a Dallas police officer and sent to death row, despite overwhelming evidence that he did not commit the crime. Incorporating stylized reenactments, penetrating interviews, and haunting original music by Philip Glass, Morris uses cinema to build a case forensically while effortlessly entertaining his viewers. “The Thin Blue Line” effected real-world change, proving film’s power beyond the shadow of a doubt. New high-definition digital restoration on DVD and Blu-ray, supervised by director Errol Morris and producer Mark Lipson, with uncompressed monaural soundtrack on the Blu-ray.