“Boyhood,” “No Good Deed” and “Love Is Strange.” For more information on these and other releases this week, see the Weekly Guide to Home Video Releases. 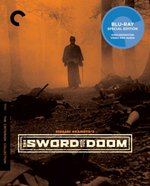 Due from The Criterion Collection on DVD and Blu-ray: “The Sword of Doom” (1966): Tatsuya Nakadai and Toshiro Mifune star in the story of a wandering samurai who exists in a maelstrom of violence. A gifted swordsman plying his craft during the turbulent final days of shogunate rule in Japan, Ryunosuke (Nakadai) kills without remorse or mercy. It is a way of life that ultimately leads to madness. Kihachi Okamoto’s swordplay classic is the thrilling tale of a man who chooses to devote his life to evil. New high-definition digital restoration, with uncompressed monaural soundtrack on the Blu-ray edition.

“Black Sails: The Complete First Season” (2014) is a three-disc set with eight episodes of the Starz series that follows the story of Captain Flint, the most brilliant and feared pirate captain of his day (the 18th century’s Golden Age of Piracy in the Caribbean), who takes on a fast-talking young addition to his crew who goes by the name John Silver. Extras include six behind-the-scenes featurettes: “Black Sails: A Look Inside,” “Dress to Kill,” “Pirate Camp,” “Folklore Is Finished: Pirate Politics,” “A Place In History” and “Building the Behemoth.” From Anchor Bay.

In “The Guest” (2014), starring Dan Stevens, Maika Monroe, Brendan Meyer, Sheila Kelley and Leland Orser. David Collins (Stevens), recently discharged from the military, unexpectedly shows up at the Peterson family’s doorstep, claiming to be their late son’s Army buddy. Welcomed into their home, the well-mannered stranger becomes part of the family until a shocking wave of violence raises daughter Anna’s (Monroe) suspicions that the mysterious ex-soldier is not quite 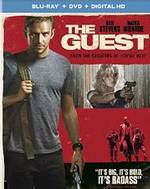 what he seems. On DVD, Blu-ray/DVD Combo from Universal … A woman and her estranged husband try to save their daughter from an evil doll bent on taking over her soul in “Finders Keepers” (2014), starring Jaime Pressly, Patrick Muldoon, Marina Sirtis, Justina Machado, Kylie Rogers and Tobin Bell. From Lionsgate … Beneath the fake blood and cheap masks of countless haunted house attractions across the country, there are whispers of truly terrifying alternatives. Looking to find an authentic, blood-curdling good fright for Halloween, five friends set off on a road trip in an RV to track down these underground Haunts. Just when their search seems to reach a dead end, strange and disturbing things start happening and it becomes clear that the Haunt has come to them in “The Houses October Built” (2015), starring Brandy Schaefer, Zack Andrews, Bobby Roe, Mikey Roe and Jeff Larson. From Image Entertainment … In “Salvo” (2014 — Italy), a 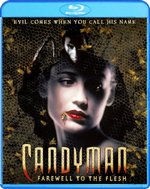 Sicilian hitman, Salvo, is cold and ruthless. When he sneaks into a house on assignment, he discovers Rita, a young blind girl who witnesses her brother’s assassination. In an intense exchange between the killer and his witness, the darkness is lifted from Rita’s eyes just as Salvo decides, against his murderous instincts, to spare her life. Both haunted by their brief encounter, the two will attempt to navigate their dangerous next steps side by side. From Film Movement … In “The Dark Valley” (2014 — Austria/Germany), starring Sam Riley, a lone rider (Riley) arrives in a small high mountain village; nobody knows where he’s from and nobody wants him there … especially after the two sons of the town’s patriarch are murdered. From Film Movement … And, last but not least there’s the Blu-ray debut of “Candyman: Farewell to the Flesh” (1995) A victim of unspeakable evil while he lived, the “Candyman” (Tony Todd) has become evil incarnate in his afterlife. In this sequel to 1992’s “Candyman,” the big-screen directorial debut of Bill Condon (“Gods and Monsters,” “Kinsey,” “Dreamgirls”), he haunts the city of New Orleans, where a young schoolteacher named Annie Tarrant (Kelly Rowan) is struggling to solve the brutal murder of her father. The locals insist that he was slain by the Candyman, but Annie is not convinced … until she unwittingly summons the monster forth, learns the secret of his power, and discovers the link that connects her to him. Co-stars Timothy Carhar and Veronica Cartwright. From Scream Factory/Shout! Factory. 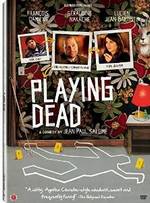 In “Playing Dead” (2013 — France), Jean, a 40-year-old unemployed actor, has hit rock bottom. Insufferably clueless and egotistical, his over-the-top “method” acting and high-maintenance personality have gotten him fired from countless jobs. At the unemployment office, his counselor sets him up with a rather odd job: helping the police reconstruct crime scenes by standing in for the dead victim. Jean’s obsession for detail impresses the beautiful chief investigator, allowing him to take a leading role in a double-murder investigation at a ritzy ski resort. From First Run Features … The high-energy romantic road movie “Happy End” (2014 — Germany), starring Sinha Gierke and Verena Wustkamp, revolves around two women who embark on a wild adventure to deliver the ashes of a recently deceased friend to her final resting place. From Wolfe Video. 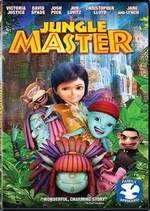 When an evil scientist threatens the planet, courage and true friendship are put to the test in order to save the rainforest in this animated adventure “Jungle Master” (2014), with the voices of Victoria Justice, David Spade, Josh Peck, Jon Lovitz and Jane Lynch. From Lionsgate … “SpongeBob SquarePants: The Pilot, A Mini Movie & The Squareshorts” is a collection of classic SpongeBob fun — in time for the February theatrical release of “The SpongeBob Movie: Sponge Out Of Water” — including the original pilot episode from 1999, the mini movie “Truth or Square” and over 40 shorts filled with everyone’s favorite Bikini Bottom friends. From Nickelodeon/Paramount.

“The Pleasures of Being Out of Step: Notes on the Life of Nat Hentoff” (2014): Nat Hentoff is one of the enduring voices of the last 65 years, a writer who championed jazz as an art form and was present at the creation of “alternative” journalism in America. This unique documentary wraps the themes of liberty, identity and free expression around a historical narrative that 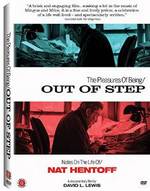 stretches from the Great Depression to the Patriot Act. At the core of the film are three extraordinary, intimate conversations with Hentoff, plus additional interviews with such luminaries as Amiri Baraka, Stanley Crouch, Floyd Abrams, Aryeh Neier and Dan Morgenstern. Interwoven through it all is the sublime music of Duke Ellington, Miles Davis, John Coltrane, Charles Mingus and Bob Dylan, along with never-before-seen photographs and archival footage of these artists and other cultural figures at the height of their powers. From First Run Features … When renowned paleontologist Peter Larson and his team from the Black Hills Institute made the world’s greatest dinosaur discovery in 1990, they knew it was the find of a lifetime: the largest, most complete Tyrannosaurus Rex ever found. But during a 10-year battle with the U.S. government, powerful museums, Native American tribes and competing paleontologists, they found themselves not only fighting to keep their dinosaur, but fighting for their freedom as well. “Dinosaur 13” (2014) is an incredible true story 66 million years in the making. Features a new director’s cut of the film. On DVD, Blu-ray from Lionsgate.