Happy Holidays to all our OnVideo friends

“The Trip to Italy” and “Pride.” For more information on these and other releases this week, see the Weekly Guide to Home Video Releases.

“Intruders” (2014), starring John Simm, Mira Sorvino, Tory Kittles, James Frain and Millie Brown, is a two-disc set with the eight-part paranormal thriller series about a secret society devoted to chasing immortality by seeking refuge in the bodies of the living. As strange, 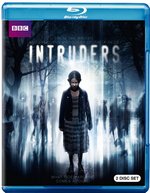 apparently unrelated events start happening, multiple story-lines — a missing wife, an assassin covering his crimes,, a child on the run — begin to intertwine to reveal a conspiracy that will forever change our understanding of human nature. Jack Whelan (Simm), a former LAPD cop with a troubled and violent history, finds the quiet idyllic life he has created with his wife, Amy (Sorvino), shattered when she vanishes. Jack is drawn deeper into the mystery when his high school friend, Gary Fischer (Tory Kittles), shows u asking for help with a murder case. Initially dismissive of Gary’s claims, the more Jack investigates the more complex and surreal his discoveries become. What Jack uncovers leads him down the dark path of his own past and closer to the terrifying revelations about a secret society known as Qui Reverti. DVD: $29.98, Blu-ray Disc: $34.98. From BBC Home Entertainment.

In “The Good Lie” (2014). starring Reese Witherspoon, Corey Stoll and the Lost Boys (a group of real-life Sudanese refugees), young Sudanese refugees — orphaned by the brutal civil war in Sudan, which began in 1983 — are given the chance to resettle in America arrive in Kansas, where their encounter with employment agency counselor forever changes all of their lives. On Blu-ray/DVD Combo from Warner … When a kingdom’s gold goes missing in ancient China, a group of elite royal guards are tasked with recovering the riches — but they quickly realize that the missing gold is part of a larger rebel defiance, made up of a group of assassins who have banded 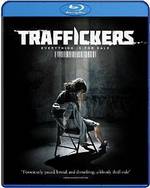 together to rid the government of corruption in “7 Assassins” (2013 — China), starring Eric Tsang, Gigi Leung, Felix Wong, Ray Lui and Michael Wong. From Lionsgate … Fifty-six years after a patient at the Hillcrest Sanatorium went on a bloody, child-killing rampage before killing himself, a team of ghost hunters – from the popular TV series “Ghost Trackers” – prepares to spend the night at the sanatorium in the hopes of capturing paranormal activity. Instead, they unleash a horrifying force of evil … hell-bent on their destruction in “Sanatorium” (2013), starring Kate Wood Riley, Ben Rodgers, Don Fanelli, Justin Purnell and Megan Neuringer. From After Dark/Lionsgate … The crime thriller “Traffickers” (2012 — South Korea) takes place over six hours on a passenger boat with an ongoing black-market organ-trafficking operation, and a desperate husband out to find his missing wife. Young-Gyu was the best. He was an organ dealer, smuggling body parts for sale to the highest bidder. His crew was the best ­ an organized team of professionals with top skills and no conscience. But when one of them dies on the job, the crew scatters. Now he fronts stolen goods, and has fallen in love with Yoo-Ri, a ticket agent at the port terminal. Her father is dying, and when she turns to a ruthless loan shark for help, Young-Gyu goes on a search to find his old partners for one last job. Stars Im Chang-jung, Daniel Choi, Oh Dal-soo, Cho Youn-hee, Cho Dal-hwan and Jeong Ji-yoon. On DVD, Blu-ray from Well Go USA.

“1,000 Times Good Night” (2014 — Norway), starring Juliette Binoche, Nikolaj Coster-Waldau and Lauryn Canny, a semi-autobiographical drama by filmmaker Erik Poppe, is the poignantly personal and incredibly timely story of Rebecca, one of the world’s top war photographers. On assignment while photographing a female suicide bomber in Kabul, she gets badly hurt. Back home, another bomb drops when her husband and young daughters — fearful for her safety — give her an ultimatum: her work or her family. From Film Movement.

“American Experience: Cold War Roadshow” (2014) tells the story of one of the most bizarre episodes in the annals of modern history — the unprecedented barnstorming across America in the fall of 1959 by Soviet Premier Nikita Khrushchev, the world leader of communism and America’s arch nemesis. At the very height of the Cold War, with American schoolchildren practicing duck-and- 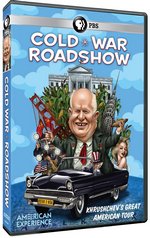 cover drills, the man who Americans feared could incinerate them in a rain of hydrogen bombs arrived in Washington, D.C. at the invitation of President Eisenhower. For both men, the visit was an opportunity to halt the escalating threats of the Cold War and chart a new course toward peaceful coexistence. For the American press, it was the media blockbuster story of the year. What were Americans to make of this boisterous, rotund and strangely likable Russian dictator and his uncanny ability to upstage even the savviest politician with both charm and charisma? From PBS Distribution … “Frontline: The Rise of ISIS” (2014): A year ago, few people had heard of the Islamic State of Iraq and Syria (ISIS) — the brutal jihadist group. How did ISIS become a major force so quickly? And what does it mean for the U.S. to be back in Iraq, fighting a new war on terror, less than three years after American troops pulled out of the country? The documentary traces how ISIS gained strength in Syria (ISIS grew out of the disaffection of Iraqi Sunnis who were sidelined and targeted by Shia Prime Minister Nouri al-Maliki after the American withdrawal), how they’re funded, how they operate, and how, city by city, from Ramadi to Fallujah to Mosul, they swept across Iraq — seizing territory, recording and broadcasting mass executions, and drawing recruits from an estimated 80 countries. From PBS Distribution.