Written and directed by Jon Stewart, “Irresistible” (2020), starring Steve Carell, Rose Byrne, Chris Cooper, Mackenzie Davis, Topher Grace and Natasha Lyonne, is a comedy about what happens when a small Wisconsin town becomes the main attraction of our political circus. After the Democrat’s top strategist Gary (Carell) sees a video of a retired Marine Colonel (Cooper) 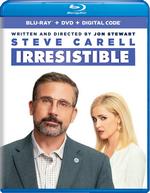 standing up for the rights of his town’s undocumented workers, Gary believes he has found the key to winning back the Heartland. However, when the Republicans counter him by sending in his brilliant nemesis Faith (Byrne), what started out as a local race quickly becomes an out-of-control and hilarious fight for the soul of America. On DVD, Blu-ray, from Universal … Based on a legend of ancient Slavic lore, the horror feature “Baba Yaga: Terror Of The Dark Forest” (2020 — Russia) uniquely blends suspense, supernatural horror fantasy and gritty narrative in equal measures. A young family hires a nanny to look after their children — but after gaining the trust of the unsuspecting parents, their new guardian begins exhibiting some alarmingly unnatural behavior. When his parents don’t believe his claims, son Egor is left to contend with the problem on his own — until one day he discovers that the nanny and his young sister have disappeared without a trace. With his parents now in a trance-like state, with no recollection of ever having had a daughter, Egor becomes convinced that his family has crossed paths with the ancient demon Baba Yaga. Enlisting his friends to save his sister, he must stop the dreaded Baba Yaga — before his parents forget him too. On DVD, Blu-ray, from Shout! Studios … In “Blood Quantum” (2019 — Canada), starring Michael Greyeyes, Forrest Goodluck, Kiowa Gordon and Elle-Máijá Tailfeathers, in a post-apocalyptic world, the indigenous people in the isolated reserve of Red Crow are immune to the zombie plague that has taken over the nation, but that doesn’t mean their lives aren’t at risk. It’s up to Traylor (Greyeyes), the tribal sheriff, to protect the families residing on the reserve and a flood of desperate refugees from the hordes of bloodthirsty, walking white corpses that are closing in. On DVD, Blu-ray, from RLJE Films … In “The Shadow of Violence” (2020 — UK/Ireland), starring Cosmo Jarvis, Barry Keoghan, Ned Dennehy and David Wilmot, ex-boxer Douglas “Arm” Armstrong has become a feared enforcer for the drug-dealing Devers family in the dark underbelly of rural Ireland. When his ruthless employers order him to kill for the first time, his loyalties are put to the test. From Lionsgate … 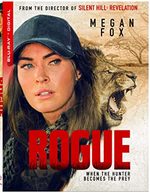 In “Rogue” (2019), Megan Fox,stars as the battle-hardened mercenary team leader O’Hara, who leads a lively squad of soldiers on a daring mission: rescue hostages from their captors in remote Africa. But as the mission goes awry and the team is stranded, O’Hara’s squad must face a bloody, brutal encounter with a gang of rebels — and the horde of ravenous, enraged lions they encounter. On DVD, Blu-ray, from Lionsgate … In “Widow’s Point” (2019), starring Craig Sheffer, KateLynn E. Newberry and Dominic, an author who spends a weekend locked in a haunted lighthouse as a publicity stunt for his next book becomes a target of powerful supernatural forces. From 101 Films … When Beth’s son brings home an imaginary friend named “Z,” she becomes concerned that he is falling too deep into a world of make believe in “Z” (2019 — Canada), starring Keegan Connor Tracy, Jett Klyne, Sean Rogerson, Sara Canning, Stephen McHattie and Chandra West. He starts to display extremely destructive behavior, blaming Z for all of his actions. But after he gets kicked out of school, Beth is forced to find a solution. She medicates her son, making him unable to see his imaginary companion. But now Beth sees Z … and he wants to be her friend. On DVD, Blu-ray, from RLJE Films … “A Night of Horror: Nightmare Radio” (2019 — Argentina/New Zealand/UK) is an anthology of 10 horrifying tales directed by eight rising horror filmmakers (Luciano Onetti and Nicolas Onetti, Sergio Morcillo, Joshua Long, Jason Bognacki, Adam O´Brien, Matt Richards, A.J. Briones, Pablo S. Pastor and Oliver Park). A radio DJ hosts a popular horror-themed show packed with tales of terror for eager listeners. When he receives alarming calls from a horrified child, things start to feel a bit off. What ensues is a roller-coaster ride of horror stories. From Uncorkd’ Entertainment … 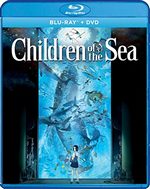 From Japan’s cutting-edge STUDIO4°C (“Tekkonkinkreet,” “MFKZ,” “Mind Game”) and director Ayumu Watanabe comes “Children of the Sea” (2020 — Japan), a beautiful adaptation of the prize-winning manga. Featuring a score from legendary composer and long-time Studio Ghibli collaborator Joe Hisaishi (“Spirited Away,” “My Neighbor Totoro”). When Ruka was younger, she saw a ghost in the water at the aquarium where her dad worked. Now she feels drawn toward the aquarium and the two mysterious boys she meets there, Umi and Sora, who were raised by dugongs and hear the same strange calls from the sea as she does. As the kids get caught up in the mystery behind the sudden worldwide disappearance of the ocean’s fish, they uncover cosmic connections that will change them forever. On DVD, Blu-ray/DVD Combo, from GKIDS/Shout! Factory … In “Terrified” (2017 — Argentina), starring Maxi Ghione, Norberto Gonzalo, Elvira Onetto and Demián Salomón, on an ordinary suburban street in Buenos Aires, voices are heard from kitchen sinks. Bodies are levitating. Evil is here, and it’s up to a doctor, her colleague, and an ex-cop to get to the bottom of this neighborhood nightmare. On DVD, Blu-ray, from RLJE Films.

“Magnum P.I.: Season Two” (2019-20) is a five-disc set with all 20 episodes. A modern take on the classic series centering on Thomas Magnum, a former Navy SEAL who, upon returning 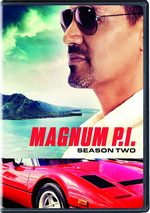 home from Afghanistan, repurposes his military skills to become a private investigator. A charming rogue, an American hero and a die-hard Detroit Tigers fan, Magnum lives in a guest cottage on Robin’s Nest, the luxurious estate where he works as a security consultant to supplement his P.I. business. The “majordomo” of the property is Juliet Higgins, a beautiful and commanding disavowed MI:6 agent whose second job is to keep Magnum in line, with the help of her two Dobermans. With keys to a vintage Ferrari in one hand, aviator sunglasses in the other, and an Old Düsseldorf longneck chilling in the fridge, Thomas Magnum is back on the case. From CBS/Paramount … “SeaChange: Paradise Reclaimed” (2019) is a three-disc set with all eight episodes of the revival of hit Australian dramedy. The 2019 reboot of the award-winning 1990s drama features original cast members Sigrid Thornton, Kerry Armstrong and John Howard. Lawyer Laura Gibson (Thornton)) returns to the small coastal town of Pearl Bay for the first time in 20 years. But the charming community has changed since she left it. After the breakup of her marriage and then losing her job, Gibson finds herself questioning 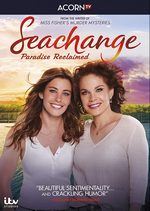 her place in the world. But when she returns to the beachside paradise of Pearl Bay, she finds her estranged daughter Miranda about to give birth to a baby that Laura knows nothing about. With dodgy land deals now threatening Pearl Bay and stormy weather on the way, Laura will learn that her family and her town need her as much as she needs them. From Acorn Media … “Young Sheldon: The Complete Third Season” (2019-20) is a two-disc set with all 21 episodes of the comedy series. For young Sheldon Cooper, it isn’t easy growing up in East Texas. Being a once-in-a-generation mind capable of advanced mathematics and science isn’t always helpful in a land where church and football are king. And while the vulnerable, gifted and somewhat naïve Sheldon deals with the world, his very normal family must find a way to deal with him. On DVD, Blu-ray, from Warner.

In “The Fox Hunter” (2020), starring Brooke Butler, Madison Iseman, Beth Broderick, Jay Huguley and Olivia Applegate, a prominent Southern family of blue-blood media moguls deteriorates at the crossroads of past and progress in matters of death, wealth, love and American journalism in this satire. When Cotton O’Connor reluctantly returns to his home in the South after having been away for several years, nothing is as it was. As all the members of the family gather, Cotton realizes how much his own perspective has changed and struggles to see how he belongs in an old South with old ways. From Indican Pictures.

“Sesame Street Monster Hits: Rock & Rhyme with Elmo” (2020) features two hours of rhyming fun in which classic nursery rhymes are paired with favorite Sesame Street clips. (For example, “Do You Know the Muffin Man” is paired with laugh-out-loud moments like Cookie Monster and Gonger whipping up cranberry muffins on their “foodie truck.”) From Sesame Workshop/Shout! Factory Kids.