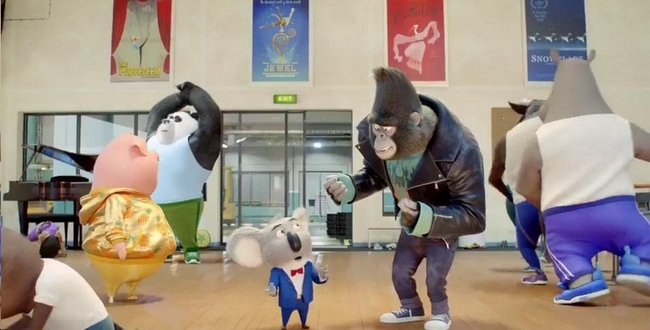 Producer David O. Selznick turned his attention to Hollywood with the 1937 original classic “A Star Is Born (1937)” (1937), directed by William A. Wellman. Its Academy Award-winning screenplay co-written by Dorothy Parker tells the story of hopeful, young would-be actress Esther Blodgett (Academy Award winner Janet Gaynor) whose career is launched by movie star Norman Maine (Academy Award winner Fredric March), who also wins the young actress’ heart. Esther becomes leading lady Vicki Lester and Mrs. Norman Maine, but as Maine’s career flounders, he sinks into an abyss of alcoholism. Esther chooses to sacrifice her stardom to care for her husband, but he will not allow Esther to abandon her dreams for him. Remade three times in years ahead, this original version has finally undergone a meticulous restoration and has been remastered from its original nitrate Technicolor camera negatives, especially for this Warner Archive Blu-ray debut. The result is a sterling presentation of a landmark in film history … The Cinerama classic “The Wonderful World of the Brothers Grimm” (1962)has been restored in 4K (3840 x 2160) master files from 6K files of original Cinerama Camera Negatives, with the most advanced technology available used by Cinerama Restorationists David Strohmaier and Tom H. March, to eliminate the “join lines” that plagued traditional release prints, and early video format releases. The Cinerama 7-channel sound has also been restored for a new 5.1 mix that brings a spectacular sonic experience to match the amazing Cinerama imagery. “The Wonderful World of the Brothers Grimm” Two-Disc Special Edition Blu-ray will include an 8-page booklet that is a partial replica of the original souvenir program sold in theaters during the film’s original theatrical roadshow engagements. The story behind the brothers who created beloved fairy tales come to life, with reenactments of three of their fairy tales stories. The film tells the story of the brothers’ long struggle for recognition and the sacrifices they and their families made to achieve their goals. Between dreamer Wilhelm (Laurence Harvey) and practical Jacob (Karl Boehm), some marvelous fairy tales develop. In “The Dancing Princess,” a princess (Yvette Mimieux) falls in love with a charming woodsman (Russ Tamblyn). In “The Cobbler and the Elves,” a Christmas miracle of dedicated labor helps the cobbler out when he most needs it. And in the last story, a fire-breathing dragon threatens the kingdom until a lowly servant (Buddy Hackett) saves the day. Shot on location in West Germany, the innovative production features Puppetoons, a technique developed by Oscar-winning special effects expert George Pal. Meticulously restored from its original Cinerama negatives, this fanciful delight is a treat for audiences of all ages … and this Deluxe Two Disc Edition gives the viewer the opportunity to watch the film either in a traditional letterbox format, or in the Smilebox format which attempts to re-create the immersive Cinerama experience with a simulated curve to the screen. Both versions bring together the three original Cinerama panels with virtually no trace of the lines that joined them together when originally projected in theaters back in 1962. In a Blu-ray debut from Warner Archive … More than just one of the greatest concert films ever made, “The Last Waltz” (1978) is an at once ecstatic and elegiac summation of a vital era in American rock music. Invited to document the farewell performance of the legendary group the Band at San Francisco’s Winterland Ballroom on Thanksgiving, 1976, Martin Scorsese conceived a new kind of music documentary. Enlisting seven camera operators (including renowned cinematographers Vilmos Zsigmond, László Kovács, and Michael Chapman) and art director Boris Leven to design the strikingly theatrical sets, Scorsese created a grandly immersive experience that brings viewers onstage and inside the music itself. That music — as performed by the Band and a host of other generation-defining artists, including Bob Dylan, Joni Mitchell, Van Morrison, the Staple Singers, Muddy Waters, and Neil Young — lives on as an almost religious expression of the transcendent possibilities of rock and roll. On Blu-ray, 4K UHD + Blu-Ray Combo, with new 4K digital restoration, supervised and approved by musician Robbie Robertson, with 5.1 surround DTS-HD Master Audio soundtrack, from The Criterion Collection. Read more here … Steeped in the bohemian cool of Chicago’s 1990s Black creative scene, “love jones” (1997) — the smart, sexy, and stylish debut feature of writer-director Theodore Witcher — is a love story for anyone who has ever wondered: How do I know when I’ve found the one? Larenz Tate and Nia Long have magnetism and chemistry to burn as the striving, artistically talented twentysomethings — he’s a poet, she’s a photographer — who spark over their love of literature and jazz, but whose mutual reluctance to commit to a relationship leaves them both navigating an emotional minefield of confusion, jealousy, and regrets. Velvety cinematography; an unforgettable, eclectic soundtrack; sophisticated dialogue; and refreshingly low-key, naturalistic performances by an ensemble cast that also includes Isaiah Washington, Lisa Nicole Carson, Bill Bellamy, Bernadette Speakes, and Leonard Roberts come together in an intoxicating, seductively moody romance that engages both the heart and the mind. In a Blu-ray debut, with new 4K digital restoration, supervised by director Theodore Witcher, with 5.1 surround DTS-HD Master Audio soundtrack. From The Criterion Collection. Read more here.

“Drive-In Retro Classics: Science Fiction Triple Feature” is a three-pack of classic sci-fi films from the 1950’s, now available as a box set for the first time ever. Rocketship X-M (1950): A crew of scientists blast into space on mankind’s first expedition to the moon. A sudden loss of power and freak accident sends their rocket hurtling out of control, and the crew suddenly finds themselves upon Mars. They decide to take advantage of the opportunity to make a landing and explore the red planet, only to discover evidence of a demolished civilization. Convinced there are no survivors, they let their guard down just enough to learn otherwise. The Hideous Sun Demon (1958): After being exposed to a near-fatal dose of radiation, atomic research scientist Gilbert McKenna is lucky to be alive. After recovering, he soon finds his body has a terrible reaction to the sun, transforming him into a reptilian creature when sunlight hits his skin, and then back into a human when out of the sun’s reach. Desperate to find a cure, his assistant enlists the help of a leading authority of radiation poisoning and its effects who claims the scientist can be cured. However, they gravely underestimate the psychological toll that the horrifying condition is taking on the scientist. The Brain From Planet Arous (1857): An alien life-form arrives on Earth and crash lands in the California desert and takes refuge on Mystery Mountain. Renowned nuclear scientist Steve March, who works nearby, notices a strange proliferation of radiation coming from the mountain and decides to investigate. Little does he know the creature is a terrifying life-form from planet Arous determined to take over the Earth using subversive mind-control and has deliberately chosen Steve as its host. From Corinth Films … In “The Requin” (2022), starring Alicia Silverstone and James Tupper, there’s terror in paradise when Jaelyn (Silverstone) and Kyle (Tupper) arrive at a remote seaside villa in Vietnam for a romantic getaway. A torrential storm descends, reducing the villa to little more than a raft and sweeping the young couple out to sea. Suddenly, another danger appears: a school of great white sharks. With her injured husband watching helplessly, Jaelyn must battle the deadly predators alone. ON DVD, Blu-ray, from Lionsgate. Read more here … “Pursuit” (2021), starring Emile Hirsch, John Cusack, Jake Manley and Elizabeth Ludlow, is an action-thriller about a tough cop’s hunt for an even tougher criminal. Calloway (Hirsch), a ruthless hacker, is desperate to find his wife — who’s been kidnapped by a drug cartel — when he crosses paths with Detective Breslin. But after he escapes police custody, Breslin joins forces with a no-nonsense female cop to reclaim his prisoner. On DVD, Blu-ray, from Lionsgate.

“Jump, Darling” (2020), starring Thomas Duplessie, Cloris Leachman, Linda Kash, Jayne Eastwood, with cameos from well-known drag queens Tynomi Banks, Fay Slift and Miss Fiercalicious, is the story of aspiring actor Russell (newcomer Duplessie), aka drag persona Fishy Falters. After a disastrous non-debut at Toronto drag club Peckers, Russell leaves his status-conscious boyfriend and takes shelter with his grandmother Margaret (Leachman) in Canadian wine country. Margaret is a woman coming to terms with her own mortality while determined to hang on to her independence. While Russell struggles to establish himself at the local dive bar, Margaret fends off the best intentions of her daughter, Russell’s mom (Kash), who wants to keep her safe by sending her to a retirement home. As tempers wear thin and family secrets are revealed, Russell and Margaret fight to maintain their dignity while being true to themselves. From Breaking Glass Pictures. Read more here. While on a trip with her young son, Cecilia has a car accident in “On the 3rd Day” (2021 — Argentina), starring Mariana Anghileri, Arturo Bonín and Diego Cremonesi. Three days later, she finds herself wandering a lonely road with no sign of her child — and no memory of what happened since the crash. Cecilia’s desperate search for her son leads her on a wrenching and tumultuous journey to face off against a religious fanatic who holds the shocking key to it all. On Blu-ray from Scream Factory.

“Royalty Free: The Music of Kevin Macleod” (2020) is a documentary that tells the story of the internet legend whose music has become the soundtrack of the digital world. Composer Kevin MacLeod released thousands of his songs for free and unwittingly became one of the most heard composers in the world, with his work ending up in millions of videos, thousands of films, and more than a few odd places – such as theme parks and rocket launches. By releasing his music royalty free, anyone can use his music in their productions, from Martin Scorsese’s Hugo to cat videos on YouTube. From First Run Features. Read more here.

“Rick and Morty: Seasons 1-5” (2013-21) is a boxed set that includes all 51 episodes of the critically acclaimed, half-hour animated hit comedy series on Adult Swim that follows a sociopathic genius scientist who drags his inherently timid grandson on insanely dangerous adventures across the universe. Rick Sanchez is living with his daughter Beth’s family and constantly bringing her, his son-in-law Jerry, granddaughter Summer, and grandson Morty into intergalactic escapades. On 10 DVDs, 5 Blu-rays, from Warner.