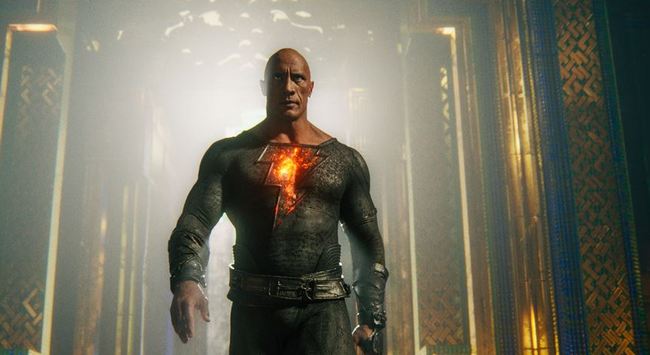 Pray for the Devil (2022) Sister Ann (Jacqueline Byers) believes she is answering a calling to be the first female exorcist … but who, or what, called her? In response to a global rise in demonic possessions, Ann seeks out a place at an exorcism school reopened by the Catholic Church. Until now these schools have only trained priests in the Rite of Exorcism … but a professor (Colin Salmon) recognizes Sister Ann’s gifts and agrees to train her. Thrust onto the spiritual frontline with fellow student Father Dante (Christian Navarro), Sister Ann finds herself in a battle for the soul of a young girl, who Sister Ann believes is possessed by the same demon that tormented her own mother years ago. Determined to root out the evil, Ann soon realizes that evil has been expecting her. Vitals: Director: Daniel Stamm. Stars: Jacqueline Byers, Colin Salmon, Christian Navarro, Lisa Palfrey, Nicholas Ralph, Ben Cross, Virginia Madsen. 2022, CC, MPAA rating: PG-13, 93 min., Horror, North American box office gross: $17.029 million, worldwide $26.901 million, Lionsgate. Formats: DVD, Blu-ray/DVD Combo + Digital, 4K Ultra HD/Blu-ray Combo + Digital, VOD, Digital. Extras: Audio commentary with director Daniel Stamm and Actress Jacqueline Byers; “Possessed: Creating Prey for the Devil”: “A Lullaby of Terror”; “The Devil’s Tricks: Visual Effects.” Blu-ray adds “Prey for the Devil Cast-Read: The Original First-Draft Screenplay”; “Speak No Evil: A Real Exorcist and Church Psychologist Discuss Possession.” Read more here

The boundless imagination of Terry Gilliam yields a dazzling fantasy of epic proportions in “The Adventures of Baron Munchausen” (1988). Inspired by the extravagant exploits of the fabled Baron Munchausen, this spectacle — born of a famously turbulent production — follows the whimsical 18th-century nobleman (John Neville) as he embarks on an outlandish quest that takes him from faraway lands to the moon to the belly of a sea monster and beyond, meanwhile waging battle against a vengeful sultan and the tyranny of logic. Packed frame to frame with special effects, mischievous wit, and colorful performances—including a young Sarah Polley as the Baron’s no-nonsense sidekick—the Oscar-nominated “The Adventures of Baron Munchausen” is a lavish celebration of the triumph of make-believe over reality. New 4K digital restoration, approved by writer-director Terry Gilliam, with 5.1 surround DTS-HD Master Audio soundtrack. On Blu-ray, 4K UHD, from The Criterion Collection.

“Big Time Gambling Boss” (1968 — Japan) is set in Tokyo, 1934. Gang boss Arakawa is too ill and a successor must be named. The choice falls on Nakai, but being an outsider he refuses and suggests senior clansman Matsuda instead. But Matsuda is in jail and the elders won’t wait for his release, so they appoint the younger and more malleable Ishido to take the reins. Clan honor and loyalties are severely tested when Matsuda is released, resulting in an increasingly violent internal strife. An atmospheric tale of gangland intrigue written by Kazuo Kasahara (“Battles Without Honour and Humanity”) and starring Tomisaburo Wakayama, (“Lone Wolf and Cub,” “The Bounty Hunter Trilogy”) and genre legend Koji Tsuruta, “Big Time Gambling Boss” is one of the all-time classics of the yakuza genre. Paul Schrader called it the richest and most complex film of its type, while novelist Yukio Mishima hailed it as a masterpiece. High Definition digital transfer on Blu-ray for the first time. On Blu-ray from Radiance Films/MVD Entertainment … Directed by Academy Award-winner Fernando Trueba (“Belle Epoque”), “Memories of My Father” (2020 — Columbia) dramatizes the true life story of Héctor Abad Gómez (Javier Cámara), a renowned Colombian doctor and human rights activist in corrupt and chaotic 1970s Medellín, Colombia. A devoted father, Abad Gómez adored his children and fought against oppression and social inequality at great sacrifice to himself and his family. Colombia’s official submission for the 93rd Academy Awards, the film is a stylish and beautifully shot portrait of a man who dedicated his life to helping others. “Memories of My Father” is based on the international best-seller, “Oblivion: A Memoir”, written by Héctor Abad Faciolince, the son of Héctor Abad Gómez and one of Colombia’s most acclaimed contemporary authors. On DVD, Blu-ray, from Cohen Media Group.

“Star Trek: Prodigy: Season 1 Volume 1” (2022) is a two-disc set with all 10 episodes. The animated series follows a motley crew of young aliens who must figure out how to work together while navigating a greater galaxy, in search of a better future. These six young outcasts know nothing about the ship they have commandeered a first in the history of the Star Trek franchise but over the course of their adventures together, they will each be introduced to Starfleet and the ideals it represents. On DVD, Blu-ray, from Nickelodeon/Paramount.