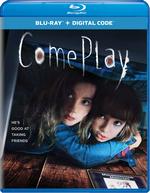 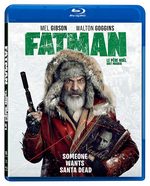 In 2001, writer-director Richard Kelly achieved cult status with “Donnie Darko,” an assured debut feature exploring deep existential questions through the lens of 80s nostalgia. Five years later, he followed up with a more ambitious and even more beguiling sophomore effort, “Southland Tales” (2006), in which forces of totalitarianism and anarchism collide 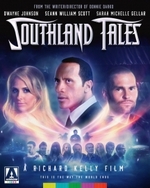 against the backdrop of a post-apocalyptic, near-future world — the beguiling and baffling “Southland Tales.” Los Angeles, 2008. As the city stands on the brink of social, economic and environmental chaos, the fates of an eclectic set of characters — including an amnesia-stricken action star (Dwayne Johnson), an adult film star developing her own reality TV project (Sarah Michelle Gellar) and a police officer whose identity has split in two (Seann William Scott) — intertwine with each other and with the whole of humanity. A darkly comic futuristic epic that speaks as presciently to our turbulent times as it did to the American socio-political climate in 2006, “Southland Tales” receives a fresh — and timely — lease of life with this new, director-approved restoration. New 2K restoration by Arrow Films, approved by Kelly and director of photography Steven Poster. Includes both versions of the film: the 145-minute theatrical cut and the 160-minute “Cannes cut,” which premiered at the Cannes Film Festival in 2006. On Blu-ray from Arrow Video/MVD Entertainment …

In one of his finest performances, Burt Lancaster stars as Ned Merrill, a man who confronts his destiny by swimming home, pool by pool, through the suburban nightmare of upper-class Conneticut society. Well-off ad man Merrill is visiting a friend when he notices the abundance of backyard pools that populate their upscale suburb. Ned suddenly decides that he’d like to travel the eight miles back to his own home by simply swimming across every pool in town. Soon, Ned’s journey becomes harrowing; at each house, he is somehow confronted with a reminder of his romantic, domestic and economic failures, until a final visit with an old flame (Janice Rule) leaves him devastated. Based on the acclaimed short story by John Cheever, and directed by Frank Perry (“Diary of a Mad Housewife,” “Mommie Dearest”). Co-stars Janet Landgard, Joan Rivers. In a Blu-ray/DVD Combo deluxe edition in a new digital restoration created from 4K scans, with original soundtrack CD album by Marvin Hamlisch, newly remastered in stunning 24 bit/192khz sound from the original master tapes. Includes “The Story of The Swimmer,” a new, five-part, 2-1/2 hour documentary by Oscar-winner Chris Innis featuring in-depth interviews with stars Janet Landgard, Joan Rivers and Marge Champion, composer Marvin Hamlisch, film editor Sidney Katz, assistant directors Michael Hertzberg and Ted Zachary, UCLA Olympic swim coach Bob Horn, and Joanna Lancaster; the original New Yorker short story read by author John Cheever; more. From Grindhouse Releasing … 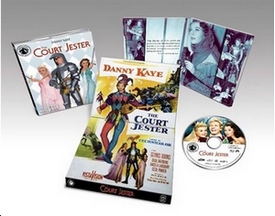 “The Court Jester” (1956) marks its 65th Anniversary with a Blu-ray debut this week. The outrageous comedy was originally shot in Paramount’s trademark “VistaVision” widescreen format, capturing a grander scope of information on the film negative. For this new restoration, the original negative was scanned at 6K and one of the “separation masters” was also scanned and recombined with the negative scans to address color fading in the negative. The result is an incredibly vibrant picture that faithfully captures the colors and textures of Edith Head’s sensational costumes and Hal Pariera’s sparkling art direction. Danny Kaye earned a Golden Globe nomination for Best Actor – Comedy or Musical for his leading role in this comic farce, which was added to the National Film Registry in 2004 and included on the AFI’s list of the 100 Funniest American Movies of All Time. The limited-edition Paramount Presents Blu-ray is presented in collectible packaging that includes a foldout image of the film’s theatrical poster, and an interior spread with key movie moments. Danny Kaye is the kind-hearted entertainer Hawkins who disguises himself as the legendary king of court jesters, Giacomo, to help a Robin-Hood-like The Fox unseat an evil ruler who has overthrown the rightful King. Hawkins infiltrates the usurper’s court, headed up by an evil 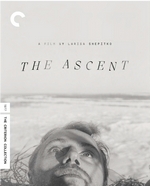 villain (Basil Rathbone), but when a sorceress hypnotizes him, royal chaos ensues. Alternating identities at the snap of a finger, between swordplay and wordplay, Kaye’s comic genius shines through. The stellar supporting cast includes Glynis Johns, Angela Lansbury, Mildred Natwick, Cecil Parker, and John Carradine. From Paramount Presents … The crowning triumph of a career cut tragically short, Larisa Shepitko’s final film, “The Ascent” (1977 — USSR), won the Golden Bear at the 1977 Berlin Film Festival and went on to be hailed as one of the finest works of late-Soviet cinema. In the darkest days of World War II, two partisans set out for supplies to sustain their beleaguered outfit, braving the blizzard-swept landscape of Nazi-occupied Belarus. When they fall into the hands of German forces and come face-to-face with death, each must choose between martyrdom and betrayal, in a spiritual ordeal that lifts the film’s earthy drama to the plane of religious allegory. With stark, visceral cinematography that pits blinding white snow against pitch-black despair, “The Ascent” finds poetry and transcendence in the harrowing trials of war. On DVD, Blu-ray, with new 4K digital restoration, with uncompressed monaural soundtrack on the Blu-ray. From The Criterion Collection.

“Doom Patrol: The Complete Second Season” (2020) features all nine episodes of DC’s strangest group of Super Heroes. They’re back again to save the world, but first each Super Hero must face the challenge of moving beyond trauma and failure to come together to save the world. On DVD, Blu-ray, from Warner … “Snowpiercer: The Complete First Season” (2020), features all 10 episodes of the series set more than seven years after the world has become a frozen wasteland and centering on the remnants of humanity who inhabit a perpetually moving train, with 1001 cars, that circles the globe. Class warfare, social injustice and the politics of survival play out in this riveting television adaptation based on the critically acclaimed graphic novel series and the film from Academy Award-winner Bong Joon Ho (“Parasite”). In a three-disc DVD, two-disc Blu-ray, from Warner … “You: The Complete Second Season” (2019)features all 10 episodes. Bookstore clerk Joe transplants his tongue-in-cheek attitude regarding modern dating, social media and obsessive love from New York to Los Angeles in Season Two of the surprise hit series. In a new city with a new identity and object of desire – the aptly named Love – Joe, now known as Will, attempts to turn over a new leaf in a city that admires the young, the beautiful and the rich. But Will soon discovers that Love’s life is even more complicated than his own … and the twists just keep on coming. From Warner Archive.

“Batman: Soul of the Dragon” (2021) is the latest in the popular series of animated feature-length DC Universe Movies. Set in the midst of the swinging 1970s, this Elseworlds adventure finds Bruce Wayne training under a master sensei. It is here that Bruce, along with other elite students, is forged in the fire of the martial arts discipline. The lifelong bonds they form will be put to the test when a deadly menace arises from their past. It will take the combined efforts of Batman, world-renowned martial artists Richard Dragon, Ben Turner and Lady Shiva, and their mentor O-Sensei to battle the monsters of this world and beyond! On Blu-ray, 4K Ultra HD/Blu-ray Combo, from Warner … 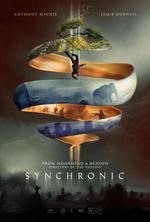 In “Synchronic” (2020), starring Anthony Mackie, Jamie Dornan, Katie Aselton and Ally Ioannides, when New Orleans paramedics and longtime best friends Steve (Mackie) and Dennis (Dornan) are called to a series of bizarre, gruesome accidents, they chalk it up to the mysterious new party drug found at the scene. But after Dennis’s oldest daughter suddenly disappears, Steve stumbles upon a terrifying truth about the supposed psychedelic that will challenge everything he knows about reality — and the flow of time itself. On DVD, Blu-ray, from Well Go USA … Over the course of seven years, three short films about the brutal dissolution of the American family – “Cutting Moments” (1997), “Home” (1998), and “Prologue” (2003) — elicited both horrified gasps and standing ovations at film festivals around the world. When combined into the theatrical feature “Family Portraits” (2003) this trilogy by writer-producer-director-editor Douglas Buck — whose directing credits would eventually include the “Sisters” remake and “The Accident” segment of “The Theatre Bizarre” (see below) -– was hailed as “nightmarish” (The New York Times), “like Todd Solondz on crack” (Digitally Obsessed) and “the most chilling portrait of the loss of humanity in the manicured lawns of Middle America ever made” (LA Weekly). All three scanned in 2k from the original negatives. On Blu-ray from Severin Films … When Covid-19 hit, Severin Films chief David Gregory and “House of Psychotic Women” author Kier-La Janisse decided to ask their industry friends which Top 5 films and segments would make the ultimate horror anthology. The result, “Tales of the Uncanny” (2020), became an international Zoom-enabled documentary featuring Eli Roth, Joe Dante, Greg Nicotero, Mark Hartley, Mick Garris, Ernest Dickerson, Joko Anwar, Ramsey Campbell, David DeCoteau, Kim Newman, Jovanka Vuckovic, Luigi Cozzi, Tom Savini, Jenn Wexler, Larry Fessenden, Richard Stanley, Brian Trenchard-Smith, Brian Yuzna, Gary Sherman, Rebekah McKendry and Roger Corman in a candid discussion of the best portmanteaus in film/TV history. As a Bonus, Severin has included the rarely-seen 1919 German compendium “Eerie Tales” and the thought-lost 1949 French/Belgian anthology “Histories ExtraordinairE/Unusual Tales.” On Blu-ray from Severin Films … 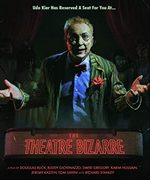 The concept was unprecedented: enlist seven of horror’s most transgressive filmmakers — Douglas Buck (“Family Portraits”), Buddy Giovinazzo (“Combat Shock”), David Gregory (“Plague Town”), Karim Hussain (“Subconscious Cruelty”), Jeremy Kasten (“The Attic Expeditions”), splatter FX legend Tom Savini and Richard Stanley (“Hardware”) — and give them total creative freedom to create their own short films inspired by the Grand Guignol. The result, “The Theatre Bizarre” (2011) — starring genre icons like Udo Kier, Catriona MacColl, Lynn Lowry and Debbie Rocho -– has been called “wildly unique” (Dread Central), “hilarious, grotesque and scary” (Bloody Disgusting) and “one of the best horror anthologies of all time” (Paste). On Blu-ray from Severin Films … In “Born a Champion” (2021), starring Sean Patrick Flanery, Katrina Bowden and Dennis Quaid, after a blood-soaked jujitsu match in Dubai, fighting legend Mickey Kelley (Flanery) falls to superstar Blaine. But years later, an online video proves that Blaine cheated, and the world demands a rematch. Can the aging underdog get back into shape in time to vanquish his foe, get revenge, and claim his prize? On DVD, Blu-ray, from Lionsgate.