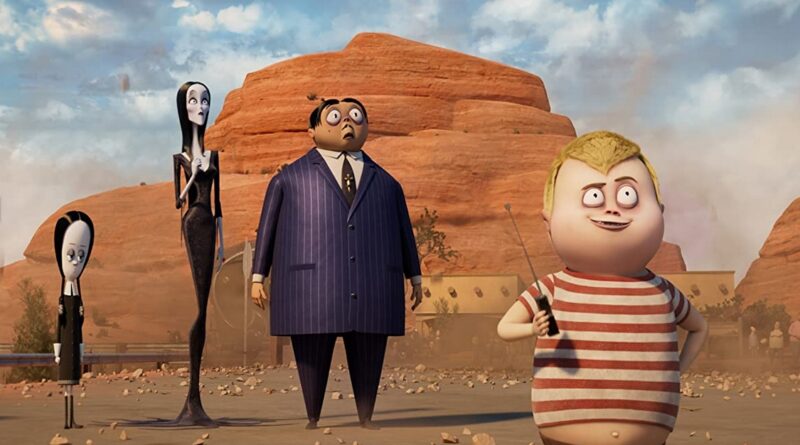 Directed by Yasuzo Masumura (“Giants and Toys”, “Blind Beast”), “Red Angel” (1966 — Japan) takes an unflinching look at the horror and futility of war through the eyes of a dedicated and selfless young military nurse. When Sakura Nishi is dispatched in 1939 to a ramshackle field hospital in Tientsin, the frontline of Japan’s war of with China, she and her colleagues find themselves fighting a losing battle tending to the war-wounded and emotionally shellshocked soldiers while assisting head surgeon Dr Okabe conduct an unending series of amputations. As the Chinese troops close in, she finds herself increasingly drawn to Okabe who, impotent to stall the mounting piles of cadavers, has retreated into his own private hell of morphine addiction. Adapted from the novel by Yorichika Arima, Masumura’s harrowing portrait of women and war is considered the finest of his collaborations with Ayako Wakao (“A Wife Confesses,” “Irezumi”) and features startling monochrome scope cinematography by Setsuo Kobayashi (“Fires on the Plain,” “An Actor’s Revenge”). On Blu-ray from Arrow Video/MVD Entertainment. Read more here … In a career spanning four decades and encompassing virtually every genre under the sun, Mario Bava inspired multiple generations of filmmakers, from Dario Argento to Martin Scorsese and Tim Burton. Best remembered for his gothic horror movies, for his final feature, “Shock” (1977 — Italy), he eschewed the grand guignol excesses of “Black Sabbath” or “Blood and Black Lace” for a more intimate portrait of mental breakdown in which true horror comes from within. Dora moves back into her old family home with her husband, Bruno, and Marco, her young son from her previous marriage. But domestic bliss proves elusive as numerous strange and disturbing occurrences transpire, while Dora is haunted by a series of nightmares and hallucinations, many of them involving her dead former husband. Is the house itself possessed? Or does Dora’s increasingly fragile grip on reality originate from somewhere far closer to home? Released in the United States as a sequel to Ovidio G. Assonitis’s “Beyond the Door,” “Shock” more than lives up to its name, proving that, even at this late stage in his career, Bava hadn’t lost his touch for terror. Now restored in high definition for the first time. On Blu-ray from Arrow Video/MVD Entertainment. Read more here … What does the weight of time’s passage feel like for a family caught in the jaws of a brutal carceral system? Both a breathtaking cinematic love story and a bruising indictment of American injustice, “Time” (2020), the Academy Award–nominated feature documentary debut of Garrett Bradley, traces the decades-long quest of Sibil Fox Richardson, an indefatigable mother of six and a fiercely outspoken prison abolitionist, to free her husband from the Louisiana State Penitentiary, where he is serving a 60-year sentence for robbery. Gracefully interweaving 20 years’ worth of Richardson’s own intimate home movies with luminously expressive monochrome footage of her present-day joys and struggles, Bradley crafts in “Time” a transcendentally poetic, soul-shaking look at the devastating toll of mass incarceration and one family’s extraordinary efforts to stay whole. On DVD, Blu-ray, with new 4K digital master, with 5.1 surround DTS-HD Master Audio soundtrack on the Blu-ray, from The Criterion Collection … At a charity gambling benefit aboard the S.S. Fortune, the tables are hot, the jazz is hotter and before you know it, a bandleader’s body is growing cold in “Song of the Thin Man” (1947). William Powell and Myrna Loy return for the sixth and final time as the married sleuths Nick and Nora Charles, rousting suspects out of bed for 4 a.m. interrogations while trying to fathom the bebop argot of ‘40s jazz jive. Speaking of their renowned screen chemistry, Loy once said, “It wasn’t a conscious thing. If you heard us talking in a room, you’d hear the same thing. He’d tease me, and there was a sort of blending which seemed to please people.” Decades later, people are still pleased. In a Blu-ray debut from Warner Archive … The fifties British rock ‘n’ roll classic “Expresso Bongo” (1959), starring Laurence Harvey, Sylvia Sims, Yolande Donlan and Cliff Richard, is a fast-paced story about a cheap, opportunistic Soho talent agent (Harvey) who always looks for the quick buck. He’s glib and he’s flashy, a bluffer with a ready talent for the quick double-cross. When he picks up amateur singer and bongo player (Richard) in a Soho espresso bar, he uses a little bit of luck and tons of chutzpah to transform the kid into a highly-regarded international singing sensation. This 2K restoration from the original negative was done in collaboration with the British Film Institute and its Unlocking Film Heritage program. This is the full and original 1959 theatrical version, which includes a number of songs that were cut out of the later and more commonly available 1962 version that was released at the time to capitalize on the popularity of Cliff Richard. On Blu-ray from Cohen Film Collection.

In “The Jack in the Box: Awakening” (2021), starring Matt McClure, James Swanton, Mollie Hindle and Nicola Wright, terminally ill heiress Olga Marsdale acquires a mysterious gothic box containing a captured demon – Jack. The powerful entity within makes a deadly deal with Olga and her devoted son Edgar – deliver six victims to Jack, and Olga will live. They trap several unsuspecting victims for him within the vast crumbling mansion – but can they deliver all six before it’s too late? Or will Amy, the young and innocent woman recently hired to look after the estate turn out to be more than a match for both the family and the Jack? From ShineHouse … In “The Dry” (2021), starring Eric Bana, Genevieve O’Reilly, Keir O’Donnell and John Polson, Federal Agent Aaron Falk returns to his home town after an absence of over 20 years to attend the funeral of his childhood friend, Luke, who allegedly killed his wife and child before taking his own life — a victim of the madness that has ravaged this community after more than a decade of drought. When Falk reluctantly agrees to stay and investigate the crime, he opens up an old wound — the death of 17-year-old Ellie Deacon. Falk begins to suspect these two crimes, separated by decades, are connected. As he struggles to prove not only Luke’s innocence but also his own, Falk finds himself pitted against the prejudice towards him and pent up rage of a terrified community. Based on the book by Jane Harper. On DVD, Blu-ray, from RLJE Films … In “An Unquiet Grave” (2021), starring Christine Nyland, Terence Krey and Jacob A. Ware, one year after losing his wife in a car crash, Jamie (Ware) convinces her sister, Ava (Nyland), to return with him to the site of the accident and help him perform a strange ritual. But as the night wears on, it becomes clear that he has darker intentions. From Shudder/RLJE Films.

“Escape From Mogadishu” (2021 — South Korea) is dramatically based on actual events: When civil war explodes in 1991 between rebel factions and Somali government forces under dictator Mohamed Siad Barre, rival North and South Korean diplomats are trapped in the capital city, surrounded on all sides by what would emerge as some of the deadliest fighting of the conflict. With no aid from either Korean government — and no means of communicating with the outside world — the diplomats only shot at survival may require uniting with bitter adversaries to escape. On DVD, Blu-ray, from Well Go USA. Read more here … “Nocturna: Side A – The Great Old Man’s Night/Nocturna: Side B – Where Elephants Go to Die” (2021 — Argentina): “Nocturna: Side A” follows a nearly 100-year-old man who, on his final night on earth, fights for redemption from his life’s misdeeds. Faced with imminent death, he is forced to rethink his past, his present and his take on reality. “Nocturna: Side B” is an aesthetically opposite experimental twist of the same story: a woman narrates the 100-year-old man’s final night. From Breaking Glass Pictures. Read more here … In “The Awakener” (2021 — Brazil). Miguel is a federal agent of the “D.A.E.” (“Special Armed Division”), highly trained and an expert with weapons. After experiencing a trauma, he leaves for a personal journey of vengeance, and assumes the identity of a masked vigilante. The “Awakener” decides to do justice with his own hands, exterminating politicians and businessmen of corrupt construction firms. Now, his biggest goal is to fight a gang of politicians and criminals who took the lead in Brazilian politics and began to govern the country thinking only of their own interests. On DVD, Blu-ray,from Universal … “Wheel of Fortune and Fantasy” (2021 — Japan), centers on an unexpected love triangle, a failed seduction, and a chance encounter with the past. Propelled by coincidence and imagination, and guided by love’s gentle current, acclaimed director Ryusuke Hamaguchi — director of “Drive My Car,” Japan’s Oscar entry for Best International Film at this year’s Academy Awards — returns with an enchanting triptych that spins mundane encounters into a world of infinite possibilities. Playfully inspired by life’s tiny miracles, and bound together by memory, regret, deception and fate, Hamaguchi leaves no stone unturned in his quest to chart the ever-deepening mysteries of the all-too-human heart. The film premiered at the 2021 Berlin Film Festival where it was awarded the Silver Bear jury prize. On DVD, Blu-ray, from Film Movement.

In “The Last Tycoons: The Producers Who Made the Classics of French Cinema Possible”
(2019 — France): French film producers such as Pierre Braunberger, Anatole Dauman, Robert Dorfmann, Mag Bodard, Alain Poiré, Pierre Cottrell, Jacques Perrin, and many others worked tirelessly, behind public view and with great personal financial risks, to produce some of the most internationally acclaimed and famous films of the post-war era. Without their boldness, intuition, and savvy, such iconic cinema classics as “Breathless,” “The Umbrellas of Cherbourg,” and “Belle de Jour” might never exist. Self-taught and passionate, these men and women financed films when there was little public or private support available, gambling everything they had in the process while bucking established commercial considerations and conventions. Directed by Florence Strauss, this eight-part documentary series highlights these men and women, who from 1945 to 1980, produced the landmark films that have had a profound influence on the history of cinema and continue to inspire filmmakers and audiences for generations to come. From Icarus Films … “A Walk In Her Shoes” (2021): In a quest to overcome one of the biggest obstacles of her life, personal trainer and author Metra Lundy simulates a walk to freedom by re-tracing the steps of the great American heroine, Harriet Tubman, from Maryland to Canada. In doing so, Metra discovers who she really is, answering a call to live life on purpose. Released in time to commemorate the bicentennial celebration of Tubman’s birth, the film documents the 695 mile route that Tubman took in the 1880s, as the filmmakers traverse their own emotional journeys and Lundy covers 245 miles on foot, as Tubman did numerous times, freeing herself and countless others from enslavement. Along the way, the filmmakers interview Underground Railroad historians, social workers, and community leaders, bringing the scope of Harriet Tubman’s epic journeys into a poignant and unprecedented present-day context. From IndiPix … The documentary “Marionette Land” (2021) takes you behind the curtain of the Lancaster Marionette Theatre and its eccentric owner Robert Brock, who lives above the tiny theatre with his 85-year-old mother, Mary Lou. Brock has created his own world where he is in total control. He adapts and performs classic family shows like “Peter Pan” and “Thr Wizard of Oz” but at the age of 62 he decides to bring back his grown-up cabaret show, “Divas and Dames.” The grown-up show features Brock dressing up and performing as Judy Garland, Liza Minnelli, Carol Channing, and other famous Hollywood stars of the past alongside a few marionettes. The film chronicles Brock’s unique relationship with his mother and the revival of his grown-up show while trying to prepare for the puppet theatre’s big 30th anniversary. But unforeseen circumstances threaten the charismatic puppeteer’s plans. From MVD Visual. Read more here