In “Shanghai Triad” (1995 — China), starring Wang Xiaoxiao, Gong Li and Li Baotian, naive teenager Shuisheng, hired to be a servant to pampered nightclub singer and mob moll Xiao Jinbao, is thrust into the glamorous and deadly demimonde of Shanghai’s crime syndicates in the 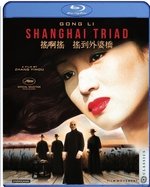 1930s. Over the course of seven days, Shuisheng observes mounting tensions as triad boss Tang begins to suspect traitors amongst his ranks and rivals for Xiao Jinbao’s affections. Director Zhang Yimou’s inventive take on the gangster film is assured and attention-grabbing. New digital restoration and first time on Blu-ray. From Film Movement Classics … When a young woman spends the night with an alleged terrorist, her quiet, ordered life falls into ruins. “The Lost Honor of Katharina Blum” (1975 — Germany) portrays an anxious era in West Germany amid a crumbling postwar political consensus. Katharina, though apparently innocent, suddenly becomes a suspect, falling prey to a vicious smear campaign by the police and a ruthless tabloid journalist that tests the limits of 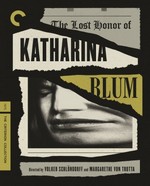 her dignity and her sanity. Crafting one of the most accessible and direct works of 1970s political filmmaking, Volker Schlöndorff and Margarethe von Trotta deliver a powerful adaptation of Heinrich Böll’s novel, a stinging commentary on state power, individual freedom, and media manipulation that is as relevant today as when it was released. On Blu-ray, with new 4K digital restoration, approved by director Volker Schlöndorff and producer Eberhard Junkersdorf, with uncompressed monaural soundtrack. From The Criterion Collection.

“Dispatches From Elsewhere” (2020) is a three-disc set with all 10 episodes of the AMC series centered around four ordinary people who feel there’s something missing in their lives, but they can’t quite put their finger on what it is. This diverse foursome is brought together by chance – or perhaps it’s by design – when they stumble onto a puzzle hiding just behind the veil of everyday life. As they begin to accept the mysterious “Dispatches from Elsewhere” 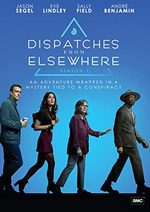 challenges, they come to find that the mystery winds deeper than they imagined, and their eyes are opened to a world of possibility and magic. Features Sally Field, Richard E. Grant, André Benjamin, and newcomer Eve Lindley. On DVD, Blu-ray, from AMC … “The Good Doctor Season 3” (2019-20) is a five-disc set with all 20 episodes. Dr. Shaun Murphy (Freddie Highmore), a young surgeon with autism and savant syndrome, continues to use his extraordinary medical gifts at St. Bonaventure Hospital’s surgical unit. As his friendships deepen, Shaun works harder than he ever has before as he starts dating while navigating his environment and relationships to prove to his colleagues that his talents as a surgeon will save lives. From Sony … “His Dark Materials: The Complete First Season” (2019) is a two-disc set with all eight episodes of the HBO series that takes place in a world parallel to our own, where a human’s soul exists outside one’s body in the form of a talking animal called a “daemon.” The all-powerful Magisterium rule over this world where they suppress any knowledge that attempts to challenge its ideas, particularly around the theory that multiple worlds exist. Season One follows Lyra (Dafne Keen), a young orphan who was left as a baby at Oxford’s Jordan College by her uncle Lord Asriel (James McAvoy) and desires a life of adventure beyond the confines of her bookish, scholarly surroundings. But when Lyra’s best 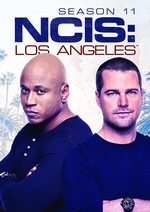 friend goes missing, her search for her kidnapped friend uncovers a plot involving stolen children and transforms into a quest to understand a mysterious phenomenon known as Dust. Over the course of the season, as she journeys through the different worlds – including our own – Lyra encounters extraordinary beings and dangerous secrets, with the fate of both the living and the dead at stake. Adapted from Philip Pullman’s epic trilogy of the same name, which has sold over 22 million copies worldwide. On DVD, Blu-ray, from Warner … “NCIS: Los Angeles: The Eleventh Season” (2019-20) is a five-disc set with all 22 episodes. Following the Season 10 finale, Special Agent “G” Callen (Chris O’Donnell) and Special Agent Sam Hanna (LL Cool J) find themselves aboard the USS Allegiance working alongside Navy Captain Harmon “Harm” Rabb, Jr. to capture dangerous spies on the ship. Meanwhile, Deeks and Kensi Blye are trapped in a mobile CIA unit in Iraq under ambush by an ISIS platoon and Hetty Lange has recruited Lieutenant Colonel Sarah “Mac” Mackenzie to help neutralize a missile strike in the Middle East. From CBS/Paramount …

“NCIS: New Orleans: The Sixth Season” (2019-20) is a five-disc set with all 20 episodes. The series centers on the local field office that investigates criminal cases involving military personnel in The Big Easy, a city known for its music, entertainment and decadence Leading the team is Special Agent Dwayne Pride (Scott Bakula) a.k.a. “King,” a native of New Orleans who is driven by his need to do what is right. In the latest season, it’s business as usual for Agent Pride and his team at the Naval Criminal Investigative Service, including kidnappers, cults, traffickers and murderers. But, with the tragic loss of one of their own, the situation has become personal and these agents suddenly find themselves driven by more than duty. Will Pride stay loyal to the law or will vengeance push him over the edge? From CBS/Paramount.

“Ride Your Wave” (2019 — Japan) is the latest film by anime auteur Masaaki Yuasa, director of “The Night Is Short, Walk on Girl.” Hinako is a surf-loving college student who has just moved to a small seaside town. When a fire breaks out at her apartment building, she is rescued by Minato, a handsome firefighter, and the two soon fall in love. Just as they become 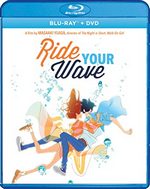 inseparable, Minato loses his life in an accident at sea. Hinako is so distraught that she can no longer even look at the ocean, but one day she sings a song that reminds her of their time together, and Minato appears in the water. From then on, she can summon him in any watery surface as soon as she sings their song. But can the two really remain together forever? Features an all-star Japanese voice cast made up of J-Pop royalty including Ryôta Katayose (Generations From Exile Tribe) and Rina Kawaei (AKB48). The home entertainment release also includes an all new English language version of the film. On DVD, Blu-ray/DVD Combo, from GKIDS/Shout! Factory … After Rini’s mother dies from a mysterious illness, her ghost begins to appear throughout the house in “Satan’s Slaves” (2017 — Indonesia), starring Tara Basro, Bront Palarae, Dimas Aditya, Endy Arfian and Nasar Anuz. Terrorizing the family, she lurks in the hallways and calls out to them at night. To protect her little brothers, Rini traces back the roots of the evil and discovers the horrifying truth: Their mother has made a deal with the devil, and she has not returned to visit … she wants to take one of them with her. On DVD, Blu-ray, from RLJE Films … “Invasion Earth” (2016), starring Charlotte 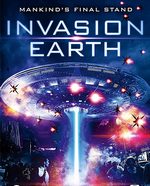 Gould, Phoebe Delikoura, Tony Fadil, Jon-Paul Gates, Nigel Thijs and David Shaw, is a UK science-fiction thriller about a group of addicts who attend therapy to avoid being sent to prison, while a TV journalist goes undercover and joins the group to try and expose this as a scam. However, all of their lives are thrown into chaos by the beginning of an alien invasion. From Midnight Releasing … In “Limbo” (2019), starring James Purefoy, Veronica Cartwright, Lew Temple and Scottie Thompson, a murderer finds himself on trial in Hell, caught between a bitter prosecutor and an inexperienced defense attorney. From Uncork’d Entertainment … On the surface, Hunter Conrad appears to have it all in “Swallow” (2019), starring Haley Bennett and Austin Stowell. A newly pregnant housewife, Hunter seems content to spend her time tending to an immaculate home and doting on her Ken-doll husband, Richie. However, as the pressure to meet her controlling in-laws and husband’s rigid expectations mounts, cracks begin to appear in her carefully created facade. Hunter develops a dangerous habit, and a dark secret from her past seeps out in the form of a disorder called pica – a condition that has her compulsively swallowing inedible, and oftentimes life-threatening, objects. On DVD, Blu-ray, from IFC Midnight/Scream Factory.

Positioned against the backdrop of a rapidly expanding Seoul in 1994, a lonely 14-year-old girl moves through life like a hummingbird searching for a taste of sweetness wherever she may find it in “House of Hummingbird” (2018 — South Korea), starring Ji-hu Park, Sae-byuk Kim, Seung-Yeon Lee and In-gi Jeong. Deprived of attention from her family, the girl roams the 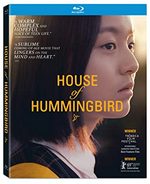 neighborhood with her best friend, attempts romantic relationships with both girls and boys alike and is sent to the hospital with an unclear diagnosis. When a new teacher arrives, she becomes the first adult the young girl feels really understands her. On Blu-ray, from Well Go USA … “The Resistance Fighter (a.k.a. Kurier)” (2019 — Poland), starring Philippe Tlokinski, Patricia Volny, Julie Engelbrecht, Bradley James and Zbigniew Zamachowski, tells the incredible true story of the Polish war hero Jan Nowak-Jezioranski, a man of extraordinary courage, who served as an emissary between the commanders of Poland’s resistance movement and the Polish government in exile in London at the height of the Second World War. Hunted by all the Axis Powers’ secret services, he is smuggled out of Poland on a mission to make his way to London with information that would decide the fate of the war. On DVD, Blu-ray, from Shout! Studios.