Beauty and the Beast

Disney reworked the classic animated “Beauty and the Beast” (1991) into a live action version and came up with an enchanting edition that — to date — has been one of the company’s highest grossing live-action fairy tales — with a domestic box office take of just north of $500 million. Though it’s fairly faithful to the animated version, and though it showcases the talents of Emma Watson (as Belle), Dan Stevens (as The Beast), Ewan McGregor, Luke Evans, Emma Thompson, Josh Gad, Gugu Mbatha-Raw, Stanley Tucci, Kevin Kline and Audra McDonald, the zest and edginess of the original is lacking here. Director Bill Condon, who broke into Hollywood with the off-kilter “Gods and Monsters” (1998) and “Kinsey” (2004), has lately taken a more domesticated route with “The Twilight Saga: Breaking Dawn Parts 1 and 2,” and here clamps down on the singing and dancing high-jinks. Alan Menken provides the score, which includes new recordings of the original songs written by Menken and Howard Ashman as well as three new songs written by Menken and Tim Rice. For a spectacular live-action “Beauty and the Beast,” however, look elsewhere: the 1946 version by Jean Cocteau and René Clément. The Blu-ray edition of the film is so loaded with extras that it takes hours to get through them — and if you have kids, you can let them play with the bonus features while you wander into another room to watch “Get Out.”Vitals: Director: Bill Condon. Stars: Emma Watson, Ewan McGregor, Luke Evans, Dan Stevens, Emma Thompson, Josh Gad, Gugu Mbatha-Raw, Stanley Tucci, Kevin Kline, Audra McDonald.
2017, CC, MPAA rating: PG, 123 min., Fantasy Musical, Box office gross: $488.075 million, Disney.
Extras: “Beauty and the Beast” music video with Ariana Grande and John Legend.
Blu-ray adds:
Enchanted Table Read: Join the cast for the movie’s elaborately staged table read, complete with singing and dancing to live music, set pieces and more.
A Beauty of a Tale: Explore the process of transforming a beloved animated film into a new live-action classic.
The Women Behind “Beauty and the Beast”: Emma Watson introduces several of the talented women in all aspects of production who helped bring this enchanted tale to life.
Making a Moment with Celine Dion: Celine Dion shares what it’s like to sing “How Does a Moment Last Forever” – and be a part of the legacy of “Beauty and the Beast.”
From Song to Screen: Making the Musical Sequences” See what goes into making some of the best-known moments from “Beauty and the Beast”:
“Belle” — Filmmakers and cast reveal how it felt to shoot this memorable scene.
“Be Our Guest” — Discover all that went into creating this epic, primarily virtual performance.
“Gaston” — Join the cast for rehearsals and filming of this rousing, high-energy number.
“Beauty and the Beast” — You’re invited on set for the filming of this beloved, classic scene.
Deleted Scenes:
Introduction by Director Bill Condon — Director Bill Condon presents a collection of scenes that, for one reason or another, ended up on the cutting-room floor.
Gaston Courts Belle — Pleased with himself after settling a disturbance with the townspeople, a triumphant Gaston attempts to woo Belle.
Bread and Jam for Agathe — On her morning market rounds, Belle stops by to see Agathe, the village beggar woman.
Storming the Ice Gates — The angry mob of villagers, led by Gaston, overwhelms the castle’s defenses.
Lumière Torches LeFou — As the fight rages around them, LeFou scuffles with Plumette … until he experiences a sudden, extremely heated interruption.
Monsieur Toilette — LeFou escapes from the brawl into a small room, where he’s startled by a castle resident.
Cogsworth Rescues Lumière — When Clothilde the fishmonger threatens Lumière, Cogsworth leaps into the fray.
Treacle the Lasses — Three village lasses chase Chip and Froufrou – Madame Garderobe’s dog-turned-footstool – into the kitchen, where a surprise awaits.
LeFou and Monsieur Toilette Reunite — After the spell is broken and the castle residents are returned to human form, LeFou and his new acquaintance meet again.
Extended Song: “Days in the Sun” – Learn more about Beast’s childhood in an alternate version of this beautiful song, introduced by director Bill Condon.
“Beauty and the Beast” Music Video: Award-winning artists Ariana Grande and John Legend perform a moving version of this iconic song.
Making the Music Video: Go on set to capture the magic as it happens in Ariana Grande and John Legend’s “Beauty and the Beast” music video.
Disney Song Selection: Jump directly to all your favorite songs and sing along with the movie. (Disney).

A Cure for Wellness

An ambitious young executive is sent to retrieve his company’s CEO from an idyllic but mysterious “wellness center” at a remote location in the Swiss Alps. He soon suspects that 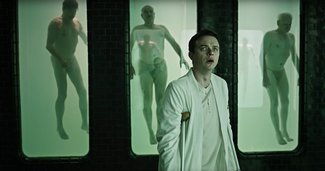 the spa’s miraculous treatments are not what they seem. When he begins to unravel its terrifying secrets, his sanity is tested, as he finds himself diagnosed with the same curious illness that keeps all the guests there longing for the cure.
Vitals: Director: Gore Verbinski. Stars: Dane DeHaan, Jason Isaacs, Mia Goth, Ivo Nandi, Adrian Schiller.
2017 — Germany/USA, CC, MPAA rating: R, 146 min., Thriller, Box office gross: $8.103 million, Fox.
Extras: Deleted sequence: “It’s Wonderful Here”; Meditations (Water is the Cure, Air is the Cure, Earth is the Cure); “The Score”; theatrical trailer; red band trailer; international trailer.

Sequel to the 2014 surprise hit. Legendary hitman John Wick (Keanu Reeves) is forced back out of retirement by a former associate plotting to seize control of a shadowy 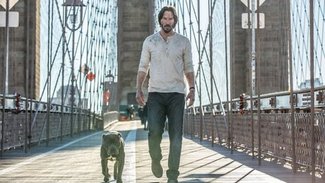 In this follow-up to the highly successful big-screen “The LEGO Movie,” the self-described leading man of that ensemble — LEGO Batman — stars in his own big-screen adventure. There are big changes brewing in Gotham City, and if Batman wants to save the city from The Joker’s hostile takeover, he may have to drop the lone vigilante thing, try to work with others and maybe, just maybe, learn to lighten up.
Vitals: Director: Chris McKay. Stars: voices of Will Arnett, Zach Galifianakis, Michael Cera, Rosario Dawson, Ralph Fiennes, Jenny Slate, Héctor Elizondo, Mariah Carey, Eddie Izzard, Seth Green, Billy Dee Williams, Conan O’Brien, Channing Tatum, Jonah Hill.
2017, CC, MPAA rating: PG, 104 min., Animated Family Adventure, Box office gross: $173.345 million, Warner.
Extras: Original animation shorts: “Dark Hoser, “Batman Is Just Not That Into You,” “Cooking With Alfred” and “Movie Sound Effects: How Do They Do That?”; “The Master: A LEGO Ninjago Short”; deleted scenes; six featurettes: “One Brick at a Time: Making the LEGO Batman Movie,” “Inside Wayne Manor,” “Brick by Brick: Making of the LEGO Batman,” “Behind the Brick,” “Me and My Mini Fig” and “Comic Con Panel”; Rebrick Contest Winners; trailers; “Lego Life” trailer; five social promos; director and cast commentary.

The six-member crew of the International Space Station is on the cutting edge of one of the most important discoveries in human history: the first evidence of extraterrestrial 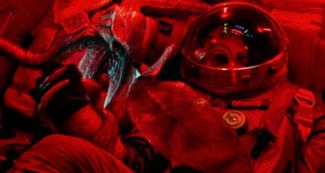 Saban’s “Power Rangers” follows five ordinary teens who must become something extraordinary when they learn that their small town of Angel Grove — and the world — is on the verge of being obliterated by an alien threat. Chosen by destiny, they stumble upon an old alien ship, where they acquire superpowers and must harness their abilities in order to save the world. But to do so, they will have to overcome their real-life issues and before it’s too late, band together as the Power Rangers.
Vitals: Director: Dean Israelite. Stars: Elizabeth Banks, Bryan Cranston, Sarah Grey, Naomi Scott, David Denman, Dacre Montgomery, RJ Cyler, Ludi Lin, Becky G.
2017, CC, MPAA rating: PG-13, 124 min., Action, Box office gross: $84.250 million, Lionsgate.
Extras: Audio commentary with director Dean Israelite and writer John Gatins, deleted/alternate/extended scenes, outtakes. Blu-ray adds nine-part “The Power of the Present” documentary (“Rangers Then to Now,” “Building the Team,” “Beyond the Rangers,” “Suiting Up,” “Rangers, Welcome to Training,” “Rangers in the Wild,” “It’s Morphin Time,” “Power Ballad: Music and Sound” and “This is Your Destiny”), theatrical trailer.

Ex-maid of honor Eloise (Anna Kendrick) — having been relieved of her duties after being unceremoniously dumped by the best man via text message — decides to hold her head up high and attend her oldest friend’s wedding anyway. She finds herself seated at the “random” table in the back of the ballroom with a disparate group of strangers, most of whom should have known to just send regrets (but not before sending something nice off the registry). As everyone’s secrets are revealed, Eloise learns a thing or two from the denizens of Table 19. Friendships — and even a little romance — can happen under the most unlikely circumstances.
Vitals: Director: Jeffrey Blitz. Stars: Anna Kendrick, Amanda Crew, Wyatt Russell, Lisa Kudrow, Maria Thayer, Stephen Merchant.
2017, CC, MPAA rating: PG-13, 87 min., Comedy, Box office gross: $3.606 million, Fox.
Extras: Deleted scenes; three featurettes: “Table of Rejects,” “Head of the Table” and “Table for Six”; gallery.

Twenty years have gone by since the original “Trainspotting.” Much has changed but just as much remains the same. Mark Renton (Ewan McGregor) returns to the only place he can ever