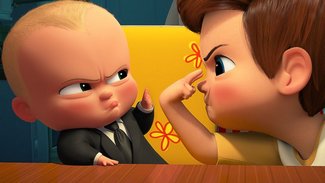 makes it clear to everyone that he’s in charge. But when Tim discovers that Boss Baby is on a secret mission, he reluctantly agrees to team up with his pint sized sibling for an epic adventure that might just change the world.
Vitals: Director: Tom McGrath. Stars: Voices of Alec Baldwin, Steve Buscemi, Jimmy Kimmel, Lisa Kudrow, Tobey Maguire, Miles Bakshi.
2017, CC, MPAA rating: PG, 97 min., Family Animated, Box office gross: $172.169 million, Fox.
Extras: New mini adventure: “The Boss Baby and Tim’s Treasure Hunt Through Time,” “The Forever Puppy Infomercial,” “BabyCorp and You” featurette, “Babies vs. Puppies: Who Do YOU Love?” featurette, “The Boss Baby’s Undercover Team,” “Cookies Are for Closers: Inside BabyCorp” behind the scenes with director Tom McGrath, “The Great Sibling Competition.”

The Fate of the Furious

Now that Dom and Letty are on their honeymoon and Brian and Mia have retired from the game — and the rest of the crew has been exonerated — the globetrotting team has found a semblance of a normal life. But when a mysterious woman known as Cipher (Charlize Theron) lures Dom back into the world of crime he can’t seem to escape. Now in the services of the 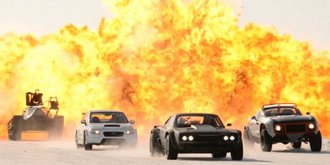 world’s greatest cyber criminal, Dom is pitted against his old crew and his friend, DSS Agent Hobbs. When they cannot stop him, they’re forced to recruit one of their greatest enemies to take on Dom in a high octane, high stakes battle. From the shores of Cuba and the streets of New York City to the icy plains off the arctic Barents Sea, the elite force crisscrosses the globe to stop an anarchist from unleashing chaos on the world’s stage … and to bring home the man who made them a family.
Vitals: Director: F. Gary Gray. Stars: Dwayne Johnson, Charlize Theron, Vin Diesel, Jason Statham, Scott Eastwood, Jordana Brewster, Kurt Russell, Helen Mirren, Michelle Rodriguez, Elsa Pataky, Nathalie Emmanuel, Lucas Black, Kristofer Hivju, Tyrese Gibson, Ludacris.
2017, CC, MPAA rating: PG-13, 136 min., Action, Box office gross: $216.032 million, Universal.
Extras: “All About the Stunts,” extended fight scenes, feature commentary with director F. Gary Gray.Blu-ray adds “The Cuban Spirit”: As the first major studio motion picture to shoot in Cuba in decades, the country’s effusive spirit permeates the making of the film; “In the Family”; “Car Culture” puts viewers into the driver’s seat of the supercharged vehicles showcased in film. Director’s extended cut on Digital versions.

Ghost in the Shell

In the near future, Motoko Kusanagi (Scarlett Johansson) is the first of her kind: A human saved from a terrible crash, who is cyber-enhanced to be a perfect soldier devoted to stopping the world’s most dangerous criminals. When terrorism reaches a new level that
 includes the ability to hack into people’s minds and control them, Major is uniquely qualified to stop it. As she prepares to face a new enemy, she discovers that she has been lied to: her life was not saved, it was stolen. She will stop at nothing to recover her past, find out who did this to her and stop them before they do it to others. Based on the internationally acclaimed Japanese Manga, “The Ghost in the Shell.”
Vitals: Director: Rupert Sanders. Stars: Scarlett Johansson, Michael Pitt, Juliette Binoche, Takeshi Kitano, Michael Wincott, Pilou Asbaek, Rila Fukushima.
2017, CC, MPAA rating: PG-13, 107 min., Action, Box office gross: $40.563 million, Paramount.
Extras: “Hard-Wired Humanity: Making Ghost in the Shell,” “Section 9: Cyber Defenders,” “Man & Machine: The Ghost Philosophy.” 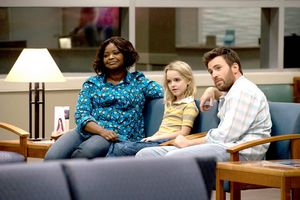 Not your daddy’s King Kong story. No boat ride to New York. No Empire State Building. But plenty of pesky, buzzing helicopters. This version follows a diverse team of scientists, soldiers and adventurers who unite to explore a mythical, uncharted island in the Pacific, as dangerous as it is beautiful. Cut off from everything they know, the team ventures into the domain of the mighty Kong, igniting the ultimate battle between man and nature. As their mission of discovery becomes one of survival, they must fight to escape a primal Eden in which humanity does not belong.
Vitals: Director: Jordan Vogt-Roberts. Stars: Tom Hiddleston, Samuel L. Jackson, John Goodman, Brie Larson, John C. Reilly, Corey Hawkins, John Ortiz.
2017, CC, MPAA rating: PG-13, 118 min., Action Adventure, Box office gross: $167.051 million, Warner.
Extras: Director’s commentary, “Creating a King: Realizing an Icon,” “Creating a King: Summoning a God,” “Monarch Files 2.0,” “Tom Hiddleston: The Intrepid Traveler,” “Through the Lens: Brie Larson’s Photography,” “On
Location: Vietnam,” deleted scenes.

The Lost City of Z

Tells the incredible true story of British explorer Percy Fawcett (Charlie Hunnam), who journeys into the Amazon at the dawn of the 20th century and discovers evidence of a previously unknown, advanced civilization. Supported by his devoted wife (Sienna Miller), 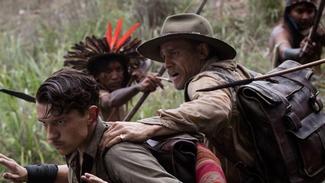 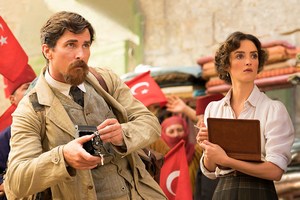 In this fully animated, all-new take on the Smurfs, a mysterious map sets Smurfette and her best friends Brainy, Clumsy and Hefty on a race through the Forbidden Forest filled 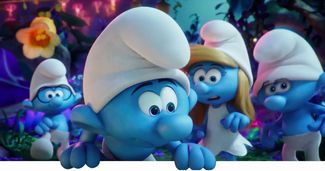 With England’s morale at stake in 1940 during The Blitz, Catrin (Arterton), an untried 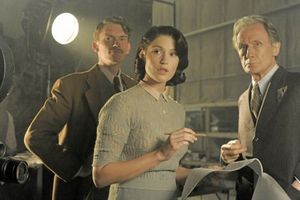 Tessa Connover (Katherine Heigl) is barely coping with the end of her marriage when her ex-husband, David (Geoff Stults), becomes happily engaged to Julia Banks (Rosario Dawson) — not only bringing Julia into the home they once shared but also into the life of their
 daughter, Lily. Trying to settle into her new life, Julia believes she has finally met the man of her dreams, the man who can help her put her own troubled past behind her. But Tessa’s jealousy soon takes a pathological turn until she will stop at nothing to turn Julia’s dream into her ultimate nightmare.
Vitals: Director: Denise Di Novi. Stars: Katherine Heigl, Rosario Dawson, Geoff Stults, Cheryl Ladd, Sarah Burns, Whitney Cummings, Simon Kassianides, Isabella Kai Rice, Robert Ray Wisdom.
2017, CC, MPAA rating: R, 100 min., Drama, Box office gross: $11.374 million, Warner.
Extras: Director’s commentary. Blu-ray adds “Reclaiming What’s Yours: Making Unforgettable” featurette, deleted scene.

The real-life story of one working wife and mother who became a hero to hundreds during World War II. In 1939 Poland, Antonina Zabinska (Jessica Chastain) and her husband, Dr. Jan Zabinski (Johan Heldenbergh), have the Warsaw Zoo flourishing under his stewardship and her care. When their country is invaded by the Nazis, Jan and Antonina are stunned – and forced to report to the Reich’s newly appointed chief zoologist, Lutz Heck (Daniel Brühl. To fight back on their own terms, Antonina and Jan covertly begin working with the Resistance – and put into action plans to save lives out of what has become the Warsaw Ghetto, with Antonina putting herself and even her children at great risk. Based on The New York Times best seller by Diane Ackerman.
Vitals: Director: Niki Caro. Stars: Jessica Chastain, Johan Heldenbergh, Michael McElhatton, Daniel Brühl, Iddo Goldberg, Efrat Dor.
2017, CC, MPAA rating: PG-13, 127 min., Drama, Box office gross: $16.839 million, Universal.
Extras: Deleted scenes, “The Making of The Zookeeper’s Wife,” “The Zabinski Family” A closer look at the selfless family at the center of “The Zookeeper’s Wife,” including interviews with Teresa Zabinska and Ryszard Zabinski, the real-life children of Antonina and Jan.