From Fear and Loathing in Las Vegas to The Hangover, casinos and gambling are a somewhat mystical location for Hollywood – a place where almost everything goes, and where people go to lose their life savings in shady deals. The truth, however, isn’t as grim or glamorous as it seems on the silver screen.

There’s a multitude of misconceptions and creative liberties that plague gambling-themed films. While some of them were conceived as ways to make plots more compelling, some of those misinterpretations are born from simple misunderstandings of the inner workings of a casino. Together with gambling experts from Exycasinos, let’s take a look at what most movies usually get wrong about gambling.

The Winner Takes All 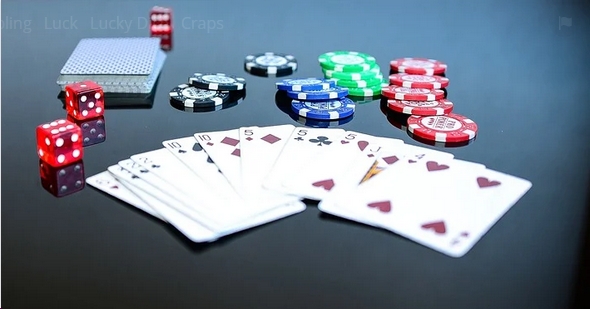 Every gambling flick has a moment when the protagonist – usually a smarter than average ordinary man – bets all to get an enormous load of cash. Most of the time, this happens without the casino staff making a fuss over someone draining them dry. Even worse is when this is achieved by doing something illegal, like counting cards in blackjack.

Card counting is a serious crime in the eyes of casino authorities. Not only can it get you thrown out of the place: it could also land you in some serious hot water with the law as well. Films like The Hangover are famous for showing a character counting cards without facing any consequences, all because the plot needed the guys to come out of their ruse unscathed.

What Are the Odds?

Another common occurrence in Hollywood gambling is the usual poker scene where almost every player has a killer hand. James Bond is a suave guy, sure, so there’s no surprise when he pulls a straight flush in 2006’s Casino Royale. However, things get tricky once you realize that the other players are holding two full houses and a flush.

For math lovers out there, the possibility of getting all of those hands in a single round of poker is almost 0 – you’d be more likely to get hit by lightning at the same time you’re being attacked by a shark. Challenging the odds and getting impressive hands in every round of poker is commonplace in the realm of Hollywood gambling, and while they might not be entirely credible, they sure do keep their stories interesting.

It seems like, in films, casinos are always some sort of fortress for the mafia and other shady characters to do business as they please. The truth, however, is that casinos are some of the most legally supervised establishments in the industry.

Now, some casinos do have a history with the mob, especially during the fifties and sixties. However, the mere nature of casinos and the legality of gambling mean that the authorities must keep a close eye on casinos and their business at all times. There are no “goons” to beat you up, or “coolers” to stop winning streaks either.

The truth, as boring as it might sound, is that casinos are entertainment establishments like any other. Perhaps the glamorous past of the industry has left a mark on the way Hollywood sees gambling, or it might be because of the unequivocally alluring action of placing bets.

Whatever the case, we can’t deny that these usual tropes sure add a bit of spice to gambling movies. Hollywood is an industry that specializes in one thing above all: adorning the truth. As long as these captivating tales of fortunes made overnight and shady mobsters running bets draw audiences in, you can be sure that good ol’ Tinseltown will keep making gambling films the way they usually do.