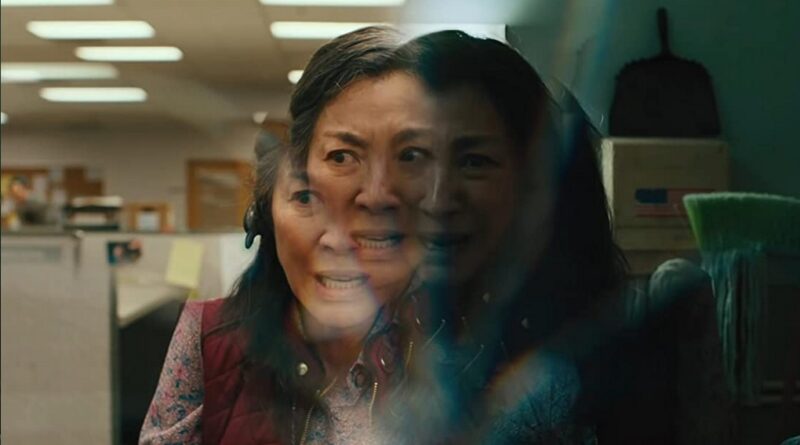 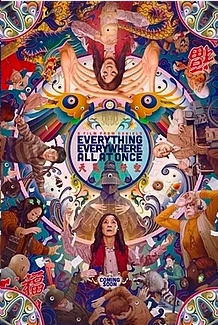 When an interdimensional rupture unravels reality, an unlikely hero (Michelle Yeoh) must channel her newfound powers to fight bizarre and bewildering dangers in this surprise cult hit from the team that brought you the weird  Swiss Army Man.

Lionsgate will release the film for streaming via all the reguar suspects on June 7 and on DVD, Blu-ray (+ Digital Code) and 4K UltraHD (+ digital code) on July 5. A special steelbook edition will be available on that day from Walmart.

Evelyn Wang (Michelle Yeoh), a flustered immigrant mother, is contacted from a parallel universe and told that only she can save the world. The unlikely hero must learn to channel her newfound powers and fight through the splintering timelines of the multiverse to save her home, her family, and herself in this big-hearted and irreverent adventure. With Stephanie Hsu, Ke Huy Quan, Jenny Slate, Harry Shum Jr., James Hong and Jamie Lee Curtis.

Rated R for some violence, sexual material and language 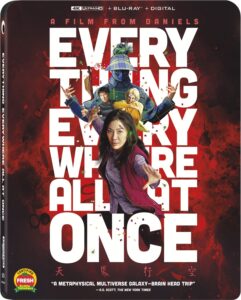