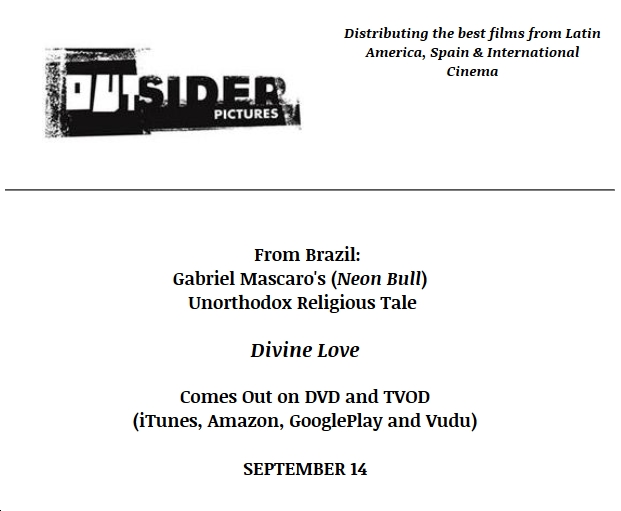 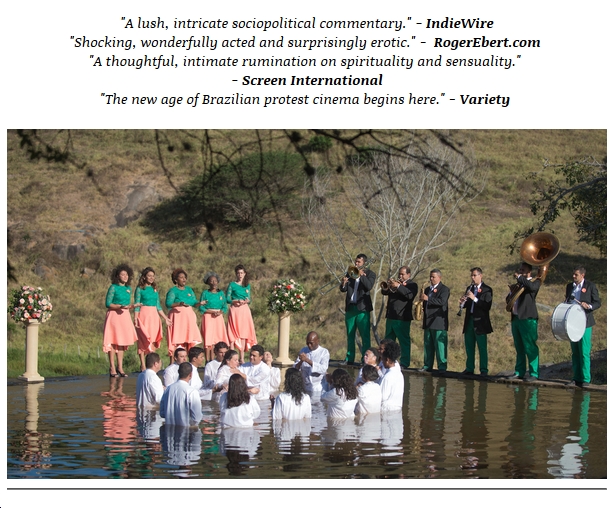 Brazilian director Gabriel Mascaro’s (Neon Bull) Divine Love (Divino Amor) world premiered at the Sundance Film Festival to critical acclaim and intense audience reactions. Recommended for adult-viewing only, the film is sure to surprise and provoke viewers. It begins streaming in North

It’s the year 2027 in this futurist story of Joana (Brazilian star Dira Paes), who uses her position in a notary’s office to convince divorcing couples to stay together. Her secret weapon is “Divine Love,” an evangelical cult she belongs to that mixes group therapy and a little swinging, into its more traditional prayers and bible study.

A crisis in her own marriage brings her closer to the God that is the cornerstone of her life. When Joana can’t get pregnant with her husband, she prays regularly at a drive-in church, asking for a sign that she will conceive and ends up receiving a greater sign than she was prepared for.