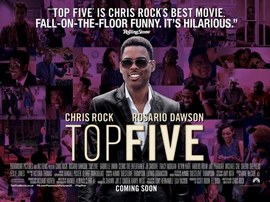 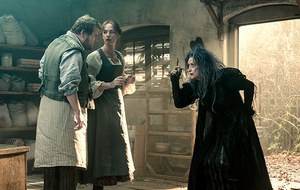 A modern twist on the beloved Brothers Grimm fairy tales in a musical format that follows the classic tales of Cinderella, Little Red Riding Hood, Jack and the Beanstalk and Rapunzel — all tied together by an original story involving a baker and his wife, their wish to begin a family and their interaction with the witch who has put a curse on them. Based on the 1987 Broadway musical with lyrics by Stephen Sondheim and book by James Lapine. Vitals: Director: Rob Marshall. Stars: Meryl Streep, Johnny Depp, Emily Blunt, James Corden, Anna Kendrick, Chris Pine, Lilla Crawford, Daniel Huttlestone, MacKenzie Mauzy. 2014, CC, MPAA rating: PG, 125 min., Musical, Box office gross: $125.891 million, Disney. Extras: “Deeper Into The Woods: Magic of the Woods” featurette. Blu-ray adds never-before-seen Sondheim original song: “She’ll Be Back” performed by Meryl Streep; “There’s Something About The Woods” behind-the-scenes featurette; “The Cast As Good As Gold” featurette; “Deeper Into The Woods” 4 segment featurette: “From Stage to Screen,” “Magic of the Woods,” “Designing the Woods” and “The Costumes of the Woods”; commentary with director Rob Marshall and producer John DeLuca; “Music & Lyrics” direct access to the musical song segments, with optional sing-along lyrics; “5 Golden Eggs” (Easter Eggs). 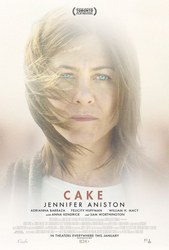 The melodrama takes us into the darkly funny world of Claire Bennett (Jennifer Aniston), a woman in pain. Her physical pain is evident in the scars that line her body and the way she carries herself, wincing with each tentative step. She’s no good at hiding her emotional pain either. Blunt to the point of searing insult, Claire’s anger seethes out of her with nearly every interaction. She has driven away her husband, her friends – even her chronic-pain support group has kicked her out. The suicide of Nina (Anna Kendrick), one of Claire’s fellow chronic-pain group members, prompts her to initiates a dubious relationship with Nina’s widowed husband (Sam Worthington), all the while confronting fantastical hallucinations of his dead wife. With her feisty housekeeper-cum-caretaker (Adriana Barraza) ever at her side, Claire searches for human connection and self-forgiveness in this tale of personal redemption. Vitals: Director: Daniel Barnz. Stars: Jennifer Aniston, Anna Kendrick, Britt Robertson, Lucy Punch, Sam Worthington, Chris Messina, William H. Macy, Felicity Huffman. 2015, CC, MPAA rating: R, 118 min., Drama, Box office gross: $.916 million, Fox. Extras: “The Many Layers of Cake: Learning to Live Again,” “The Icing on the Cake: Meet the Cast,” trailer.