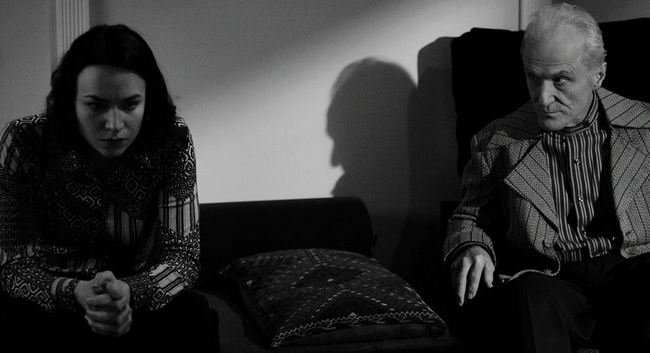 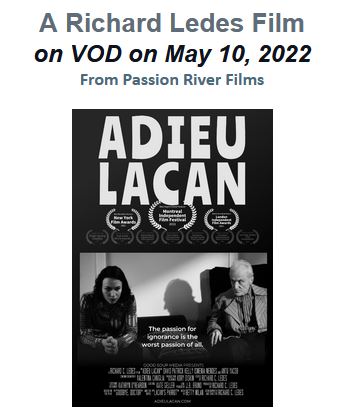 Adieu Lacan tells the story of a young woman’s struggle to understand why her own path to motherhood has reached an unbearable impasse. Jacques Lacan, the controversial French psychoanalyst who is widely recognized as one of the most important intellectuals of the 20th Century, is portrayed by David Patrick Kelly (John Wick, Twin Peaks), who profoundly illuminates the psychoanalyst’s passion for his work. Ismenia Mendes (Orange is the New Black) plays Seriema, the character based on author Betty Milan, whose youth and adherence to the truth of her own experience as a young woman make the encounter between analyst and patient a tempestuous one.

According to Lacan the analyst is in the position of what he called “the object cause of desire,” which can be described as a mystery to be solved by the “analysand” (the person who chooses to do an analysis). The Slovenian philosopher Salvoj Zizek has compared this object cause of desire to Hitchcock’s theory of what the filmmaker called a “macguffin,” the central motivating cause of a plot—like the Maltese Falcon in Huston’s film by the same name—that’s only real value is given to it by its place in the plot as a mystery to be solved and not by any intrinsic quality of its own.

Director Richard C. Ledes states, “Lacan compared the process of psychoanalysis to the maieutic process that Socrates practiced, stating he knew nothing other than that each of us must give birth to our own knowledge. Maieutic comes from the Greek meaning ‘pertaining to midwifery.’ We can say that in ADIEU LACAN the character of Seriema must first give birth to her own subjectivity in order to pursue her desire to give birth to a child.”

Adieu Lacan is written and directed by Richard C. Ledes, Ph.D., director of Fred Won’t Move Out (starring Elliott Gould), The Caller (starring Frank Langella and Elliott Gould), Foreclosure (starring Michael Imperioli) and A Hole In One (starring Michelle Williams and Meatloaf). It stars David Patrick Kelly and Ismenia Mendes. Valentina Caniglia served as cinematographer. The film is based on the play “Goodbye Doctor” and the novel “Lacan’s Parrot,” both autobiographical works by the Brazilian psychoanalyst and writer Betty Milan.

The film will be distributed by Passion River Films, and will be released on VOD on May 10, 2022 on several platforms including iTunes, Amazon and Vimeo.

‘The Godfather’ Makes an Offer You Can’t Refuse: On 4K Ultra HD March 22

Three of the Most Shocking Oscar Snubs