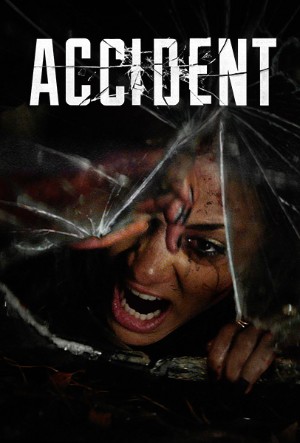 ACCIDENT, the first feature-length film from writer/director Dan Tondowski, debuts exclusively on digital March 6 from Well Go USA Entertainment. Tondowski brings together an up-and-coming young cast, including Stephanie Shield (Death Race 2), Roxane Hayward (Death Race: Inferno), Tyrone Keogh (Starship Troopers 3: Marauder) and Keenan Arrison (upcoming: Tomb Raider) for this edge-of-your-seat thriller about a group of teenagers trapped at the bottom of a ravine with a psycho out to kill them.

Synopsis:
When a foursome “borrows” a car for one night of fun, what starts as a wild joy ride turns into a nightmare. After a violent crash, they discover that being stuck at the bottom of a ravine in an overturned car is the least of their problems. The psychotic owner of the car that they stole has them in his crosshairs and will stop at nothing to get both the car and its contents back.
Country of Origin: South Africa & France

ACCIDENT has a runtime of approximately 89 minutes and is not rated.

‘Landing Up’ Arrives Digital, Disc May 15

‘The Retreat’ Waits for Terror on Digital, VOD, Disc Nov. 10