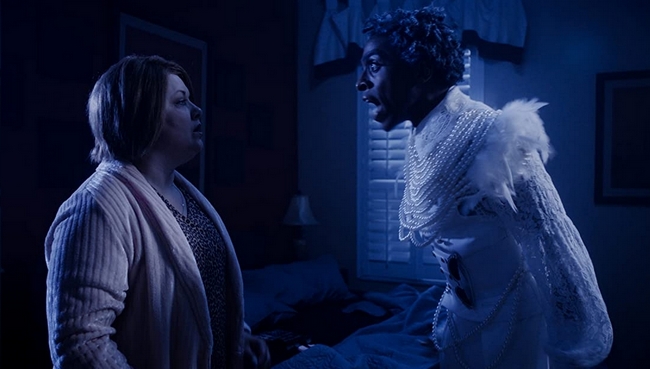 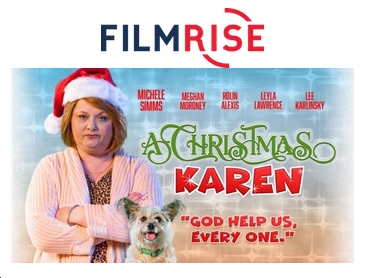 BAH HUMBUG! THIS HOLIDAY SEASON, TODAY’S SCROOGES WILL LEARN WHAT THE CHRISTMAS SPIRIT REALLY MEANS AS FILMRISE, IN PARTNERSHIP WITH RENAISSANCE ENTERTAINMENT, DELIVER THE HOLIDAY COMEDY

Coming to VOD on November 18, a Hilarious Take on the Classic A Christmas Carol Story Stars Michele Simms (“Oversharing Mom” in the Carvana TV Ads)

This “Karen” is going to get hers! FilmRise has announced the holiday comedy A Christmas Karen, from Renaissance Entertainment, is coming down the chimney on demand and on digital November 18th including AppleTV, Amazon, GooglePlay, Vudu, Microsoft Movies and many others.  Starring Michele Simms, who first rose to fame as the super excited “Oversharing Mom” in the viral Carvana television commercials (which have been viewed more than 23 million times on YouTube), the film is a modern reimagining of the classic holiday story A Christmas Carol.

A Christmas Karen is co-directed by Renaissance Entertainment co-founders Jon Binkowski (CHARACTERz) and Lisa Enos Smith (Because of Charley), renowned theme park attraction creators for such clients as Universal and Disney).  Binkowski also serves a producer while Smith is an Executive Producer. The film also stars Meghan Colleen Moroney as Jackie, Ashley Jones as Robin, Rolin Alexis as Gary – Ghost of Past, Leyla Lawrence as Joy — Ghost of Present, and Lee Karlinsky as Damon — Ghost of Future.

A Christmas Karen centers on an entitled, egocentric middle-aged woman named Karen (played by Simms), whose demanding and inconsiderate nature has alienated her from her neighbors and family alike. After a series of instances displaying her privilege, prejudice and bad attitude on Christmas Eve, Karen receives an “intervention” by three unconventional spirits who take her on a much-needed journey of self-awareness and self-reflection. Using humor to shine a spotlight on the lack of consideration and civility in today’s society, A Christmas Karen is ultimately a story about the power of redemption.