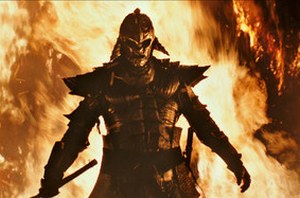 The legend of the 47 Ronin, a real-life group of master-less samurai in 18th-century Japan who avenged the murder of their master, has been the backbone of stories and plays for a couple centuries now, so it’s a shame that the story had to be tarnished by this uninspired special-effects yarn starring Keanu Reeves, Hiroyuki Sanada, Kou Shibasaki, Tadanobu Asano and Rinko Kikuchi. In this outing, Reeves plays Kai, a half-Japanese, half-British outcast, raised in the forest by mystical Tengu warriors, who is taken in by a benevolent master to become a samurai, only to be sold into slavery when the master is treacherously murdered by a rival warlord. Kai is freed from slavery by one of the ronin, and helps lead the 47 ronin into battle with the evil warlord, but not before fighting a never-ending supply of weird creatures, mystical warriors, and a bewitchingly beautiful witch. Unfortunately, Reeves is just not up to the chore of being an action star, and despite the support of a talented cast, the movie stumbles and falls before the sword of dull action, cardboard characters, and leaden pacing. It’s been done better before.Extras: “Re-Forging the Legend”:­ The story of 47 Ronin is one of Japan’s most time-honored legends; filmmakers talk about how they brought this “dream world” to the big screen, from script to costumes, visual design, and culture; deleted scenes. Blu-ray adds “Keanu & Kai” martial arts featurette; “Steel Fury: The Fights of 47 Ronin” action sequence choreography featurette; “Myths, Magic & Monsters: The Fx of 47 Ronin” featurette. Vitals: Director: Carl Rinsch. Stars: Keanu Reeves, Hiroyuki Sanada, Kou Shibasaki, Tadanobu Asano, Rinko Kikuchi. 2013, CC, MPAA rating: PG-13, 118 min., Action-Adventure, Box office gross: $38.297 million, Universal.